Broken, beat and scared – but we ain’t done, yet!

It’s been a tough week. Starting with a draw which nonetheless put us down to 18, it continued with a defeat against Augsburg. Every single match feels like a final now, next to come: Freiburg 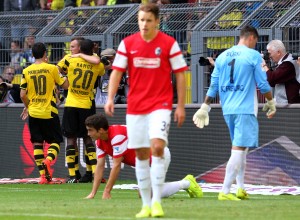 What could possibly give us hope at the moment? Freiburg – an experienced team when it comes to relegations battles. A team that somehow managed to stay in the league despite their strategic disadvantages: small stadium, bigger teams in the area, little money, best players leaving after each season. And still they manage to stay, even qualified for Europe some seasons ago. On the other hand, Borussia Dortmund – no experience in relegation battles at all, no stability, no tactical finesse anymore, unfit players and a more than damaged confidence. What could possibly give us hope???

There are still 15 matches left – 45 points to gather. Even that would be enough not to get relegated. Sure, we won’t win all the matches, but we’ve got some points and we should manage to collect some more. Secondly, all the teams are close together. Hertha and Paderborn have been drawn into the relegation battle as well. Are there any two teams that are worse than us at the moment? I sure hope so! We have to build on the fact that we can still turn this around. The team needs to feel it during the match: Not all hope is gone and not everything is lost. 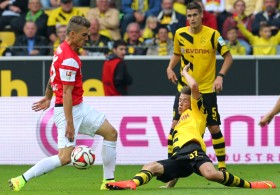 Freiburg started well into the second leg of the Bundesliga campaign. They bought Petersen from Werder Bremen and guess who scored three in his first match?! But it was just a small glimpse of hope for Freiburg as well. They lost the next match against Mönchengladbach leaving them on place 15. This shows how narrow the situation is. Freiburg was last and just three points moved them four places up. Freiburg haven’t lost as many matches as others at the bottom. They drew quite often which won’t give many more points than losing. For Freiburg, a draw would, nonetheless, be considered as a win against us. And that’s something we will experience tomorrow. They’ll try to leave the ball to us which isn’t our biggest strength and then try to counter attack from a solid defence.

On the other hand, Borussia Dortmund will have a new starting XI. Großkreutz is out for six weeks with a muscle injury. Bender and Kehl will still be missing as well. Others, like Piszczek are doubtful. It doesn’t even matter who will be playing tomorrow. There is only one thing we need at the moment: Eleven players on the pitch whose heads aren’t blocked and willing to fight – no matter what. This is not about playing well or elaborated or beautifully. This is just about gathering points – no matter how. 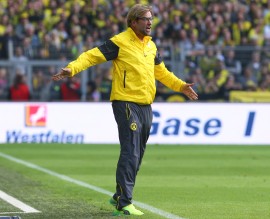 Many BVB supporters will follow the team to Freiburg. All motivated to push the team to the limit and to give what it takes to take points home. By far the worst away block in a stadium and in many cases the worst security checks and police behaviour awaits our fans. Apart from that it is quite a ride to Freiburg as well. It doesn’t matter! We’re gonna be there!