It cannot get any worse. That’s we kept telling each other week after week and then Borussia get back on the pitch and prove that it can still get worse. All hope is gone now! We’ve seen a dead team with no chance to win again. These lines sound far too depressing! Looking back on the Augsburg match shows how much truth is in there. 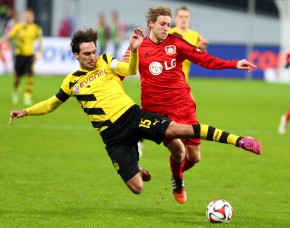 Last Saturday we had to take on Bayer Leverkusen as a start of the second leg of the Bundesliga. Although we gathered just one point, the conclusion was quite easy: We drew against a team that has a lot of attacking power, that is a threat to most other teams and qualifies pretty constantly for the Champions League. Compared to the matches in 2014 it was step forward. Maybe not as big as many people thought, but at least a step forward. We didn’t concede a goal. We didn’t score either. But the main aspect was that defensive stability somehow came back. We were able to keep a clean sheet! Against one of the top six teams in the Bundesliga. We’re on the right way.

The Augsburg match should have been the next step. Not that everyone was expecting an easy win. But at least another draw, another clean sheet, another match without stupid mistakes.
Before the match there was a moment of intense applause to remember our former coach Udo Lattek who passed away a couple of days ago.
The match itself started ok. Minor chances on both sides, nothing special. After 16 minutes Weidenfeller tried to keep up with Neuer running out of his goal too far. Luckily, Ji, the former BVB player, was not able to make his chipped ball work its way into the goal. Around ten minutes later many Borussia Dortmund supporters celebrated the first goal of the year. Unfortunately, it didn’t count as Aubameyang was off-side. Immobile should have taken the shot and not try to cross it. The first half had no other highlights and the players were probably happy to get a break from the cold. 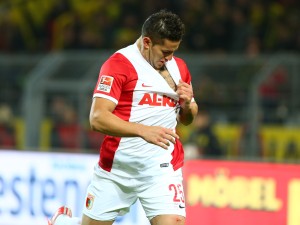 The second half started with a shock. Just five minutes back into the match, Altintop was able to cut the whole BVB defense open. Getting the ball served on a silver plate Bobadilla had no problems to score. There it was back again: We fell asleep and put ourselves under more pressure than we could possibly carry. At least there was Aubameyang who tried to give that match another ending. Being fouled just before scoring it meant that Janker, the Ausgburg defender, had to be sent off. Augsburg down to ten men did what they had to do: defending with everything they got. Against this defense and with 25 minutes left, our BVB was still not able to score. Mkhitaryan and Immobile had good chances but Manninger was having brilliant ten minutes and saved all the shots/headers. Getting nearer to end made our players get even more nervous. Crosses found the pigeons on the roof rather than anybody’s head. A truly devastating picture.

Is this the end? Is all hope gone? It seems so. It seems like nobody is trying to get out of this situation 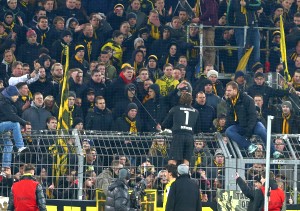