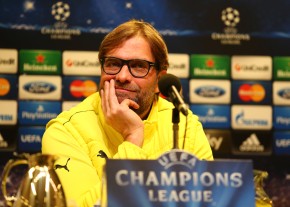 In Tuesday’s match Borussia faces the typical semifinal challenge. We need to win to qualify for the final at Marseille. Simple as that. We lose or draw, it’ll be Europa League at best. Well, Rafa Benitez’ SSC Napoli has different plans. They could already seal the deal if they win points at the sold out Westfalen temple. And the Spanish veteran on the bench is known for the well-organized defence of his teams. Coach Klopp faces the usual challenge, he needs to find a new back line once more because Manuel Friedrich, who had a mixed debut against Bayern cannot play in Champions League.

The 0:3 defeat against Munich was a wake-up call for everybody around Borussia Dortmund. Whoever was still dreaming of competing with the Bavarian moneybags for the Bundesliga title was given a big reality check. We even lost the spot as top contender to Leverkusen, but that can be dealt with in two weeks at the Westfalen temple. For now the focus must be on the most important match of the first half of the season. Our European ambitions are at stake and missing out on the big Champions League money could also mean that Borussia has not much spending money for the winter transfer window, when a further defender is desperately needed and the dreams of bringing back Kagawa Shinji might be realizable.

Klopp would not reveal his plans for tomorrow’s defensive line-up during the presser at the Westfalen temple. Will he move Bender back? Play Kehl in defence? Give youngster Koray Günter a shot? Or even try something crazy like moving Kevin “Dortmund-boy” Großkreutz into the centre and start Lukasz Piszczek? “Piszczek is fit to play more than just 10 minutes” said Klopp “That’s the best news. Otherwise it would not make sense to include him in the squad.” One thing is for certain:Sokratis Papastathopoulos will lead our central defence. So far for the good news. Sokratis knows, “that this will be a tough job.” “It is a real final”, he added, ignoring the fact that even if we win, the final of the group stage in Marseille will also have to be won. 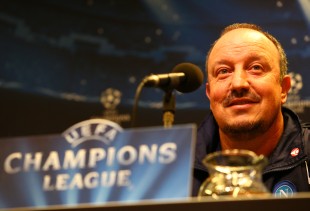 “Tomorrow will be a difficult match” Klopp knows “Napoli has a lot of quality.” “When the groups were drawn, some said, this would be the strongest group, but everybody predicted it to be the closest group in the end” Kloppo said “Now is up to us to make this prediction come true.” “We need to win both group matches to have a chance to qualify, our opponent is well aware of this fact and this will have an influence on the match”, Klopp hinted that he expects Benitez to choose a temporizing tactic. The Napoli coach on the other hand expects Borussia to “try their luck in offence”. Benitez added, that “we will focus on dealing with their attacks and try to deliver some punches of our own.

A lot will depend on the Dortmund supporters, who showed their team in such a marvelous fashion on Saturday, that you can lose a match and still hold your head up high, if you have given all you got. On Tuesday the patience of the supporters might be put to a real test, if Benitez’ concrete will withstand our attacks. We must create that special Dortmund Champions League atmosphere, that has made the impossible possible against Malaga or Madrid last season. We must push our team forward, even if they struggle to create chances. We must give them the feeling, that we will carry them to victory no matter what. If we do our part, the team won’t let us down. It is time for the Westfalenstadion roar!