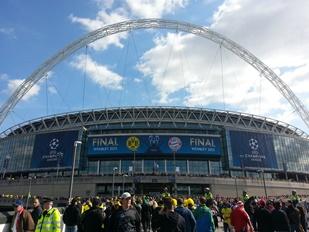 Welcome back to the Championsleage, let us all welcome a new and hopefully exciting and successful chapter of our CL history.Truthfully, last season was weird. On the one hand it was amazing and perfect and there were so many goosebump moments and moments of utter joy and madness, it will be difficult to top that in yet another, let's hope, long season of international football. Nevertheless, we would not be the Ballspielverein if we did not try to make the best out of every season and give every season and every game a special note. Because that's what we are all about. We don't rest on former greatness. We try to create something new and special every year.

On the other hand, though, it was a very- well- loaded season as well. Despite all the great things of all these great moments, these moments were- in the end- simply a lot to handle. I was glad when the season was over, because as so often, when you get so many impressions and make so many incredible experience in such a short time, you need some time to handle what you have just gone through. That time was given to us, and now I can hardly wait for the game against Napoli to begin. So we are finding ourselves in a 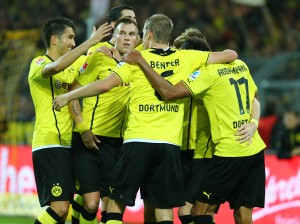 new Championsleague season but somehow things still feel strangely familiar. A closer look at our group opponents explains the situation. Arsenal and Marseille have been our opponents before and those memories are burried somewhere rather deep down. We have a lot to make up since we only gathered one point out of the four games against those two clubs. Not the best quote to be honest. But before we can devote ourselves to Arsenal and Marseille Napoli from Italy will host us and this should be an interesting game. Napoli is a team with great tradition and terrible jersey colours but a great bunch of enthusiastic friends. In Germany we would consider the atmosphere as a which's cauldron. 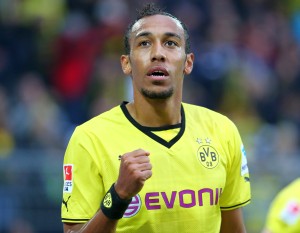 Currently ranking on number 1 in the table, Neapel must not be underestimated. They have managed to complete the group stages before as second winners of the group (Munich being first), leaving Man City behind them. And just like us against Hamburg, Napoli is expecting us with a victory in their back. Moreover Napoli is not the team that you would be totally afraid of but that is exactly the reason why they are such a dangerous opponent. They have won the Uefa Cup over 20 years ago, which is their last international trophy and in the Serie A they have never managed to be quite as successful as the likes from Inter and AC Milan or Juve but nevertheless Napoli has always played up there with the likes of the earlier mentioned ones and has no reason to hide. It will most certainly not be an easy game to play and we need to be absolutely cautious and alert in our defense and just as eager and determined in our offense as we were against Hamburg.

It is good to know that we have had a perfect start into the new Bundesliga season and now we can take the first step towards another great Championsleague season with just as many amazing, happy and absolutely perfect moments. Plus: Lissabon is an utter beautiful city, and definetely worth a journey down their. Wouldn't it be nice if that journey down there was for a yellow Championsleague Final?
Come on Ballspielverein, whatever it takes, we will be in Napoli, in Dortmund and all over the world to support you! If you rely on your strengths,this will be a glorious football night for all of as in black and yellow! Ballspielverein!