Let the curtain rise for a new season! 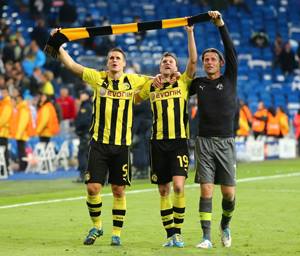 The summer break was long- for some it was simply too long, for others it was just right. But one thing we all share and one emotion that connects us all is the utter joy that the summer break is finally over and the beginning of a new season is right ahead of us. It took a few days or even weeks to ease down again after an incredibly exciting and yet still heart breaking Championsleague Final. A lost final is nothing to be sad about, at least not with this team after that incredible past season, but still the batteries needed charging, ours as well as the players ones and now we start fresh with a Bundesliga to conquer again and the Cup and Europe to win over.

Last week we were offered a first glance on what football was actually like. Some of us might have forgotten exactly that after those long and dreadful discussion on who might actually join our team and who would be leaving and all the other inbetween-talk. 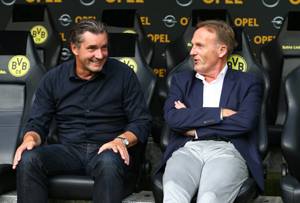 However, since last week finally showed us what we have missed for such a long time, it is now time to lay all eyes on the Bundesliga and take care of everyday business. And everyday business does not start with a homegame this season but with an awaygame in "doll-city" Augsburg. Now Augsburg is an opponent where you do not really know what to expect. After not having been in the Bundesliga for too long it came as a surprise for many of us that is was a team like Bremen amongst the ones like Augsburg that was struggling to stay in the Bundesliga and fight against relegation. Augsburg did struggle, but they also managed to save themselves on the last matchday of the past season, fighting with a lot of heart and passion against a fate that many of us had predicted for them at the beginning of the season. Instead of Augsburg, Düsseldorf had to go down and Hoffenheim went onto table position number 16, leading Augsburg to long and enthusiastic celebrations. It cannot be said that we are expecting Augsburg to give us a hard time but they definitely are an unpleasant opponent - especially at the beginning of a season where our Borussia have proved quite a few times to be quite a surprise-bag as well. So here we are now, facing the first matchday of the new season that has a lot to offer after those fantastic years we have got to experience. Unfortunately our new signing Mkhitaryan will not be able to join our team for this first game of the new season after he is not quite through with the recovery from his injury. Furthermore there is a questionmark behind our number 8 Gündogan since a backinjury has kept him from practicing well during the week. Nevertheless we have a brilliant squad that is eager and determinded to present us all the emontions of the past 12 months once again and I can tell you, dear readers, I am glad and totally excited to welcome you to another season of goosebumbs, joy, shivering, laughter, excitement and 100% Borussia Dortmund! May we all gather all we have to make the upcoming season an unforgettable one! Dear Ballspielverein, so good to have you back! 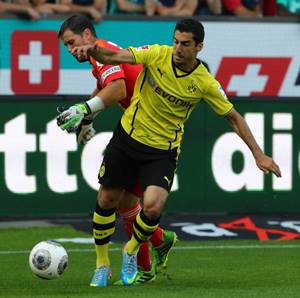 Here are the bets for our first matchday

Dominic from Ireland vs. Ida from schwatzgelb.com