Foreplay: It?s not the real deal but it can be nice! 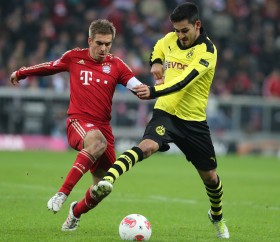 The clash of the Bundesliga giants is coming up this Saturday and nobody seems to care. In recent years the duels between our beloved Borussia and the Bavarian moneybags have been the highlights of the season. Matches to remember. Matches were championships were won and lost. And then the unforgettable night in Berlin where we made the historic double reality. Saturday’s match is about nothing much. Bayern will remain first, we’ll end up second. The rest of the season is overshadowed by the historic all-German final in Wembley.

Even Jürgen Klopp had to admit that it will be tough to motivate his team properly for the match against Bayern and the man is the master of motivation. Our Champions League heroes have returned from Santiago Bernabeu proud but bruised. So it will be exciting to see Saturday’s starting line-up. The coach made clear, that he will play the team with the best match fitness. That leaves some options to rest players, but on the other hand he emphasized the importance of our reserve team for the youth concept of the club. Klopp wants them to avoid relegation from third division and since they are struggling to achieve that goal and play an all-important away game at Heidenheim on Saturday Klopp opted against pulling any reserve players like Jonas Hofmann into the pro-squad, even though the aspring youngster made quite an impression in the matches against Augsburg and at Düsseldorf.

The man who caused a lot of controversy by announcing his Bayern move for next season will be out for sure. He tore a muscle but BVB-Doc Braun was optimistic to get Mario Götze back into shape for the final. It will be once more interesting if Klopp is going to start him, if he gets fit in time. Lukasz Piszczek needs every break he can get, as he is facing hip surgery in the summer break and was only able to play under heavy painkillers in the last months. Also Sven Bender might get a break, as he suffered a minor injury in Madrid. And there are lots of other candidates who would happily enjoy an afternoon on the bench after giving their all at Madrid. 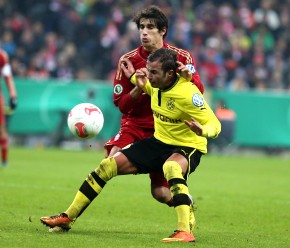 The Bavarians on the other hand will make use of the depth in their squad for sure. They can bench half the team without losing much quality. The line-ups of both teams are absolutely impossible to predict. So the match on Saturday will not only be different because it is comparatively meaningless, it will also be played by two very different teams. Nonetheless it is a Borussia match in front of a capacity crowd. The weather should be quite nice on the weekend, an overcast sky and roundabout 20°C are expected – perfect weather for an afternoon in the Westfalen temple. A win would be nice, but maybe a loss would make them underestimate us just that tiny little bit at Wembley. Even a draw would be okay to me, sounds relaxing enough for me. As a person who suffers from a pulse rate way above 180 during regular BVB matches, Saturday might be like taking a cure.

So I am looking forward to this match. After all the excitement the Champions League gave us, it will be nice to step into the stadium in a relaxed mood to watch a football match nobody cares too much about. It may only be foreplay and not the full monty, but who cares? A bit of foreplay can be nice as well, when you know the climax will come in a while. To reach that ultimate high we will pilgrimage to a different temple in three weeks’ time. But that's a different story. First, let’s enjoy some foreplay…