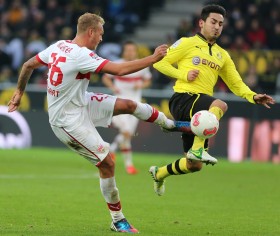 In between the national team‘s world cup qualifier against Kazakhstan and Borussia Dortmund‘s Champions League quarter final clash in Málaga, our black-yellow boys have to face VfB Stuttgart on the road. While there is no chance to win a third Bundesliga title in a row the race for the second spot is still running.

Dortmund have to face a difficult task. On the one hand they have the important Champions League matches against Málaga CF in mind, on the other hand despite Bayern‘s sure win of the Bundesliga title there is still some work to do to secure a comfortable Champions League qualification spot. Leverkusen on the third spot is trailing by 4 points while Frankfurt is 10 points behind. So with a win in Stuttgart Borussia Dortmund could raise the pressure on the chasers. Playing Champions League is important for Borussia Dortmund. Not only because of the big prize money that is distributed but also because of the sportive perspective for our young talented players. Players like Götze, Hummels and Gündogan are sought-after in Europe and it needs more than just money to make them stay in Dortmund over the next years. Champions League is surey a big lure to all of them. 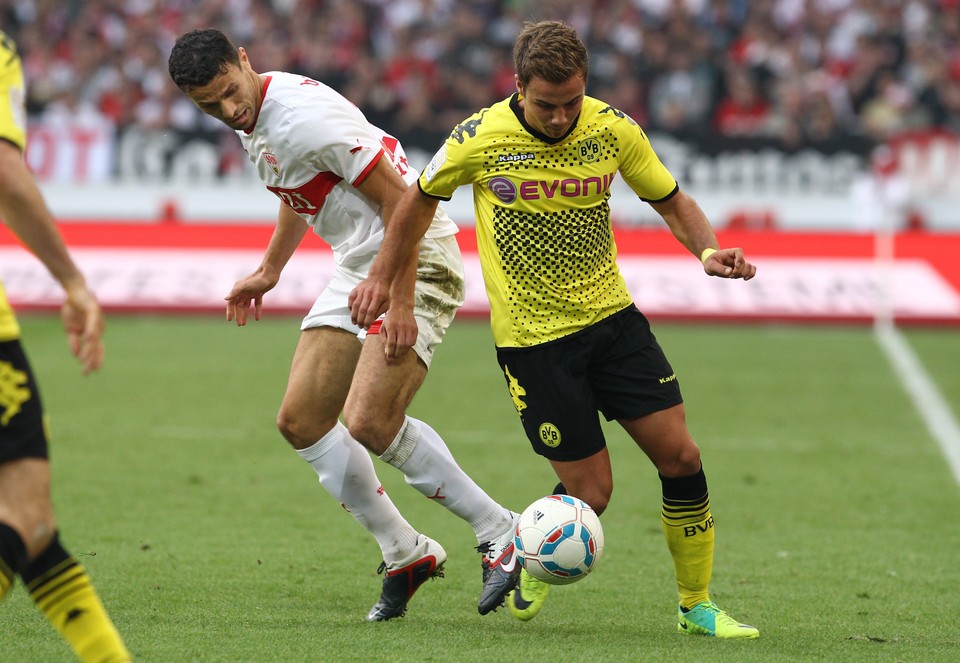 Götze, Gündogan, Reus, Schmelzer and Bender were on the road during the week. Germany‘s national team had to face Kazakhstan in a double header. Germany is leading the qualifying group and made no doubt about their ambition to qualify for next year‘s World Cup in Brazil. The second match was played in Nuremberg and ended 4-1 for Germany. All four goals were scored by Dortmund players. Especially Gündogan showed a brilliant performance, scored once and gave one assist.

But back to Bundesliga. Stuttgart was a displeasing opponent during the last two years as Borussia Dortmund wasn‘t able to beat the Swabians. Especially in mind is the magnificient 4-4 draw last season. Borussia Dortmund were leading 2-0 and there was absolutely no indication that Stuttgart could turn arond this match. But out of the blue VfB Stuttgart scored three times within a couple of minutes. Borussia Dortmund striked back and scored twice in the dying minutes. 4-3 would have been a perfect result, but Stuttgart had one last attack and curiously scored the 4-4 equalizer - unbelievable match!

For this weekend‘s clash Jürgen Klopp has to cope with some injuries. Mats Hummels has already started with individual training but is no option for the Stuttgart match and Málaga clash. Felipe Santana will take his spot. Neven Subotic will be his partner in central defence. Schmelzer as left back, while Piszczek is his counterpart on the right side. There are some options in holding midfield. Gündogan is a sure starter. But it will be interesting to see who will partner him. Nuri Sahin made a fantastic appearance against Freiburg and scored twice. A more defensive solution would be either Sven Bender or oldie Sebastian Kehl. Mario Götze will play behind sole striker Robert Lewandowski. Reus will start either on the left or right wing. As Kuba got back injured from his national team duty during the week, Kevin Großkreutz will probably take his place. 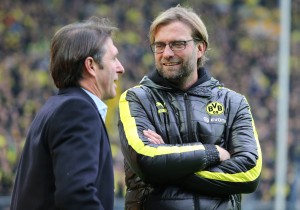 VfB Stuttgart coach Bruno Labbadia will have to replace Kvist and Molinaro as both got booked for the fifth time last match day. So it will be an even more difficult task for Labbadia to earn their first win at home for several weeks. Homegrown goalie Sven Ulreich will starter. The flat four will be made up by Sakai, Tasci, Niedermeier and Boka. Gentner and Holzhause will start in holding midfield. Harnik, Maxim and Traoré make up an offensive line behind striker Ibisevic.