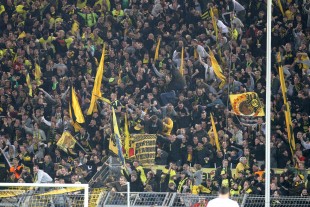 Borussia Dortmund meet Fortuna Dusseldorf tonight on what is a shocking day for the city of Dortmund. This morning a giraffe fell to the ground and - while Dortmund media ran minute-to-minute coverage trying to cover one of the biggest events in recent Dortmund history- has sinced passed away.

However, a 12 minute and 12 second long silence at the Westfalenstadion will not be about mourning the tragic death of Tamu, the giraffe. The silent protest is part of a nationwide action from German football supporters, unwilling to accept measures written down in a DFL paper, cynically called Safe Stadium Experience. “We knew we had to stand up against the association and politics – together,” The Unity man Olli told schwatzgelb.de. “Fact is: DFL has taken things too far with this paper.”

After Bundesliga clubs had protested against the paper, it had been adjusted earlier this month but when the draft is put to vote on December 12th reduced away tickets as well as full body searches for away fans are looming over German football fans- All the while, putting football fans under general suspicion. The action is coordinated by several German fan groups and will go on until December 12th, when the draft is put to vote. 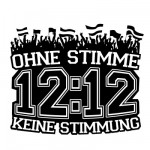 “A boycott during a home match means we are entering unknown territory,” Oli explained. We all remember the boycott in Gelsenkirchen and several boycotts in Hamburg, all directed against the price hike in German football. But this time it seems to be even more urgent with the topic not being price hikes but the future of German fan culture and a looming abolishment of safe standing, which has still not been ruled out by German FA officials. “I repeat: To not support your team hurts, no doubt about it,” Oli explained. “But I want to be able to support my team in the upcoming seasons, be it in the Westfalenstadion or away.”

“We have informed the players,” Oli went on. “We spoke to several players, who said they understood us and asked us to support us even louder after those 12 minutes.” One of the players informed was Sebastian Kehl. 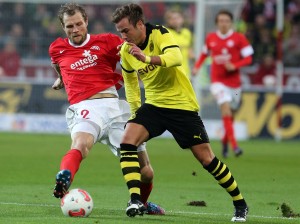 The skipper has returned to team training on Monday. But after being sidelined with knee problems could miss out on the game against Dusseldorf. Kehl is not the only player doubtful for tonight, with Ilkay Gündogan and Mario Götze both coming out of the Mainz game with minor injuries.

Jürgen Klopp might rest the midfielders ahead of the Bayern clash on Saturday and place Ivan Perisic next to Sven Bender and field Großkreutz, Reus and Kuba in midfield. The Blacknyellows have so far rode the wave through their mid-week clashes and will want to add three more points to the tally of 25.

Fortuna Dusseldorf, on the other hand, have had their share of trouble after returning to Bundesliga. Despite their recent win over Hamburger SV the main concern in Dusseldorf these days is what Ukraine star Andrey Voronin does on the bench and in the nightclub. Dusseldorf, currently have 14 points, and stand two above the relegation line. But in a league as close as Bundesliga this year they could easily drop down to the relegation zone until the winter break . The Rheinsiders will be without most of their defense and general manager Wolf Werner, 70, admitted he did not know the second names to players that might make the squad tonight.

And while this all sounds like walk in the park for Borussia, 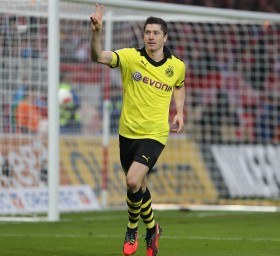 we still need to open the scoring and take it from there. Dusseldorf like to park the bus and we all know they tend to get bigger when holding on to a draw. Three points are all we need:

For Tamu, for Borussia: Fortuna!