Borussia all over the globe

A couple of months ago, the Facebook site of the BVB started collecting pictures that showed fans of Borussia in their jerseys, with their scarfs and flags in a lot of different countries all over the world.
When I first saw those pictures, I thought it was a nice idea, but then it came to my mind that it would be much more interesting not only to see the German supporters travel the world but also to get to know supporters in other countries, and especially to get to know their ways of becoming fans of Borussia Dortmund.
This is why we are going to introduce you to a supporters club that, at least in the German perspective, is located in Far Far Away Land: Say hi to our friends from Borussia Dortmund Australia! 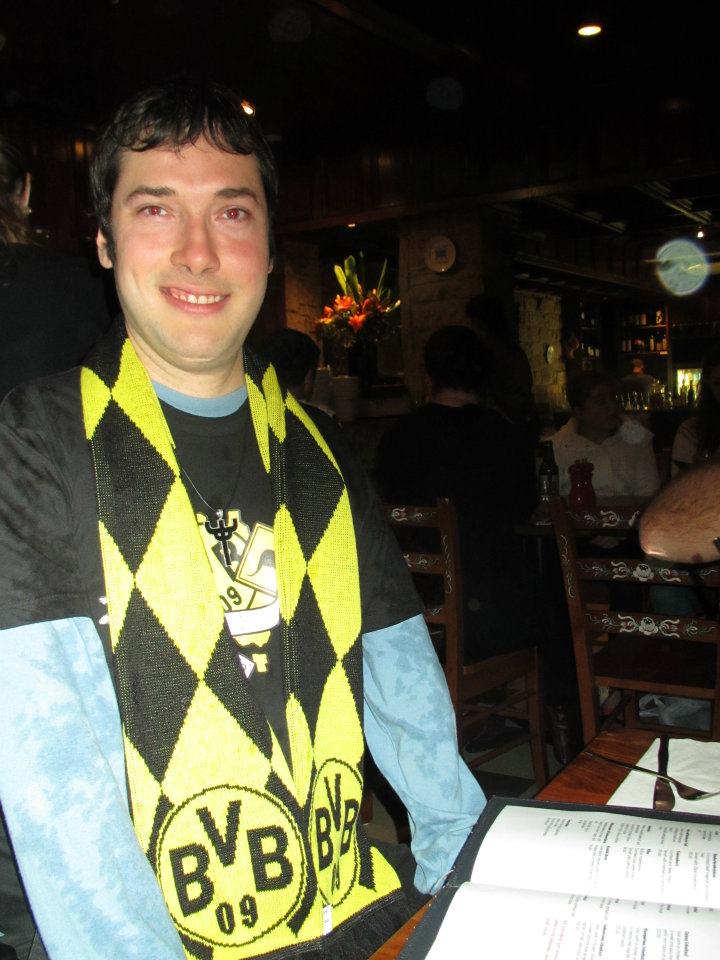 The club was founded by Dan Mowbray who together with Andrew De Jong, Peter Murawski and Cameron De Jong chairs the club. The four also run the fan page on Facebook. They've told me a lot about what made them love Borussia and some interesting facts about the club that was founded recently, in April 2012.
Dan became a Dortmund fan when Mitchell Langerak was first signed. Together with Cameron, he visited Dortmund in July 2011, but unfortunately there were no games at the time. As it was summer break of the Bundesliga, the two visited the - empty - Westfalenstadion. Still, their passion for football greatly increased during that trip. Having returned to Australia, Dan was looking on Facebook for Australian BVB fan clubs and noticed there was none, so he decided to create one as he has always been a big football fan and loved watching the Bundesliga. Looking back, he now says: "When I created Borussia Dortmund Australia I didn't expect it to grow as big as it currently has."

And 2012 is definitely the year of big happenings for Borussia Dortmund Australia. Now that Mustafa Amini was signed, they have a second player from Australia in the team. The 19 members had their first meetup a couple of weeks ago, and the club is planning to have more of these: "We are looking to expand during the season and will hopefully have meetups in Sydney, Melbourne, Brisbane and other cities for matchdays." At the moment, 15 of the 19 members are from the Sydney area. Also, they have currently sent registration forms to the BVB and will be the only official fanclub in Australia once registered.
The next big thing to come is that Andrew, Cameron and Dan are heading over to Europe and will be attending the Supercup and the first home game against Werder Bremen. They are all very excited to finally see a game in Dortmund and are absolutely looking forward to have a part of their fanclub being represented on the Südtribune. When they come over, they will be meeting the Dortmund Eagles and Thüler Borussen. Dan cuts a long story short with the beautiful sentence: "It's fantastic to be able to come together from all over the world, with a united passion of BVB."
I guess passion is especially what you need to wait until late at night to watch a game of the BVB live on TV! Usually games will be on at 11.30 pm or 4.30 am so it's often waking up early or staying up late for the members of Borussia Dortmund Australia. In general, the Bundesliga is starting to get more and more coverage in Australia. 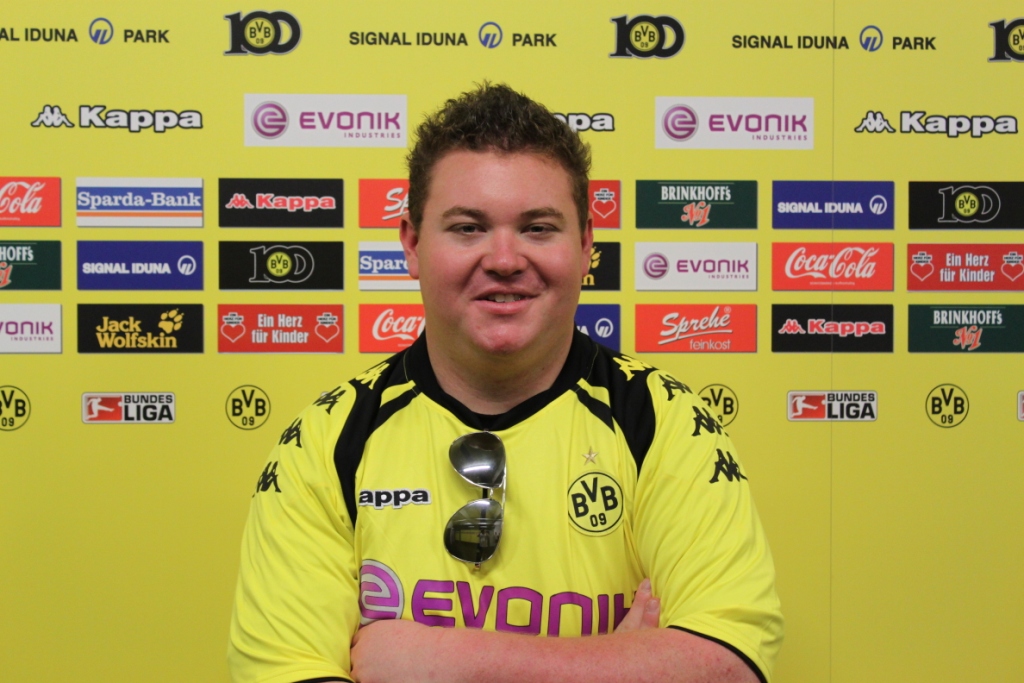 The TV station Setanta currently shows 4 live Bundesliga games a week. As the BVB is becoming more successful, most of their games were televised last season.

In the end, Co Vice-President Peter, who unfortunately will not join for the trip to Europe, tells you about his connection to our Borussia:
"My father was born in Dortmund and lived in what used to be quite a busy street, 100 Kaiserstrasse. He lived with his parents (Egbert and Adelheid), grandparents (Ernst and Rosa) and his uncle (Paul). All of them shared a two bedroom flat on the top floor of 100 Kaiserstrasse. In 1960, dad and his parents emigrated to Australia, whilst his uncle and grandparents stayed behind in Dortmund. As dad grew older, he started to follow Borussia as it was in his Dortmund blood. Dortmund was his birthplace and so as most supporters, you are born into the local team. From the moment myself and my brother could talk, we were kicking around a football and through dads connection to his hometown, we became Dortmunders, too. Every birthday or Christmas, gifts with the BVB logo ranging from t-shirts and jerseys to coffee mugs and bumper stickers would be sent from Paul and his wife and were proudly shown off whenever we had the chance. So through family, and the notion of 'home is where the heart is', is where my love for BVB comes from. Plus wearing a fluro yellow Champions League shirt with Möller 10 on the back was pretty cool back in the 90's".