Back to normal day life 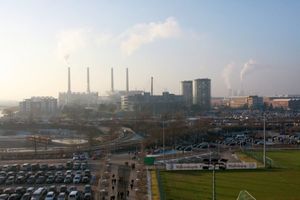 Boy, what a match we saw last weekend. A thrilling 4-4 draw with many changes in the lead and an extratime equaliser by Stuttgart. Nonetheless the black-yellow mates have to go on and make their next stop in Wolfsburg. The Volkswagen-owned team, is on a winning spree with 12 points out of the last 4 matches, so really a tough task.

Let's drop some more words about the magnificient match 7 days ago. Borussia Dortmund controlled the match for 60 minutes and led 2-0. Considering the lousy conversion rate, our team should have scored 3 or 4 goals by that time. With taking Ilkay Gündogan off the pitch VfB Stuttgart started to press and scored 3 goals within 8 minutes, leaving our defense in pieces. But our boys fought back an took again the lead with 2 late goals. When everyone thought Borussia have earned those three points, it was Gentner, who scored the equaliser in minute 92! Of course it was thrilling game and fantastic entertainment for the spectators...at least for the neutral ones. For BVB supporters it was a superb match on the one hand, but missing out on 2 points on the other hand. But hey, Borussia Dortmund is still undefeated in the Bundesliga since last autumn.

Jürgen Klopp announced during the week, that his team is eager to earn back the points, they lost against Stuttgart. Having in mind, that Bayern Munich have a more or less easy task at home against Augsburg, a threepointer is mandatory to stay three points ahead. Mario Götze is back from a long lasting injury, but won't be part of the squad as he joined team training just some days ago. He might be an option for the Bayern clash next Wednesday. So Kuba will again start on the right wing, with Kagawa as central offensive midfielder and either again Großkreutz on the left wing or Perisic might start here. Up front Robert Lewandowski will be our sole striker. He should be cautious as he has already 4 yellow cards. The next booking will see him on the stands for one match. Gündogan, who really improved in the last months will start in holding midfield, probably accompanied by Sven Bender. Though, Sebastian Kehl could also start instead of Bender. Our flat four is again made up by Piczszek, Subotic, Hummels and Schmelzer with Roman Weidenfeller in goal.

Once again we could tell the story of Wolfsburg as a mediocre city in the middle of nowhere, that has nothing to offer.....but a multi-billion car constructor. Being the headquarter of world-wide operating Volkwagen AG, VfL Wolfsburg is completely owned by the company. Last year, the bosses of Volkswagen made an astonishing move and brought back team manager Felix Magath, who won the Bundesliga title with Wolfsburg in 2009 and then left the club. And people, who a familiar with his style of work, know, that Magath always takes full control. He is sporting director and team manager at the same time. With Volkswagen millions, he has done shopping throughout Europe big style. Spending already 20 millions last summer, he splashed out another 30 (!) millions this winter. His record during the first leg of the season and at the beginning of the return leg was nonetheless lousy. Known for his crude style of leadership he even ordered former national striker Patrick Helmes to the reserve team and didn't allow him to join training of the first team. Finally Magath realised, that that might have been a mistake and with Helmes back on the pitch, the team started winning again. The won all of their last four matches.