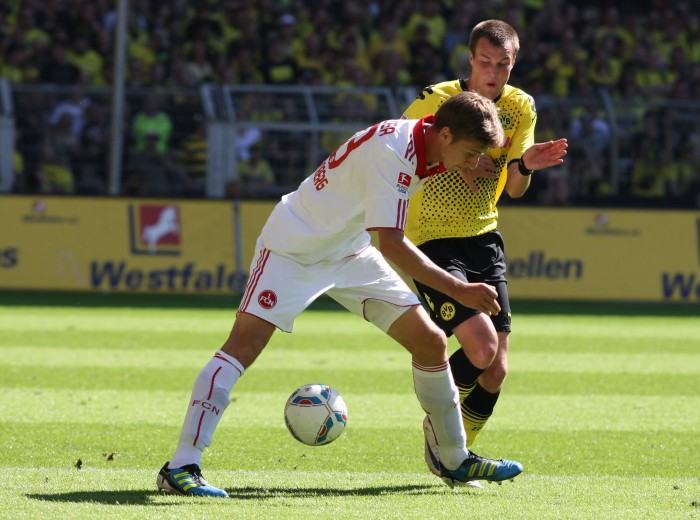 What a great start into the season it has been. The defeat of Hamburg sent a deafening thunder across the country, announcing our return to the weekly circus of the Bundesliga. The roaring continued last week against pitifully Hoffenheim, though 2 goals short of the Hamburg game but no less impressive. If the explosive start of our Borussia wasn't enough, the neutral observer of Bundesliga football must be excited by the tight race between four teams for the number one spot, only one point apart with three teams tied at 40 points. Then again, the neutral observer isn't likely to read this and we don't really care as long as our young guns gives their all and the unspeakable blue team eventually collapses in turmoil and self-destruction.

The next stop for the Ballspielverein is now Nuremberg. The 13th place team from Franconia (call them Bavarias and get a beating) may not sound like a fearful name but with the pressure coming from all sides now, the seasoned Dortmund fan knows to be careful not to become content with the status quo. The transfer turmoils around Barrios during the last days, Klopp's spectacular contract extension as well as the tight race at the top are all potential distractions that can have an impact on the pitch.

The numbers are clearly in our favor by a long shot. 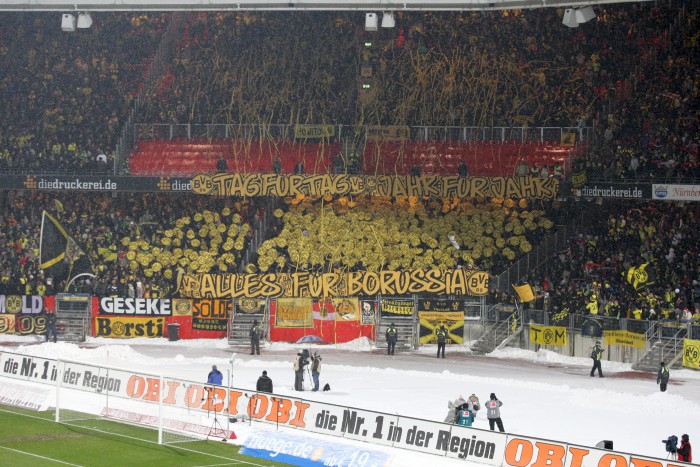 To be more precisely, Nuremberg has been almost exactly half as successful as Borussia so far. Their 21 points stand against our 40, they scored 19 times vs. our 43 and have 29 goals against while we have only 14. That's 53%, 44% and 48% respectively. If you're not convinced by those stats, considering that we have been able to beat Nuremberg for the last 5 straight games - the last three with the same score of 2:0 - should put one's mind at ease. My money at least is on a solid 2:0 again.

For the match itself, the expected low temperatures could add a bit of a frosty challenge. The German weather service is projecting a chilling -12C (10F) for the Friday night game. While the staff and squad are prepared for the temperatures, coach Jürgen Klopp does not expect it to have any negative effects. "It's not an issue I think, the players are constantly moving. 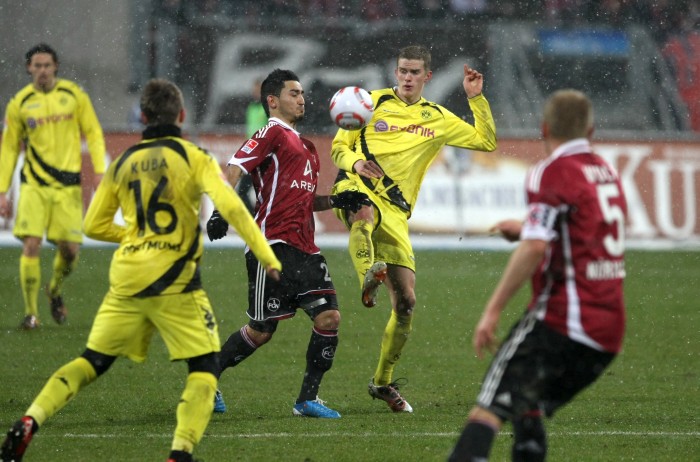 The only thing is to make sure they get fresh, dry clothing during half-time to avoid getting cold." More of an issue are the conditions of both Kevin Großkreutz and Lucas Barrios who were not able to participate in team practice up to Wednesday. Both are expected to return to full practice on Thursday however.

Since this will be a Friday night game, it means that all those of us (like me) who are following our beloved Borussia from afar - make an excuse, call in sick, break a leg - whatever it takes to get out of work early to follow the next chapter in this amazing journey. Go young guns, go!