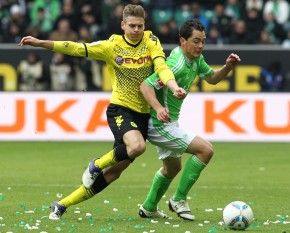 The emperor is gone. Felix Magath, former super powerful manager of VfL Wolfsburg, was saked some matches ago as the Volkswagen club was struggling at the bottom of the table. With Lorenz-Günther Köstner Wolfsburg made a turn-around and finally started to collect points. Especially Brazilian midfield starlet Diego started to shine again.

VfL Wolfsburg is a special club. They are completely owned by mega car company Volkswagen and have virtually endless resources to spend. Former coach and sporting director Felix Magath, who won the Bundesliga title with VfL Wolfsburg in 2009, was known to be a big spender on the transfer market. He paid big transer fees, big salaries and finally cumulated more than 35 players in his quad. In the end the concept didn't work out anymore and Felix Magath was fired some week ago. The club's officials changed their tactics and splitted Magath's jobs. For big money Werder Bremen's long-term sporting director Thomas Allofs was lured to Lower-Saxony. The coach of the Amateur team, Lorenz-Günther Köstner, was named coach of the professional, at least until the end of the season. Nonetheless the company club is looking out for a big name coach for next season.

The demission of Magath was a big relief for some of the exspensive players. Diego as an example started to show what he can do. The tiny midfielder, once a Werder Bremen outfit, is Wolfsburg's spiritus rector in midfield. Together with Dutch striker Dost the boys in green have enough firepower to run havoc on any team.

On the other hand Borussia Dortmund is in an organic process of evolution. Since Jürgen Klopp took over in 2008 the club achieved much success and even some titles without spending big money. At all the net transfer balance is near zero. While the last season was the icing on the cake in winning the Bundesliga title and the DFB cup final, this season is different. Though we aren't top of the table in Bundesliga, we have a fantastic run in the Champions League. In a so called „group of death" we secure spot one, leaving Real Madrid, Manchester City and Ajax Amsterdam behind us.

Jürgen Klopp won't have Sven Bender and Sebastian Kehl at hand due to injury. So Moritz Leitner might take the place next Ilkay Gündogan in holding midfield. Players like Subotic and Götze are at doubt, but it seems both will make it to the starting eleven.

Lorenz-Günther is hoping, that Diego will be back from a minor injury he suffered during the week. If he is available, Wolfsburg will probable field more or less the same team like last week against Hamburger SV. Josué might take Vierinha's place. 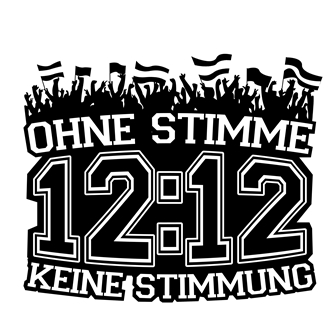 Just before the match kicks off, there will be a big fan demonstration in Dortmund (and some other cities) starting at 11am. The main aim is the reinforcement of supporters' rights as in the moment there is a heavy discussion in Germany about how football and its surroundings should look like in the future. It is also about keeping terraces, the size of the guest sector at away matches, controls at the gates and so on. Nobody wants a developement like in English football, so everyone should be aware of what is at stake in the moment.