Ned Zelic - The Man from Down Under

On the 4th of July 1971, Nedijeljko “Ned” Zelic was born in Sydney, Australia. As an adolescent the boy with the Croatian roots played for Sydney Olympic, Croatia Sydney and the Australian Institute of Sport. In 1992 his career led him to Borussia Dortmund. Until he left Dortmund in 1995, he absolved 41 matches and scored one time. When he finished his career in 2008, he truly became a globetrotter, since he kicked the ball for Queens Park Rangers, Eintracht Frankfurt, AJ Auxerre, TSV 1860 Muenchen, Kyoto Sanga, Urawa Red Diamonds, Wacker Tirol, Newcastle United Jets, Helmond Sport and Dinamo Tiflis. Schwatzgelb.com talked with him about Borussia Dortmund, the time after his career, talents Mustafa Amini and Mitch Langerak and the A-League.

Schwatzgelb.com: In 1992 you moved to Dortmund. Who established the connection?

Ned Zelic: The connection was established by a Dutch agent who knew Michael Meier very well. Michael Henke was sent to watch us the Australian team train before a Barcelona Olympics qualifier v Holland in Utrecht & then after the game I met with Meier and Hitzfeld.

Schwatzgelb.com: Which expectations did you have when you came to Dortmund? Getting to know a new lifestyle and becoming a first-team regular?

Ned Zelic: I got to Dortmund 3 days before the first Bundesliga game after the Olympics in Spain & my aim was to break into the team as quickly as possible. I had to wait 3 weeks for my chance. I enjoyed the lifestyle because I always liked new adventures. In Dortmund it was easy to feel comfortable, the people at the club & fans were fantastic & I made many friends away from football who I still speak to today. 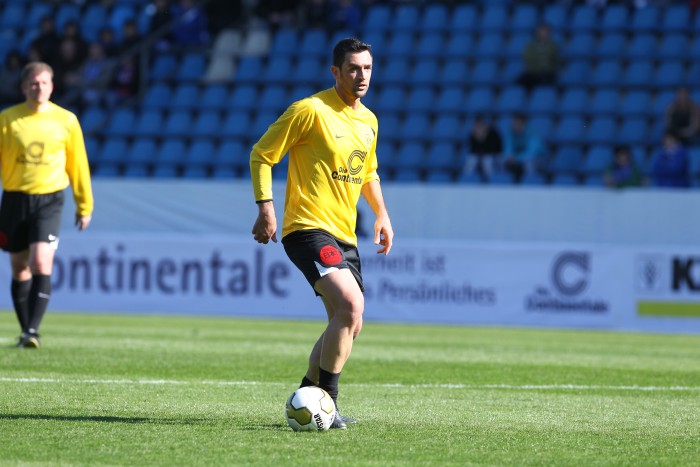 Schwatzgelb.com: What did you know about Borussia Dortmund and coach Ottmar Hitzfeld?

Ned Zelic: I knew Dortmund was a big club with passionate fans .. had followed the heartbreaking finale in the 91/92 season which was only possible because of the fantastic work Hitzfeld had done when he joined the club. I always knew Hitzfeld would be one of the worlds best. He had the perfect mix of knowledge & discipline.

Schwatzgelb.com: Where did you continue your career and which country did you prefer most after you left Borussia Dortmund in 1995?

Ned Zelic: I liked France & Japan very much, but my time in Germany was still the most influential in my career. The 4 years I spent in Munich was a good time for me as well, but Dortmund is still the most memorable.

Schwatzgelb.com: Are you still in contact with football today? What did you do and are currently doing after the end of your career?

Ned Zelic: I have been working for TV and writing columns for two websites in Australia. I do a lot of travelling as well. 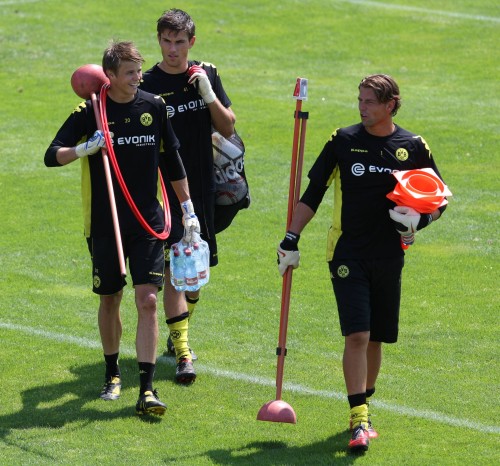 Schwatzgelb.com: The supporters of Borussia Dortmund are much interested in young talent Mustafa Amini who will come to Dortmund in summer 2012. What do you think of him? What makes him special? How are his performances after his injury?

Ned Zelic: Amini is a very skillful player. In Germany he will need to adapt to the speed of the game & the physical side to how the game is played as well. If he can adapt to that then he can make a breakthrough, but I think he will need some time.

Ned Zelic: Everybody is following Langerak's progress at Borussia, all watched the game vs Bayern where he did so well. I was in Dortmund 1 year ago & did a stadium tour and an interview with him & Klopp which was shown in Australia. Interest is very high here about Borussia & many fascinated about the fantastic title win last season.

Schwatzgelb.com: How would you rate the chances of Mitchell Langerak of becoming first-choice goalkeeper in the Australian national team?

Ned Zelic: I think when Schwarzer retires that Langerak will be number 1, but only if he is at a club playing regularly, otherwise it will be difficult.

Schwatzgelb.com: During your career you visited many countries – how strong is the A-League compared to other European football leagues?

Ned Zelic: Always difficult to compare leagues but maybe you can compare it to leagues like Belgium, Austria or Switzerland. It's a very competitive league because of the salary cap and played through summer so demands are high physically.

Schwatzgelb.com: Do you still watch matches of Borussia Dortmund? And in this case, how are you following them?

Ned Zelic: Yes, wherever I am in the world I follow Borussia games on TV or over the internet.

Schwatzgelb.com: Thank you for your time Ned!