The Waiting is Over! 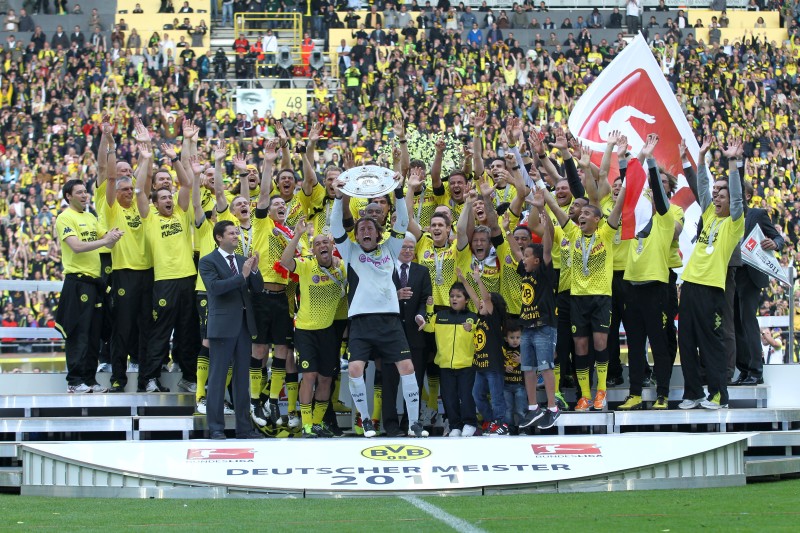 It is time to leave the celebrations of the 7th championship behind and face the future. How incredibly long was the waiting time for this week? How strong was our desire? How boring were the weekends without Black and Yellow? But finally we all made it. The longing for Borussia Dortmund will be appeased on Saturday! Long weeks of training camps lie behind our beloved players and after the unimportant „Liga-Total Cup“ and the „Supercup“ the serious side of life begins with the DFB-Pokal match against SV Sandhausen. After the inglorious knock out against Kickers Offenbach last season the team has to prove itself that the shown performances in the Bundesliga can also be confirmed during the DFB-Pokal. 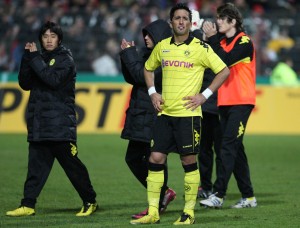 The opponent SV Sandhausen promises a really hard match. The team from Baden-Wuerttemberg finished the season of the third league on the 12th position. One could underestimate the club but after the cup history of Borussia one should be well advised to be modest. Furthermore the main theme in which Sandhausen must be mentioned is the commercial ambition that culminated in the protest by the „Kein-Zwanni“ campaign which took action against the truly exorbitant ticket prices that were demanded by the management of Sandhausen (schwatzgelb.com coverage on the case: Part 1 – Part 2). But back to the pitch: The officials of Sandhausen are acting reserved, club president Jürgen Machmeier said that everything else then a win of Borussia Dortmund would be a "huge sensation". Head coach Gerd Dais sounds more optimistic: "There's a tiny chance. It's import to keep the result close for a long period of the match and simultaneously be highly dangerous during the own counterattacks." 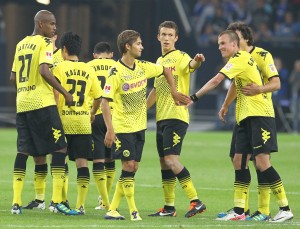 The young guns absolved a hard boot camp and it is still not clear who will be in the starting lineup. Fortunately our squad increased its quality through the new signings. Who will built the defensive midfield? Sven Bender and Ilkay Gündogan? Or what about the other youngster Moritz Leitner and alpha leader Sebastian Kehl? One thing is obvious: Borussia has to do without Lucas Barrios, Antonio da Silva, Marcel Schmelzer, Patrick Owomoyela and Julian Koch. Merely the comebacks of Schmelzer and da Silva will not take too long. Coach Jürgen Klopp used admonishing words during the media conference on Thursday. "It isn't a dream tie. I would have prefered to play against the U18 of Emsbüttel." (Emsbüttel has to draw on its U18 team against Greuther Fürth in the DFB-Pokal because of internal disputes). Furthermore he warned his players: "Not only our cup history has shown that there is an existing chance for the underdogs." But in the end he stated that he is quite satisfied with his team: "My players are in a really good shape and physically fit for the start of the official matches."

Attendance: Hardtwald-Stadium 11,200 (sold out) - 5,000 supporters of Borussia are expected