We have come full Circle 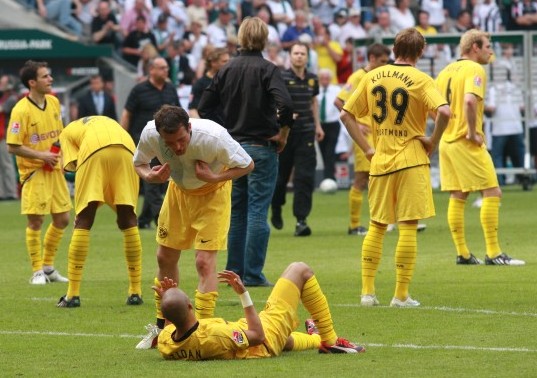 When I sat down to write this preliminary report on the match against Mönchengladbach, I thought about writing it in a kind of Easter style because it seemed obvious. Nevertheless, I reflected a few minutes and came to the point, that the happenings in Gladbach on the 23th of May 2009 were so impressive, that I cannot shut my face. On the last matchday of the season 2008/2009 Borussia Dortmund had the chance to reach the Europa-League, but unfortunately the team with its new coach Jürgen Klopp were only able to reach a draw in Gladbach and the HSV won its match against Frankfurt. Just failed. Total disappointment was the result of a season, that already foreshadowed the good work of Klopp and the development of the young guns. The players as well as the supporters felt depressed because of the performance and did not bristle to show their disappointment, e.g. Roman Weidenfeller and the captain Sebastian Kehl had a noisy discussion after the match. But the decisive factor of this day is furthermore not only the disappointment but mostly the reaction of the Gladbach supporters that sparkled gleefulness in this hour of indignity. 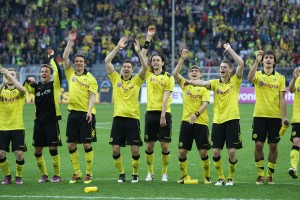 700 days later the real Borussia from Dortmund is clear ahead with 8 points and only needs four points out of the last four matches to make the dream of the seventh championship come true. And if this was not enough, our beloved Borussia qualified for the Champions-League last matchday. Promising, isn't it? In contrast the ponies from Gladbach suffer from a really bad first half of the season with only ten points out of 17 matches. They are still only three points away from the place in the standings that guarantee a relegation match but already seven points seperate them from the not drop zone. Their last matches wreck all hope. With Borussia Dortmund, Hannover 96, SC Freiburg and the Hamburger SV the relegation seems sealed. In revenge for May 2009 it would be magnificent to throw them to the second division with a win on Saturday and simultaenous celebrate the 7th championship if Bayer Leverkusen will not be able to win its match against Hoffenheim. Regarding this constellation, the circle that opened in May 2009 would be complete.. But enough said about this club that holds its matches in a corrugated-iron shack with a few voiceless supporters. To sum up, I can say that I am really motivated to take vengeance! 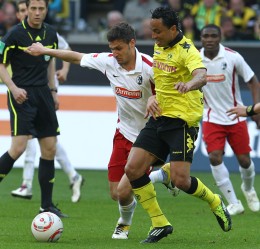 Regarding the personal situation, Antonio da Silva will replace the injured Sahin who is going to miss the last matches of this season. On the media conference Klopp stated on Da Silva: "He has similar qualities as Nuri." Furthermore he said: "He is always in the mood for football that it almost comes out of his ears." Michael Zorc declared on Thursday that the contract of routinier Da Silva was extended until 2012. We all should not be in sorrow, Toni proved his skills multiple during the current season. If South American Lucas Barrios will be able to play on Saturday is still not be certain. Klopp said that Borussia needs Lucas but he will not run a risk.

Asked on the ponies and his expectations for the upcoming match, Klopp said: "If you took a look on the squad of Gladbach before the season, no one could have expected that they would be at the bottom of the table." He hold the high quantity of injuries during the first half of the season responsible for the bad performance. Concluding he stated: "On Saturday two teams are going to clash – one of them fights against plunging into ruin and the other can reach something the other way around. It will be a tough task."

I totally agree with Jürgen Klopp, now it is the task of the team to make this Eastern a memorable. The circle would be complete.. 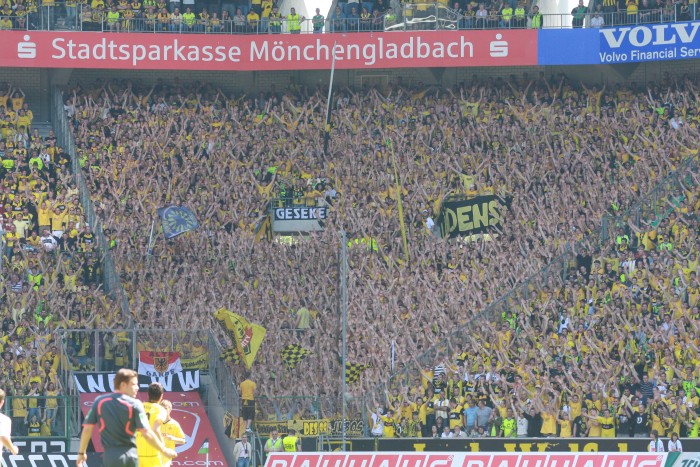