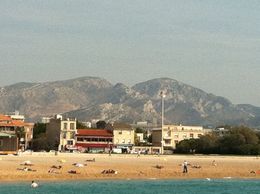 Here it is! Our first Champions League away match since 8 years. And it takes us to the beautiful south of France, to Marseille. What else can you expect? About 25°C, amazing nature, a club with a massive tradition and a famous stadium – the full package!

But there is also a small downside to this: Borussia Dortmund could have sold several thousands of away tickets. But as the Stade Vélodrome is undergoing renovation there were not even 2.000 tickets available for the black-yellow supporters. Nonetheless, for those taking the trip to Marseille it will be a fantastic journey. The official meeting point will be at 4pm at the Statue de David. From there a long fan marsh will bring you to the Stade Vélodrome. But supporters might be warned, that it is not really a good idea to attend the match outside the guest section. Especially the home stands can become dangerous for guest supporters.

But also looking at the sportive aspect it is a nice and demanding task. Olympique de Marseille started with a 1-0 win away at Olympiakos Piräus, while Borussia Dortmund needed a late but deserved equaliser against Arsenal FC at home. So somehow there is a slight pressure on BVB to get away with a draw at least. Losing in Marseille would mean that maybe the biggest rival considerung promotion to the next stage might earn early 6 points, while Dortmund would stay at one point. 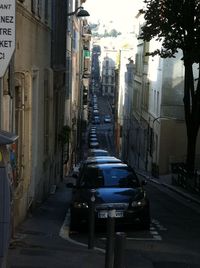 But at all there is no need to worry. Marseille had an even lousier start to the season than Borussia Dortmund. They were for a short time even in the relegation zone and struggle to perform like they did last season. Their first league win last week against newly promoted Evian, where former nationals like Zidane and Lizarazu are involved, took them out of the biggest mess at least. Still there are caught in the middle of nowhere in the Ligue 1 table.

Dortmund had also a difficult start to the season. With two losses in a row they had to play away in Mainz last weekend. Though dominating the match, they took a silly first half goal. At all a little bit of luck and a superb performance turned this one into a late away win, when Lukasz Piszczek hit the 2-1 in overtime. By this win we managed to stay in touch with the upper third of the Bundesliga table.

Marseille coach Didier Deschamps has many holes to fill. Central defender Mbia is still missing due to injury. The same goes for central midfielder Cheyrou. Striker André-Pierre Gignac just joined team training, but won't be an option for Wednesday. Defender Fanni is suspended due to a red card he got in Piräus.

Borussia Dortmund's coach Jürgen Klopp has finally some more options at hand. Holding midfielder Sven Bender and left-back Marcel Schmelzer are back from injuries and might make the starting line-up. Top striker Lucas Barrios will again start on the bench as he needs some more practise before making it to the starting eleven. He will surely be a serious option for the second half of the match.

Venue: Stade Vélodrome (due to renovation at the moment only 40.000, sold out)