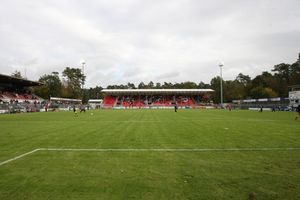 Ok, maybe a bit exaggerating. But regarding the one or other first round exit in the last years, it was a good job our boys have done. Beating SV Sandhausen 3-0 to advance to the second round of this season's DFB cup was essential to keep up the good mood around Strobelallee.

Jürgen Klopp's squad has played a fine season preparation. Most of the matches they won and in some they even played that fine class football, we know from last season. While struggling with a couple of minor injuries, most of the team was available for this weekend. Left-back Marcel Schmelzer was still missing due to minor muscle problems and was replaced by new Chemnitz signing Chris Löwe. In holding midfield Sebastian Kehl an Ilkay Gündogan started, leaving Sven Bender, who missed most of the preparation due to injury, on the bench. Großkreutz, Kagawa and Mario Götze made up our attacking midfield. Lucas Barrios, who torn a muscle fibre in the dying minutes of the Copa America final, was replaced by Polish marksman Robert Lewandowski.

SV Sandhausen have some players in their squad, the one or other BVB supporter might still remember. David Blacha and Marcel Kandziora are both from BVB's youth academy. Sandhausen's keeper Ischdonat was on the pitch, when Eintracht Trier eliminated Borussia Dortmund in the 97/98 DFB cup with a spectacular 2-1 win. And a player like forward Regis Dorn has played a couple of Bundesliga seasons.

In front of more than 10.000 spectators both team started eagerly, but the black-yellow boys took control in midfield very early. SV Sandhausen tried their best to keep their defence tight with only few attempts to attack. Their first effort was in minute 6, when a long pass found Regis Dorn, who wasted with a wide shot. It took only until minute 10 to show the direction this match will go. A high cut-in found Kagawa, who served the ball for Robert Lewandowski waiting in the box. The Polish national was completely unmarked and had no problem to surpass Ischdonat – 1-0 BVB! 4 minutes later Lewandowski tried a bicycle kick in the box, but was mastered by the Sandhausen goalkeeper. The home team put now even more emphasis on their defence and nearly shut down their offence. Still a minor chance by Busch went wide in minute 27. Borussia's chance to close this win already was served in minute 29 by Großkreutz, who paced down the right side in minute 29. His nice low cut-in brought Ilkay Gündogan into a perfect position. The young talent, signed from Nuremberg this summer, fired a shot that passed the bar on the wrong side. In the 34th minute Mario Götze tried to find the right height, with a shot from 22 metres. While the ball found this perfect height, it missed the goal by centimetres on the right side. In minute 43 Lewandowski had another chance, after a fine played counter-attack but his low shot was cleared by Ischdonat. 2 minutes from time, Sandhausen had a last chance, that was cleared by Chris Löwe with a header. 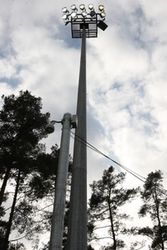 Sandhause made one change an brought Rohracker for Öztürk. Jürgen Klopp didn't see any need to substitute someone. And while the first half was clearly dominated by BVB, the second half showed some more effort by Sandhausen. In minute 51 Blum outpaced Piszczek. His pass into the box missed Ulm, but Dorn was waiting in the back. It was again Chris Löwe who made a last second clearing. Only a ouple of minutes later Kagawa's shot on the other side of the pitch was saved by the Sandhausen goalie. But the midfielder from Japan didn't give up. In minute 56 he played a fantastic one-two with Ilkay Gündogan. Gündogan's high pass left Sandhausen's defence stunning and was finished by Kagawa with a spectacular side kick into the upper right corner – 2-0 BVB! But despite this early second goal for BVB, Sandhausen was still willing to go for their first goal. In minute 61 Blum fired a fierce shot from the left side from a narrow angle. Weidenfeller needed his best to clear the ball, that was heading for the upper left corner. Borussia reacted with attempts by Kagawa, Gündogan and Lewandowski that missed the goal. While Sandhausen brought former Dortmund youth player David Blacha onto the pitch, Jürgen Klopp gave Kuba and Perisic a chance to show their talents. Großkreutz and Götze left the pitch. 5 minutes from time Kagawa was substituted and Moritz Leitner, signed from 1860 München last winter, entered the pitch. The last highlightd was a dribbling by Perisic form the left side. The new Croatian national penetrated the box and played sharp low pass into the middle. A Sandhausen player delfected the ball, which then dropped down in front of Lewandowski, who had no problem to hit his second goal – 3-0 BVB! With only a couple of seconds overtime, the referee made an end to this first round match.

After all an easy win for the black-yellow boys. Though 3-0 sounds good, their was a period before the second goal, where Sandhausen had a slight chance to get back into the match. Nonetheless we earned this win and can now look forward to the season opener next Friday against HSV.