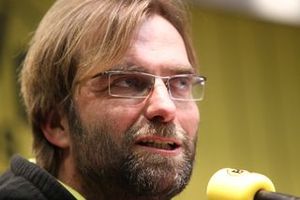 The season ist over.....at least for Bundesliga champions Borussia Dortmund, as they clinched their first title since 2002 with a comfortable 2-0 win against Nuremberg at home. But after a couple of days of celebrations, there are some more minor decisions. Some with a nice aspect, and one with a bad taste at all.

Let's have a look at the nicer ones. While BVB is already 8 points clear two weeks before the final whistle of this season with th youngest champion team ever, they can still earn some more records. With a win today at Werder Bremen's Weserstadion they could earn an unmatched 13th win away from home. And Romand Weidenfeller will be eager to keep the ball away from his box, because with 19 goals received this season until now, he is still able to break Oliver Kahn's record of 21. If Borussia win both matches, they will tie Bayern's record of 78 points.

But at all that are only itsy-bitsy remarks of these days. Nuri Sahin, our long-term player and supreme holding midfielder, seems to make his way out of Westfalenstadion. There is still no official announcement but there are strong signs, that he is on his way to Real Madrid. Due to an contract option, he seems to have the opportunity to leave the club for round about 10 million. Considering his brilliant season, that is much less than his market worth. Nuri was born near Dortmund is joined the club about 10 years ago. He made his debut as the youngest Bundesliga player ever, he became the youngest Bundesliga scorer ever and was the youngest Turkish national scorer ever. So from the beginning he was something extraordinary. While he lost touch 2 or 3 years later, he was loaned out ot Feyenoord Rotterdam, where his prodigee Bert van Marwijk was coach. When Nuri came back to Dortmund he was even stronger. During the last 2 season he developed to a top class player with an incredible passing. But Nuri also mentioned many times, that he wants to play Champions League every season and duel with the very best. So even despite Borussia's Champions League qualification he wants to improve. And to be true, even considering that Real Madrid isn't dominant like 10 years ago, the royal club is still one, or maybe the biggest name of world football. There is no higher level to reach. Even if Borussia's supporters might be angry, they should keep this in mind. The bitter part of this deal will be the transfer fee of only 10 million Euro due to a contract option. Sahin's worth might in reality be somewhere between 20 and 30 million Euro. Nonetheless...good luck with Real and Hala Madrid! 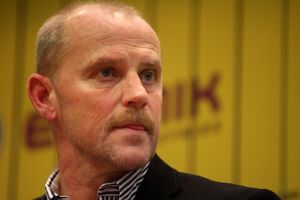 BVB coach Jürgen Klopp is able to line up more or less the team, that secured the Bundesliga title last. Weidenfeller going for "his" record. The flat four consisting of Schmelzer, Hummels, Subotic and Piszczek. In holding midfield Sven Bender an da Silva with Lewandowski as attacking part. Grotzkreutz and Götze on the wings and Barrios up front.

Werder Bremen is still struggling to avoid relegation, so the green-white ones will go for it. Thomas Schaaf suspended Austrian striker Arnautovic due to disciplnary reason. The talented striker is not an easy character and had at every club problems with the coach or other players. Nonetheless he is blessed with massive skills.