Victory over Hamburg: Where are we going? 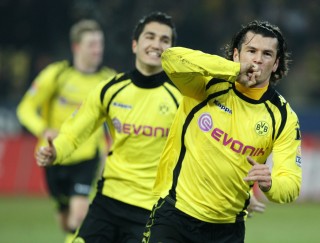 Borussia strongly affirmed their position in the top 5 by a win against Hamburger SV and shrugging off rank 6 by 8 points. Borussia, where are you going?

HSV is struggling with a bunch of players being injured. Alex Silver and Guerrero are just two of the assets missing. On top of that, Pitroipa and, most notably, Eljero Elia did not make it into the starting eleven as Pitroipa just returned from the Africa Cup of Nations and Elia has just been back to the team after an injury. However, coach Labbadia changed the team by putting Boateng back into the defence. Rincon also got back into the squad, whereas Tesche took a seat on the benches.

Coach Klopp had to replace Roman Weidenfeller who suffers from the aftermaths of the injury incurred in Cologne, so that Marc Ziegler took position between the posts. Otherwise, no changes were made: The defence was made up by Owomoyela and Schmelzer on the wings, as well as Subotic and Hummels in the centre. Defensive midfielders were Sahin and Bender and the offence composed by Kuba, Großkreutz and Valdez, leaving Lucas Barrios upfront again. 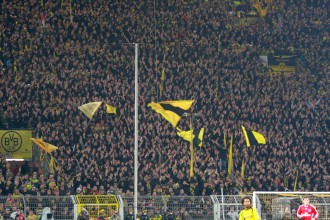 Westfalenstadion did not allow beautiful game play since the pitch surrendered from the strong winter so far. But when just a couple of minutes were played, Kuba got the leather on the right wing and gave a magnificent cross into the penalty area. Lucas Barrios, almost ideally served, could not make use of this, responding to the pass with an odd move (2’). Afterwards, both teams tried to demonstrate safety first by securing the midfield and the defence. A free-kick was then the next chance, but for the opponent. Trochowski’s free-kick from 20m slightly missed the left post (9’). But this was the last voice Hamburg had. First, Sven Bender’s hammer missed the target by a few centimetres (24’). Moments later, Valdez nicely served Barrios, who boosted a shot but missed Frank Rost’s goal (26’). A critical situation arose just a minute later: Schmelzer was ready to bring in a dangerous ball from within the box and was pushed by Trochowsi – but no whistle, so no penalty here (28’).

But shortly afterwards, Borussia was compensated for the effort. Schmelzer brought in a cross which was weakly defended by Aogo. Valdez got to the ball, took position and smashed it into the nets from 18m- 1:0. Hamburg was unable to respond and there were no more notable events in the first half. 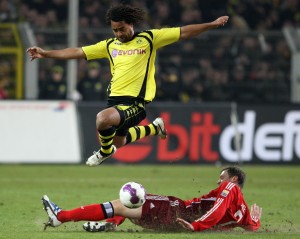 The second half began with Jansen, who snitched the leather from Owomoyela, but whose shot was saved by Ziegler (49’). Just minutes later, Barrios wonderfully duped Rozehnal, but Rost saved this attempt with a huge amount of effort (53’).

And then, dangerous situation almost put Dortmunders into a feeling of sadness: A cross by Jansen was slightly (!) headed over the bar by Petric (62’). And just 5 minutes afterwards, it was Marc Ziegler, who probably saved the day: Berg was served in the middle of the box and had all the time needed. But Marc Ziegler had his hands up quickly and put all the effort in to cope with this ball (67’).

Hamburg put everything into the offence, so that Borussia had some occasions for counter-attacks. Kuba was nicely served, but his shot was coped with by Rost (76’). Santana replaced Bender to stabilise the defence further in light of Hamburg’s increasing offensive efforts. But Borussia just had to shrug off one last chance by Berg, whose header clearly missed the target (84’). And, well, that’s it! Borussia made their sixth win in a row and managed to widen the gap to rank 6.

Borussia, where are you going? There don’t seem to be little limits to the team in their current shape. This might be too much for a club, that doesn’t officially announce their season’s aims. But maybe we are doing good the way we do. Football is a fast (and ruthless) business, where results can be easily put upside down. But for the time being, let’s enjoy the view of the table and look forward to the next match. 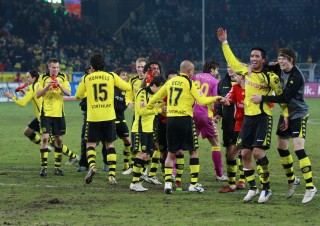