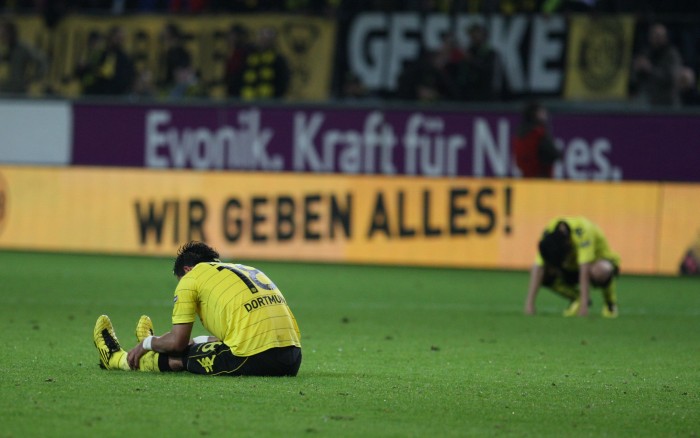 When I wrote my first warm up report for schwatzgelb.com I had the chance to open the Europa-League season with the match against Karpaty Lviv. I talked about my excitement and how brilliant it was to be back in Europe. Now we are at the point where it will decide whether to get eliminated or to be victorious and clash with teams like the FC Liverpool in the knock-out phase. Our young guns forced the deciding match against Sevilla with their win over Lviv last matchday. So now it is time to focus on this very important match on the 15th of December in Andalusia.

The initial situation could not be much clearer: Borussia Dortmund has to win to get to the next stage.

A look on the current season of Sevilla gives much hope, last weekend they lost their match against the 17th of the Spanish league with 1-3. The Andalusians are currently ranked on the 11th place in the table. Really promising, isn't it? But we can be sure that especially our coach Jürgen Klopp will not make the mistake to underestimate this well-staffed team with players like Navarro, Jesus Navas, Kanouté, Luis Fabiano and Negredo. Klopp knows about these qualities and stated: "The team is not in the form of its life. They lost their last five matches. They will not teem with confidence but they will try to fix the season." 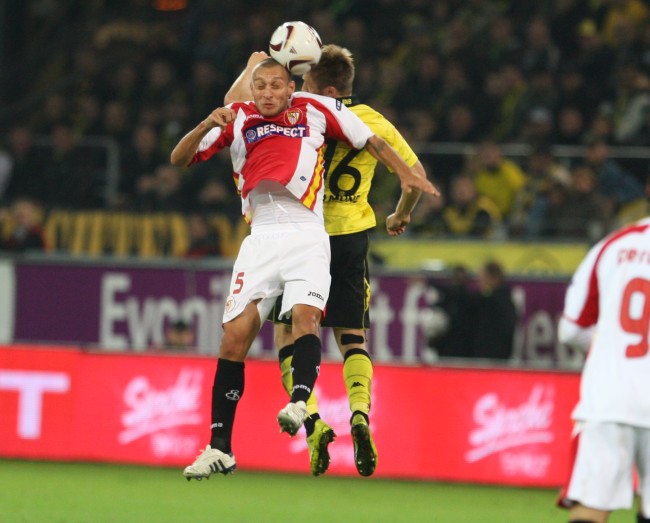 Our young Borussians are still surfing on a wave of success. They won their match against the fishes from Bremen with 2-0 but it became clear that not every win can be designed convincing. It will be interesting to see how the youngsters deal with the pressure to win. Asked about the constraint to win Jürgen Klopp replied: "That we want to win, that we need to win does not change anything of our strategy. As always we want to operate out of a concentrated defense but this does not mean that we will play defensive. We do not want to walk right into a trap but show a really good football match." The squad of Dortmund will include four strikes with Barrios, Lewandowski, Zidan and Le Tallec. Klopp announced: "If there will be a draw for the majority of the match we will strenghten our offense."

It is needless to say how important the upcoming match is. As I talked about how gorgeous it would be to play in Europe until Christmas I had the hope to survive the group stage. Critics who claim that leaving the Europe-League would be an advantage for the Bundesliga please shut up. The impressions of Paris are still on my mind and I am really eager to experience another away match in Europe. I have a fancy for playing against European teams and it would be really disappointing when this opportunity would get lost. „Let's get ready to rumble!“ I said, when the first match was imminent. Let's get ready to rumble I still say regarding to the decider! Once it brought good look, why not a second time?

Please Borussians, give everything that you got! So after the match we hopefully all can say „Olé“ with pride. 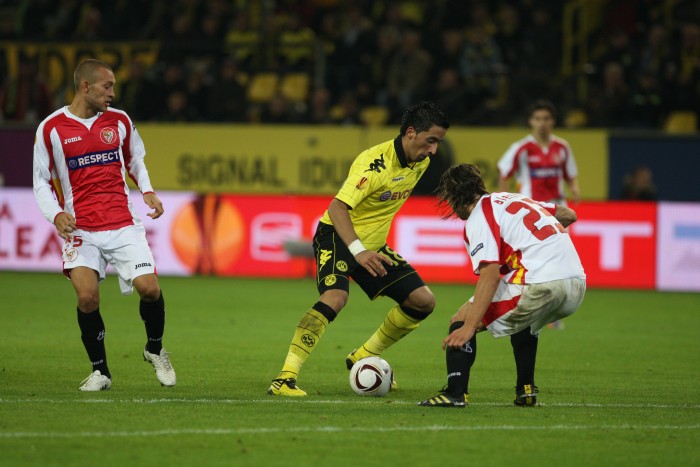