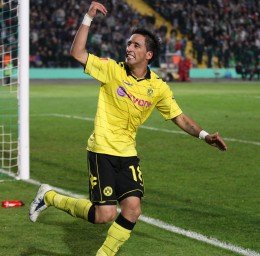 While Borussia coach Jürgen Klopp possibly has the best days of his run as the first man of Borussia Dortmund, things are different in Sevilla, Spain. Our next Europa League opponent fired his coach Antonio Alvarez last Monday. Interestingly, the end of Alvarez was caused by a loss against Hercules Alicante. Yes, Alicante is the new club of our former forward Nelson Valdez and even though Valdez didn’t score (for whatsoever reason), his colleague David Trézéguet defeated Sevilla with two goals on his own.

However, it was the first loss of Sevilla after five days of the new season. Officials will have a reason for the firing of Alvarez and honestly, we should not bother about that. Gregorio Manzano will be on the bench Thursday evening against Borussia instead and Manzano is the one who brought RCD Mallorca to Europe last year, so he should not be underestimated. But wait a minute, a opponent of Borussia fired his coach just days before the match in a cup against Dortmund? Does that ring a bell?

Oh yes, of course. Before the first match in a competition of this season, Wacker (Wacker, eh, eh) Burghausen fired his coach the week before they had to face us in the National Cup. And as we all know, it did not end up that bad for our squad. This point speaks for a clear 3-0 victory on Thursday evening against Sevilla, but there are also several points to argue it won’t be as easy as in Burghausen. For example, Sevilla, who by the way is one of three clubs in the first Spanish League without any debts, definitely has a squad which is able for European victory and success. Brasil national forward Luis Fabiano is someone who has to be equalized by Subotic and Hummels. Furthermore, other famous names can be found in the defense: Julién Escudé, Fernando Navarro and Andrés Palop are only three of them and to make things even worse, they don’t have to face any injuries. Only Jesus Navas and Caceres are questioned for the match, while Borussia has to play without the usual ones: skipper Kehl is out for a long time, Dede needs some time to find his place on the bench again, Zidan, Kringe and Hajnal are still out with their respective injuries. But let’s not forget that we have a team that proved more than one time that it is able to play a great ball and our recent seven victories in a row speak for themselves. 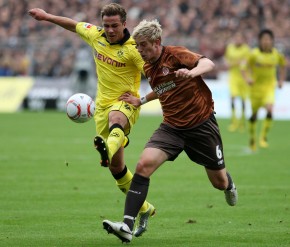 So who will play on Thursday, just some hours before another important match against Bayern Munich on Sunday? Weidenfeller is sure to be in the goal, as well as the places of Subotic, Hummels and Schmelzer are safe. Owomoyela has some little problems and is not sure, Pisczczek could take his place instead. Bender and Sahin will again form the double-six and Lucas will be our forward. As always, the only little secret will be our midfield. Großkreutz and Kagawa are pretty safe, on the right side, it is again the fight of youngster Götze and Polish Kuba where it seems to be a pretty equal 50/50-situation.

At the end, I will provide you with some information on Sevilla again: While the FC only got minor victories in Spanish competition (championship winner 1946, five cup victories – the last one being last season with a 2-0 in Nou Camp against Barcelona in the final), they found success on European grounds recently and won the UEFA-Cup for two years in a row (2006 & 2007). Sevilla FC was the second club to win the forerunner of the Europa League and to retain the title in the next year. Therefore, BVB should be warned even though Sevilla lost his first match of the group stage against Paris St. Germain (0-1). They are in need of three points but our young team should be hungry again after the “longest time to prepare for the next match so far” (quote Jürgen Klopp). In our hard group, the home matches are of big importance and need to be won or at least should not be lost. The match in Lwiw was very close to being lost, but let’s hope that our squad learned from those mistakes and will be focused on 7 p.m. on Thursday. Three points would mean a big step directed to the round of the last 32 and Wacker showed us that a new player does not mean immediate success. Let’s Wacker, Wacker again (eh, eh)! 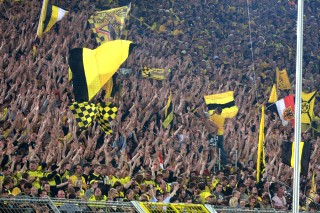 Attendance: 65.614 tickets to Westfalenstadion can be sold in European competition, 42.000 tickets are sold yet. Around 50.000 fans are expected to be in Dortmund.