Where are they now: Paul Lambert 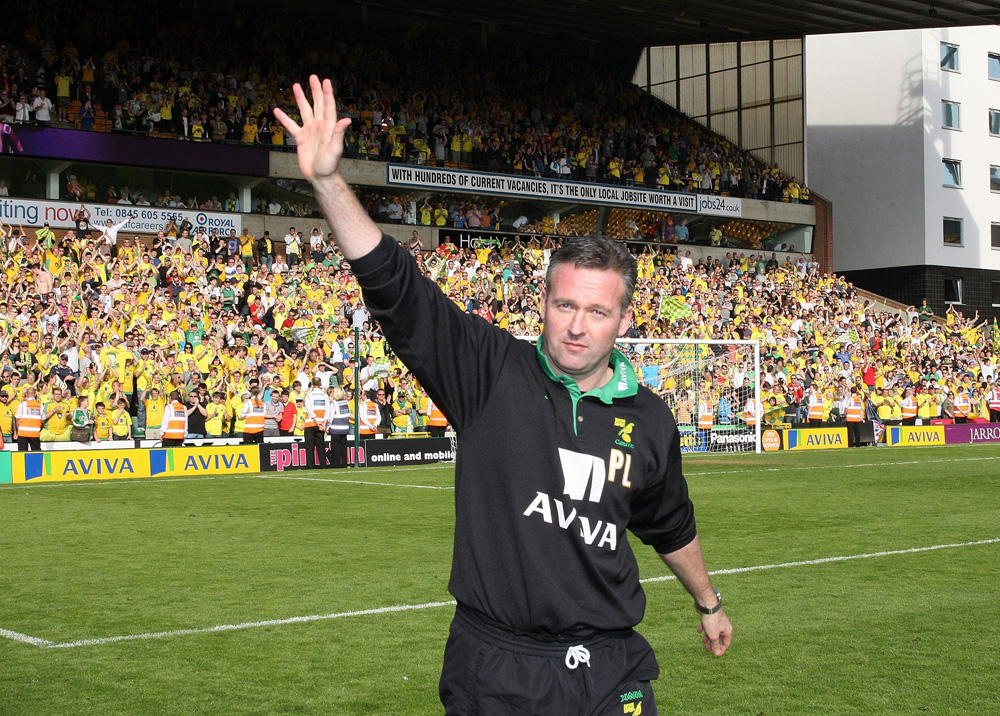 Over the years we have seen hundreds of players come and go. Some of them were soon forgotten, others have made a lasting impression at the Westfalenstadion. Here is our new series "Where are they now?". We start off with Paul Lambert, who played for Borussia for only 15 months in the mid 90s. Still he went on to become a club legend. schwatzgelb.com picked up the phone and got hold of Lambert on the training ground of Norwich City, where he currently works as manager.

In 1996 Borussia Dortmund signed Paul Lambert from Motherwell FC. Only experts had heard his name before. And in those pre-internet days nobody had the chance to go and make up his own opinion on youtube. After Murdo MacLeod a few years earlier Lambert was the second Scotsman representing our colors. He signed with a team who had just won the league for the second year in a row. He was a nobody and with the likes of Paulo Sousa, Andy Möller, Jörg Heinrich, Matthias Sammer, Julio Cesar, Jürgen Kohler, Stephane Chapuisat, Heiko Herrlich and Kalle Riedle playing in that team, nobody expected anything of him. He went on to score in his first league match against Leverkusen (which Dortmund lost 2-4), win the Champions League title at the end of the season. Lambert left for Celtic after 15 months. In that short period of time he had become a Dortmund legend. "Saying goodbye to Dortmund was one of the hardest things for me ever to do", he says today. "I would have never expected that when I signed to be honest. But standing in front of the Südtribüne, doing my lap of honor with everyone singing "You'll Never Walk Alone" and people crying in the stands that November night after the match against AC Parma was an incredible thing to experience".

Lambert went on to be the captain Celtic to the UEFA Cup Final in 2003. He won a total of four Scottish Premier League titles and two Scottish Cups with Celtic and also appeared in Scotland's World Cup campaign in 1998. At the age of 35, in 2005, he quit playing football and started his second career as a manager. Until this day he is one of the few non-Germans to get his coaching credentials in Germany. After his first job at Livingston, Lambert signed with Wycombe Wanderers and got the Buckinghamshire outfit to the half final of the League Cup where they were stopped by Chelsea. Says Lambert: "It was great for a Second Division club to go all the way to the half final. They were a good club and I think I have been really fortunate with the clubs I have been at so far. Working my way up the leagues" Something he achieved with his current club last season. He was appointed manger of Norwich City in 2009 and earned promotion this summer. "For me it is something new working in the Championship and hopefully we all here will enjoy it. Norwich City is a big club with a huge fanbase, so we will try everything we can do to well. 26.000 come to see us play at Carrow Road, of which 20.500 are season ticket holders which is amazing. We fill the stadium every week. Of course it is different to my time at Dortmund. Norwich is a fantastic club but I don't play football anymore. I am a manager now and that is different."

Lambert still comes back to Germany every once in a while. Not only as a fan of our team. "We had our pre-season camp in Hennef. Through my connections to Germany I knew the location. It has great facilities; it is only football, no distractions. So we were able to work hard and prepare for this season". A season which will be different for Lambert. They started their campaign with a 2-3 loss to Watford at Carrow Road but came back strong with a 4-1 win over Gillingham in the League Cup. "We want to keep the feeling we had last year. We got a terrific support behind us, so we will try everything we can to do well" says Lambert.

But even 13 years after leaving Borussia for Celtic he follows Borussia whenever time allows. "I'd love to play a friendly at the Westfalenstadion. It is a special place to play football with special fans. I try and keep track of what happens at Dortmund. The Südtribüne is one of the best places to be in football. It's terrific to hear about the Borussia fanclub in Scotland but that's what I tell everybody. Go and watch a game at the Westfalenstadion, which I still call Westfalenstadion, and come back and tell me what you think about it. It is a fantastic atmosphere. Jürgen Klopp has done a great job those past two seasons. At home, I think, Dortmund can beat any team in the world. The fans love their team so much, so when you play there you try to make it a very hard place for any team to beat you there. Not to disappoint those incredible fans. And Borussia played really well last season, so I believe they have every chance to do well this season" explains Lambert when asked about Borussia's chances this season.

What lies in the past, lies in the past. And what happens in the future will happen in the future. As easy as that. " I love my time here in Norwich", says Lambert who already has been the target of bigger clubs "and have never really thought about coming back to Germany as a manager. Still what happens in the future will happen in the future". Something the Paisley-born lives up to, not taking past glories as granted for future success as a manager. Says he "I have my Champions League medal in my house somewhere, I think. I never have it on display or any other of medals. Great memories. But I am a manager now." And from his record, he is a pretty good manager. "I have done a refresher course in Düsseldorf last week, and met up with Matthias Sammer, Stefan Reuter and Steffen Freund. That's great. I will always look back on my time in Dortmund with a smile on my face". And those who have seen him play those wild 15 months in the mid 90s and remember the way he celebrated the Champions League with his wife and children, will have a smile on their faces as well. When asked about Paul Lambert a few years ago former Dortmund manager Ottmar Hitzfeld thumped his chest and said: "Paul Lambert has a big heart". He is family man with values which are rare in modern football these days. Whatever the future will hold for him, hopefully our paths will cross again someday.