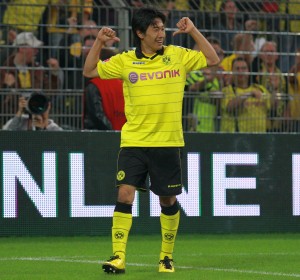 Do you remember when Borussia last played a competitive match? No? No worries, it has been along time. We played away to Freiburg on May, 8th. After that a couple of test matches ended the season, the World Cup took most of June and reached into July. Summer came and went. Borussia started pre-season, went to a boot camp, won 6 out of 8 test matche sand drew the other two. Valdez is still sitting in his home in Unna and awaits a call from Alicantes, Kagawa and Götze all of a sudden became the hotly tipped favorites for "Rookie of the year", we discussed transfer rumors, most of them not on Borussia, I walked up to the Westfalenstadion to see if it was still sitting there on the other side of the B1. And there it sat, but there were no matches to be seen. Our nerves have been tested for far too long. It is timeto kick off a new season. So fasten your seatbelts and get ready for a turbulent first couple of weeks which sees us playing in the Europa League qualifiers, starting our league campaign against Leverkusen, Stuttgart, Wolfsburg and Blue Scum. But first things first:

This Saturday Borussia travels south to third leagues side Wacker Burghausen. Burghausen a town of some 18.000 inhabitants is located in the far south east of Bavaria, with only the River Salzach dividing Burghausen from Austria. Wacker Burghausen was founded in 1930 but never really made an impact on German football until in 2002 they earned promotion to the second league under coach Rudi Bommer. Within ten years Wacker had worked itself up from the fifth league into pro football. They stayed in the second flight for four seasons and got relegated in 2006. One of the club highlights was still to follow. In 2007 Wacker played Bayern in the first cup round and only got beaten on penalties. Wacker Burghausen currently plays in the third league which they have been part of since its first season in 2008/2009. 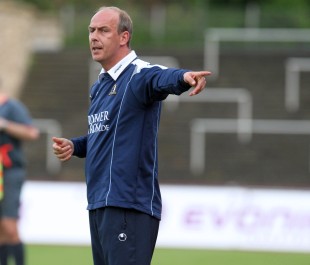 With the third league four matchd ays into its season, Burghausen have already worn out their coach Jürgen Press. The 44year old was sacked earlier this week after having only grabbed two points, leaving Burghausen close to bottom. He was quickly replaced by former German international Mario Basler this week. Basler enjoyed a good run in last year's DFB-Pokal with his then team Eintracht Trier. They beat Hannover 96 and Arminia Bielefeld on their way into the round of the last 16 where they were eliminated by 1.FC Köln. During the season Basler was sacked in Trier and appeared in public as a loudspeaking pundit on various TV stations. Jürgen Klopp is not too worried about this fact, says the manager "it would have been bad luck for us if Mario signed for them as a player and would still live up to his past glories, but him being the newly appointed manager, that is no advantage for Burghausen. I think our coaching skills are not too far apart"

Borussia also left the DFB-Pokal in the round of the last 16, after losing 3-2 away to VFL Osnabrück. With the exception of 2008our cup results have been far from promising since lifting the trophy in 1989. Still stats could be worse. Our last disappointment against a team from Bavaria (except of course the cup final against Bayern) was 1990's Fürth disaster where Borussia 3-1 lost to the then fifth league side SpvGG Fürth who played most of the match with ten players. 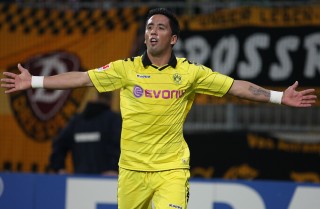 Let's also have quick look on our team. Dede and Zidan will miss the match due to injuries. Piszczek is still doubtful having missed most of pre-season. Barrios, who played 45 minutes for Paraguay against Costa Ricam is still up in the air, travelling directly to Salzburg where he will land on Friday morning 11am and meet the rest of the team. But not only Barrios was away for internationals during this week. Sahin, Hummels, Schmelzer, Großkreutz, Suboticto name a few also played for their respective countries or youth sides. The German boys were hammered 4-1 by Iceland's U21 team. Hummels had a terrible day and Schmelzer also was not in top form, Großkreutz however scored to make it 1-1 early in the second half.

Still wes hould not worry too much about all of this. Under Jürgen Klopp the team has proven to be mentally fit when needed. We will not walk past Burghausen that easily but should be able to advance to the next stage.

This team could start

The match kicks off at 3.30pm CET this Saturday and will be shown live on Sky Sports Germany. If you live outside of Germany you will have the chance to listen to Norbert Dickel on Borussia netradio or catch highlights on ARD Sportschau at 6pm CET.