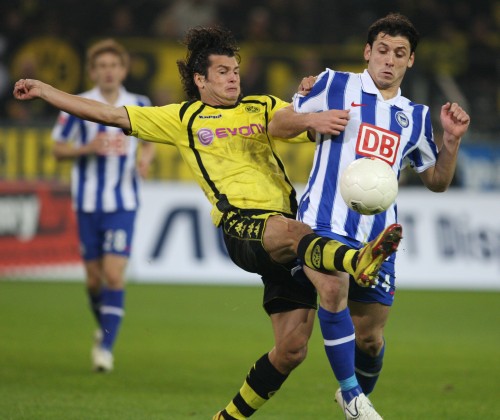 Amazing times for Borussia fans during the last weeks! Three wins in a row with 10 goals for our team and only one against us! Currently we are number 4 in the league, 5 points behind position 3, which would mean participation in the qualifiers for the Champions league! Champions league?! Well, let’s agree to this: Dreams are not forbidden, but with every new win we will draw nearer to the Europe league and that’s the main fact we should have in focus.

On Saturday afternoon we will play in Germany’s capital city against Hertha BSC aka “the old lady” of German football! It seems to be easy, to gain a victory against this team, last in the league with only 4 wins but 17 defeats! But attention please! Much to everyone’s surprise, Hertha won its away match last Sunday against champion VfL Wolfsburg 5:1! Maybe Wolfsburg’s team was tired, due to its match in the Europe league few days before or underrated Hertha – never mind! Our match against Hertha will definitely not be a walk in the park! After the win in Wolfsburg, Hertha needs 5 points, to achieve the relegation match. So we will probably see the Berlin team, fighting for the last possible chance, to stay in the league! 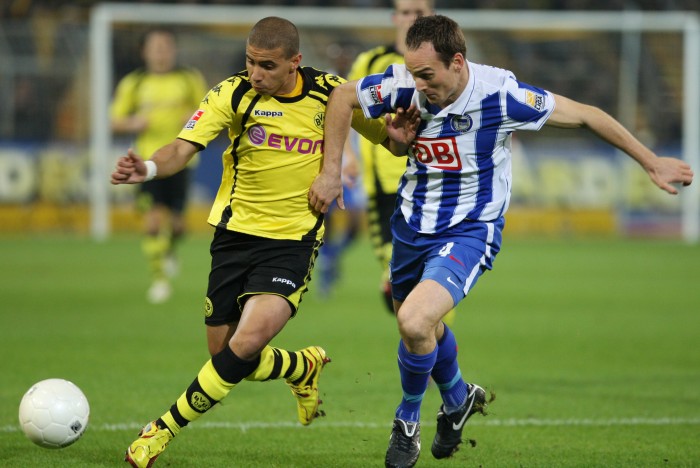 Last year Hertha had (surprisingly) the chance, to win the championship and this year the team is the top candidate for relegation. The question is, “why such a horrible development”? Presumably the main reason is the loss in the squad’s quality: Last season’s key players like Andrej Voronin (on loan and back to Liverpool), Marko Pantelic (now Ajax Amsterdam) or Josip Simunic (now Hoffenheim) couldn’t be replaced effectively. Manager Dieter Hoeness, not the best friend of former Hertha coach Lucien Favre, was fired at the end of last season and Favre had to leave the club only a few months later. Except Adrian Ramos (seven goals for Hertha) none of Hertha’s new players meets the expectations. In addition to Hertha’s sporting but also financial decrease, Favre organized a press conference after his dismissal and criticized the club’s management and strategy. Not the best starting position for Hertha’s new manager Michael Preetz, who hired former Frankfurt coach Friedhelm Funkel as successor for Favre. Funkel and short term transferred players Theofanis Gekas (Bayer Leverkusen), Roman Hubnik (Sparta Prag), Levan Kobiashvili (from a Gelsenkirchen suburb) and well known Florian Kringe from BVB didn’t achieve a turnaround until now. Two weeks ago Hertha hit rock bottom in the club’s history, when around 100 Berlin hooligans climbed fences and entered the green after the defeat at home against Nuremberg. 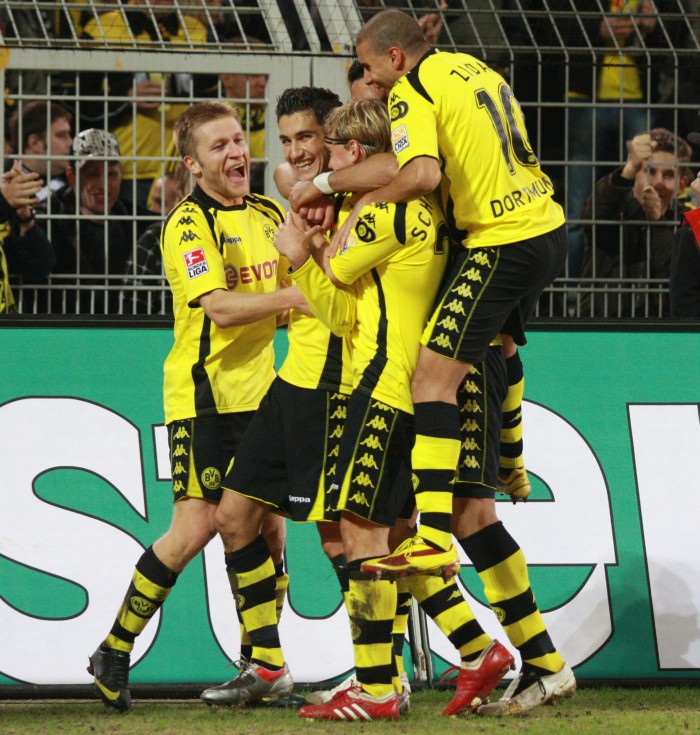 Looking at Borussia’s lineup for Saturday, let’s start with good news: Nuri Sahin will return to the team after his 5th yellow card, which didn’t allow his attendance last week against Leverkusen. But for Nelson Valdez the match will probably be one week too early. The same situation for Mats Hummels. Due to his broken jaw, he still cannot join the team. So we will find again Felipe Santana on Mats’ position in the defensive. Good to know, that our skipper Sebastian Kehl and goalkeeper Roman Weidenfeller are currently in optimal shape: Borussia should be prepared for aggressive Hertha forwards. No discussions about our strikers: Lucas Barrios and Mohamed Zidan are first choice and maybe Lucas could enter the top position in the scorer list! 15 goals currently for him, only now injured Stefan Kießling from Leverkusen scored one more goal than “the pantera”.

It’s worth to mention, that we will not see Hertha midfielder Florian Kringe on the green. Florian, on loan from Borussia, is injured again. In an interview BVB manager Michael Zorc mentioned necessary discussions with Florian about his future within the next weeks. But it seems to be clear, that his return to Borussia will not be the first option for Florian and the club as well.

Around 15:000 Borussia fans will be expected in Berlin’s Olympiastadion. Borussia sold 7.500 tickets for this away match, but approximately the same number of BVB fans purchased their tickets directly in Berlin. Best condition for a match full of atmosphere and hopefully without any bad scenes we have in mind from Hertha’s Nuremberg match. 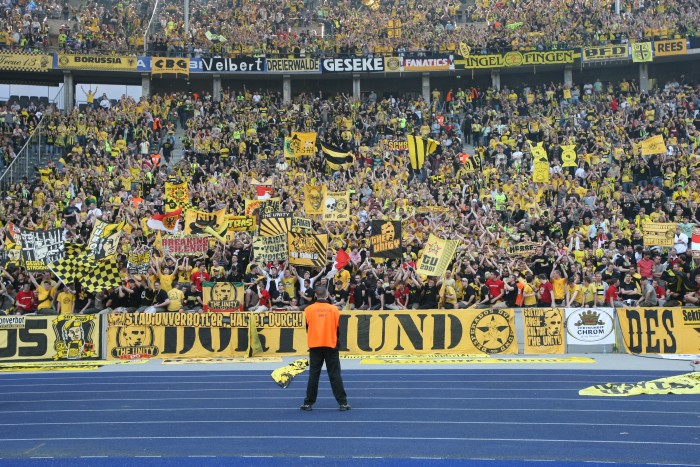 And our prospects for Saturday?

On Hertha’s homepage you currently find the slogan “Never give up”! Absolutely right in the club’s present situation! For all of us it would be a pity, to miss the trip to Berlin next season, because of Hertha’s possible relegation! But sorry Hertha, we need as much points as possible, for hopefully upcoming matches in Europe! So please try to win your next matches against our competitors Stuttgart, Leverkusen, Frankfurt or Sch…e! We promise - you will have our full support!