When winning is the only option 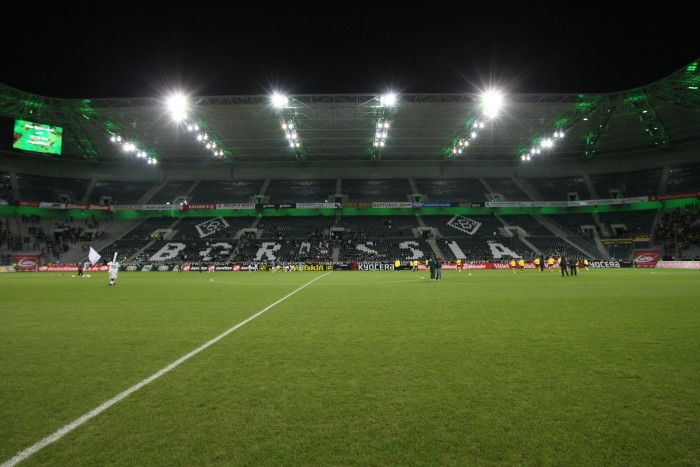 Today’s match at the false Borussia (Mönchengladbach) leaves no question on what is needed: A three-pointer after the disappointing start into Bundesliga finalised by the devastating loss in the Derby against Sch**** is simply the only option for Borussia at the moment. Sadly, this is easier said than done.

Given the high expectations after last years promising performance, the current season looks clearly poor: just one win out of 7 matches played. But still, Coach Klopp will probably (and rightly!) rely on the same team that played Sch**** with the addition that Dede will replace Schmelzer as left-sided defender. The defence is t be completed by Owomoyela on the right wing and Santana as well as Subotic forming the centre.

Klopp will likely command Hummels to be the organising defensive midfielder, while Tinga and Sahin will play as central defenders. Hajnal will complete the line as attacking midfielder and playmaker.

The attack will be formed by Lucas Barrios whose first strike in Bundesliga will be applauded to tonight, and Zidan.

The obvious question is: Why no change to last week? The clear answer is: The team, not having performed brilliantly, still showed some good insights of what it is capable of. With the addition of 5% of performance and a bit of luck, we will make it back on track.

Coach Michael Frontzeck’s starting eleven looks similar to last week’s one with the exception of Colautti heading back to the squad as striker, accompanied by Bobadilla and a dangerous left-sided Arango.

Overall, Gladbach’s performance looks more promising than last year’s struggles with relegation. This is primarily due to ist new offence, mainly driven by Arango, Bobadilla and the revived skills of Colautti. Hence our defence, not convincing so far, has to be cautious especially when it comes to counterattacks and set pieces (remember Dante’s goal last year..?).

As previously stated: it is absolutely essential for the team to win in order to cope with the current situation. Although this is admittedly easier said than done, we should consider that quality-wise, our squad clearly outshines Gladbach’s team. Even without a serious situation, a match against Gladbach should thus be won.