The wonder of Hoffenheim - or money changes everything? 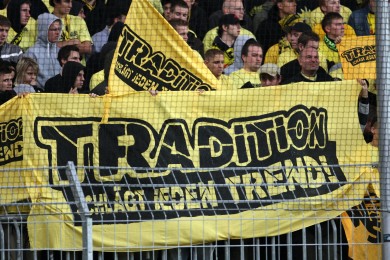 Borussia's results in the second leg are not so fully satisfying: One defeat, three draws and until now no win. On Saturday there will be the match against TSG Hoffenheim in Dortmund. How are our perspectives against this team and could it be our first win in 2009?

Let's start with a question: If you had asked anyone 3 or 4 years ago what he thinks when hearing the name "Hoffenheim" surely most of the people had
given you answers like:

What's the name of the village?

Where is it? or even

Sorry, never heard anything about it

Things have changed significantly! Hoffenheim, a small village with 3.300 (!) inhabitants 30 km next to Heidelberg in the Southwest of Germany entered the Bundesliga in 2008 and is currently, after a couple of weeks on top, number 2 in the league. For many football fans still a surprise, for others the result of professional and cool calculation combined with the instruments of modern management.

And the chronicle of the club TSG Hoffenheim is since 2000 a total success story: From the lower divisions in German football they entered the second division in 2007 and after only one year Hoffenheim has been promoted into the Bundesliga. It's impossible to comment this impressive development without mentioning the most important person who is responsible for Hoffenheim's successes during the last years: Dietmar Hopp, the owner of the world wide operating software company SAP. 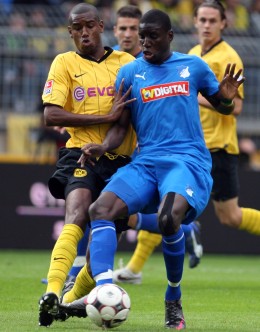 A lot of discussions were held about Dietmar Hopp's intensive financial engagement for the club. Due to his massive investment in the last years, Hoffenheim built up an excellent team and the new "Rhein Neckar Arena" with 30.000 seats has been opened in January this year. So it's no secret, that without Hopp's sponsoring the club would play only a minor role in Germany's football. Reactions about his engagement are mostly skeptical or even negative. The club's overnight success, in consideration with missing football tradition compared to other teams are the most critizied points. But to be honest - that's not a new development in football. In Germany Bayer Leverkusen (Bayer AG) or VFL Wolfsburg (Volkswagen AG) are very similar examples regarding the combination of financial power and football. The engagement of investors from Russia or Abu Dhabi in the English Premier league also show us the "signs of the times"! Tradition is "nice to have" but the power of investment is currently the stronger argument. An ominous development but we must learn to live with it! And let's not forget: Not a long time ago many supporters (including Borussia supporters) sang during matches against smaller or less successful teams "Wenn wir wollen, kaufen wir Euch auf" which means "We will buy you, if we want it". And let's not forget Borussia's financial crisis a few years ago! Would we have declined the financial help of a potential investor like Dietmar Hopp?!

What about the match on Saturday? The guest team of former Sch...e coach Ralf Rangnick shot the most goals in the league! 49 goals are a remarkable sign and strikers like Demba Ba (three goals against VFB Stuttgart last week), Chinedu Ogbuke Obasi made nearly forget the injured Vedad Ibisevic who's 18 goals in the current season are still on top of the scorer list. Former Hamburger SV player Boubacar Sanogo is another striker we have to keep in mind. Of course not the perfect substitute for Ibisevic but a player with high qualities

The creative midfield with Sejad Salihovic, Carlos Eduardo, Tobias Weis is another showpiece of Hoffenheim. The key defenders are new German internationals Marvin Compper and Andreas Beck together with Austrian Andreas Ibertsberger. Former German international goalkeeper Timo Hildebrand joined the team in the beginning of the second leg this season. During this week the above mentioned Andreas Ibertsberger and defender Christoph Janker joined the headlines: After Hoffenheim's game in Mönchengladbach they arrived 10 minutes too late in the doping test room. In spite the tests on both showed no evidence of doping the German FA has launched an investigation! 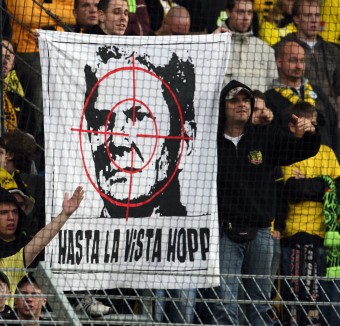 For Borussia the situation changed mildly positive: Long time injured Mats Hummels ,Kuba and red card-victim Lee will still miss the match. Tinga who missed the derby last Friday against Sch...e will be back! Also Kringe who had to be substituted with an injury during the derby is available for selection again. Maybe even Leonardo Dede will return into the team! He played a solid 45 minutes part in a friendly against Düsseldorf. Boateng will be missed due to a diagnosed inflamed tendon in the knee. Sad for him but hopefully the discussions about his aggressive play when he injured Sch...e's defender Krstajic in the beginning of last Friday's match will hopefully level out. Among Borussia's strikers Jürgen Klopp has the choice between Frei, Valdez and Zidan, Borussia's scorer from the derby.

In the first leg Borussia lost 1:4 in Hoffenheim - one of the matches of the current season we don't have in a good memory! So it's time for a revengembut it will be difficult with regard to Hoffenheim's strong strikers and midfielders. On the other side we all are waiting for our first win in 2009 and doesn't the name of Hoffenheim's patron "Hopp" sounds a little like"Hope"? And that exactly describes our feelings: "Hope for three points on Saturday!"