No reason to panic, but to work harder 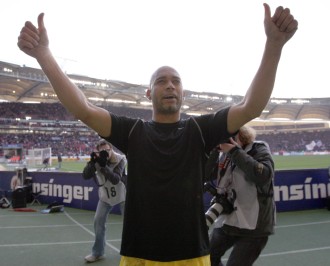 Journeys to Stuttgart seemed to be quite rewarding for Borussia in past seasons. However, this time, Coach Klopp's team didn't manage to receive a reward for the travel. Rather, the team only returned with the "merit" of not having won a match in the year 2009 so far. This, in turn, raises some questions, but shouldn't be used as a reason to doubt the team and, finally, the coach.

Pre-match issues
Starting off with some optimism, we have to admit that Stuttgart has regained its former strength since Markus Babbel took over. As for the match on last Saturday, Hitzlsperger got into the starting eleven, as Traesch and Hilbert did. On the flipside, Magnin had to take a seat on the benches.
As for our beloved Borussia, Kringe and Lee returned into the team AND, most importantly, DEDE could make it back into the team - earlier and despite the fact that he himself seemed insecure about when he would make his first match in Bundesliga after his long period injury. However, due to his red-card in the previous match against Hoffenheim, Kehl could only watch Borussia play in the Mercedes-Benz car park. 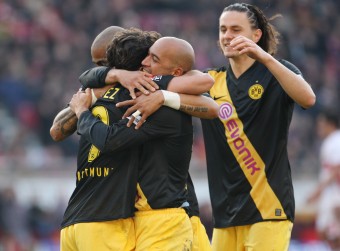 First half
Borussia started off very promisingly as the team gained control very quickly and Stuttgart had trouble to get into the match. But, as football teaches us, this doesn't suffice for winning matches and Stuttgart proved this thesis ideally. Having played for ten minutes, Elson was to bring a free-kick into the penalty area from the left wing, no one felt responsible for either making something out of it or defending the cross, and it eventually went into the nets - 1:0, what a disappointing start! Things could have been even worse as Gomez took a header from about 5 metres but only aimed at the bar (11').
But then, Stuttgart seemed to loose focus. And Kringe had two excellent chances to bring Borussia back to the match. A first header (16') just touched the upper nets while a second try (23') was not aimed accurately enough to bring Lehmann into trouble. However, Stuttgart set up a big chance when Gomez duped our defence (including Weidenfeller( and put the ball back to Hitzelsperger whose shot was blocked by Dede in the very last moment (37').

Second half
Boateng replaced Kringe for the second half and this proved to be an improvement for our midfield. However, it was again Stuttgart who came up with a good chance: Osorio's shot just hit the post when 3 minutes were played. But shortly afterwards, the 5000 BVB supporters had reason to celebrate: Zidan brought in a cross from the right side, Tinga picked it up and served Hajnal. The Hungarian international's shot somehow came to Valdez, who didn't have to make big efforts to mark a goal from 5 metres distance. (52'). Although a good amount of hope suddenly crossed Dortmunder's minds, this only sustained for around 10minutes. Hilbert served Gomez from the right wing, and the German international, being able enough, hammered it into the nets (62'). Those who believed in a final offence for at least the equalizer were again disappointed. Although Borussia put in some extra effort, there was hardly any notable chance in the remaining phase of the match (actually Stuttgart had some valuable opportunities to counter attack, but missed them...). So, this left nothing but accepting the fourth loss of the season. 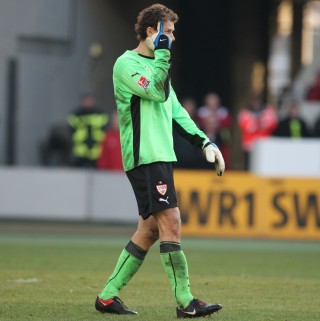 Final thoughts
It is hard to say what is worse: The fact that we still remain without a won in 2009 or that people, i.e. the media, stupidly tries to stimulate a discussion on a "stagnation" of Borussia's gameplay under Klopp. Those who state such discussions are strongly advised to have a look at some matches from last year - and revise their understanding of stagnation. We are going to a weaker phase of the season, however, this doesn't imply that the team can't do better - the first round has served as evidence for this. For some of is, it should be just clear now that UEFA is unlikely to be an issue for this year. Though it is clear that pressure rises inevitably on the team.