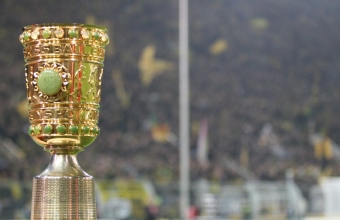 After 6 weeks of winter pause the Bundesliga is back! And to raise the impact factor the third round of this season's DFB cup kicks off the return leg. Borussia Dortmund will face Werder Bremen at home in front of more than 75.000 spectators.

The suffering is over. 6 weeks without any competition football is really a tough test to every German football supporter. Though there are many friendlies and even some indoor events, but nothing can match a serious Bundesliga or DFB cup game. As we reported before the winter pause brought some changes to Dortmund. Players like Klimowicz, Federico and Kruska left while Kevin-Prince Boateng was signed on a 6 months loan deal. Maybe that will give coach Jürgen Klopp the depth in midfield he missed during the first half of the season. Boateng can play on every position in a diamond midfield - as holding midfielder, on the left or right side and as playmaker behind the forwards. In addition he has a nice shot and is thus able to score goals. He is believed to start as right midfielder against Werder Bremen. 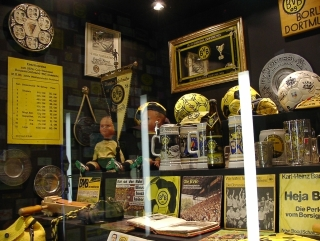 Another topic was yesterday's announcement that Kappa will be our new jersey sponsor from summer on. Our current contract with US giants Nike run out end of June and so BVB was negotiating with a couple of equipment companies. In the end Puma, Nike and Kappa were left. The Italian brand finally stroke the deal and secured a 3 year deal worth more than 3 million Euro a year. This includes the jersey as well as advertising within the Westfalenstadion. Though Borussia Dortmund got more than 5 million Euro from Nike, but on the one hand the world banking crisis has lowered sponsoring money and on the other hand back in 2004 we got the whole for 5 years at once. So in fact we didn't got any money for four season. So Kappa's millions are a pure surplus for Borussia Dortmund.

Another exciting moment was the 19th of December last year. After a couple of years of planning Borussia's new museum, called "Borusseum" was inaugurated. A what a beauty it is. All the supporters, who already visited it, have only one thing to say: "Unbelievable!". Surely a must for every BVB supporter who was the chance to get to Dortmund. More on that topic in a separate article during the next week. 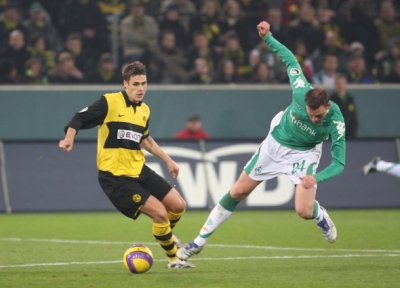 Let's come back to tomorrow's clash against Werder Bremen. Remember? Last year, about same time - it was also DFB cup, it was also end of January, it was also just before kick off of Bundesliga's return leg and it was also Werder Bremen in Westfalenstadion. That match was part of last season's run through to the final in Berlin. Who know's? Maybe history repeats? Whatever, both teams have to deal with some injured players. Jürgen Klopp is missing Kehl, Dede, Kuba and Hummels. So it is likely that Subotic and Santana will start in defence, while in midfield Kringe, Boateng, Tinga ans Hajnal will begin. Only the striker positions are not yet that clear. Looking at the preparation matches, it seems that Alexander Frei might start. The second spot could be occupied by Valdez.

Werder Bremen have to deal without Jensen, Pasanen, Prödl and Hunt. Naldo is still doubtful. On the other hand midfield star Diego and striker Pizarro are available despite their Bundesliga suspension. Lucky for Bremen as the North Germany really need full power and a result to keep the supporters in Bremen quite. Their season has been everything else than perfect. Struggling in Bundesliga, early exit in Champions League. Bremen has surely lost part of its magic, the showed during the last season. Still with an over-average offence but becoming even worse in defence. We will see how they will present themselves in Dortmund.