Jürgen Klopp - from carnival city to the Westphalian beer capital 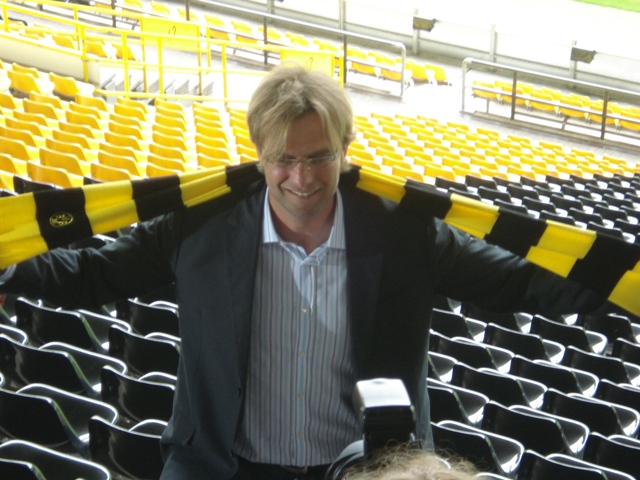 After all it happened within 5 days. On Monday former BVB coach Thomas Doll had a meeting with BVB's officials - Hans-Joachim Watzke and Michael Zorc. Main topic was the disastrous Bundesliga season.

Despite having achieved the UEFA cup qualification by reaching the DFB cup final, the black-yellows finished on spot 13. Adding to that we had the worst defence of the whole league, allowing an amazing 62 goals. All that were points surely mentioned in this meeting. And already within this talk it became obvious, that Thomas Doll had no future in Dortmund. The official statement mentioned an offer by Doll to step down. In reality it seems much more likely that Watzke and Zorc fired Thomas Doll. Rumours talk of a compensation of about 500.000 Euro.

And while part of the media was still rotating about Doll's demission there were within minutes rumours, that Jürgen Klopp of FSV Mainz 05 would be Borussia's main target. Already on cup final day there were news spread, that Klopp would be our new coach next season. That was heavily denied by both parties at that time. The supporters might never get to know, whether that denials were true; nonetheless Klopp's name was connected with BVB from that moment on. And yes, throughout Tuesday and Wednesday the signs, that Mainz's coach might opt for Dortmund, became stronger. Finally there was an official statement on Thursday evening, that there would be a press conference on Friday morning. That was more or less the confirmation that Jürgen Klopp had agreed to move to Dortmund. 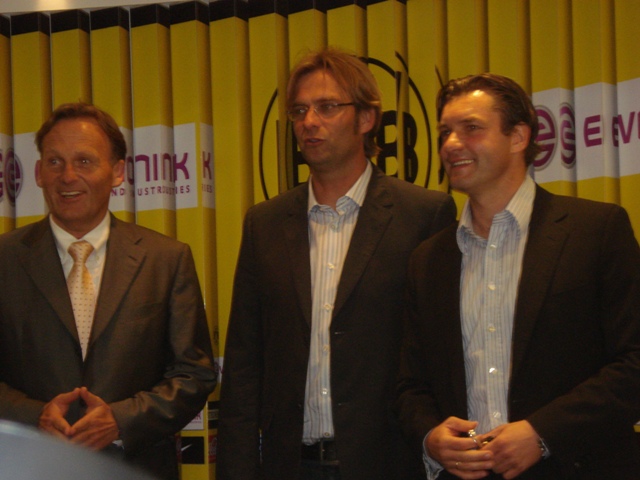 So what type of coach do we have to expect? In that press conference he talked of creating new pressure situations - meaning to get some new players to keep the pressure on the starters high. He also mentioned, that to people outside he might look like a lazy guy, who is gentle to his players. In contrary to that he pointed out, that in Mainz he is known for hard work and few spare time for his players. The BVB squad should consequently use its holiday to relax as hard work is waiting for them in Dortmund. One of the main characteristics of Klopp's team in Mainz was his offensive style of play. Boring football has no right to exist in his opinion. The audience - especially at home - should enjoy its visit. Sounds realy nice, nonetheless he will in the end by judged by the results.

Jürgen Klopp will be accompanied by his Mainz colleagues Zeljko Buvac and Peter Krawietz. While Buvac is called "the brain" in Mainz and is responsible for the everyday work on the trainings pitch, Krawietz was Klopp's top scout. All of them got 2-year contracts till 2010.

Last but not least: Welcome in Dortmund, Jürgen Klopp!