A Black and Yellow Island in Hamburg We all know it: On Saturday thousands of BVB supporters will visit Hamburg. Full of hope for maybe the fifth win in a row. Will Borussia Dortmund still climb up in the league? But we should all have in mind that matches vs. Hamburger SV in Hamburg and also in our Westfalenstadion had been not very successful during the last years. Dortmund’s last win in Hamburg was in season 2011/2012. It was an impressive 5:1 win but in most of the following matches it always seemed like some black and yellow assistance for HSV to avoid the relegation.

For every Borussia Dortmund fan, possessing a ticket for the match on Saturday it’s absolutely clear where to spend the afternoon. They will watch it in Hamburg’s Imtech Arena, with a capacity of 57.000 viewers. But what will happen when you will be in Hamburg without a ticket for the match? Don’t panic! Here’s the perfect solution. According to the headline in Hamburg exists a “black and yellow island” And the name of this black and yellow island is “Dreißig”, a sportsbar in Hamburg’s urban district “Eimsbüttel”. 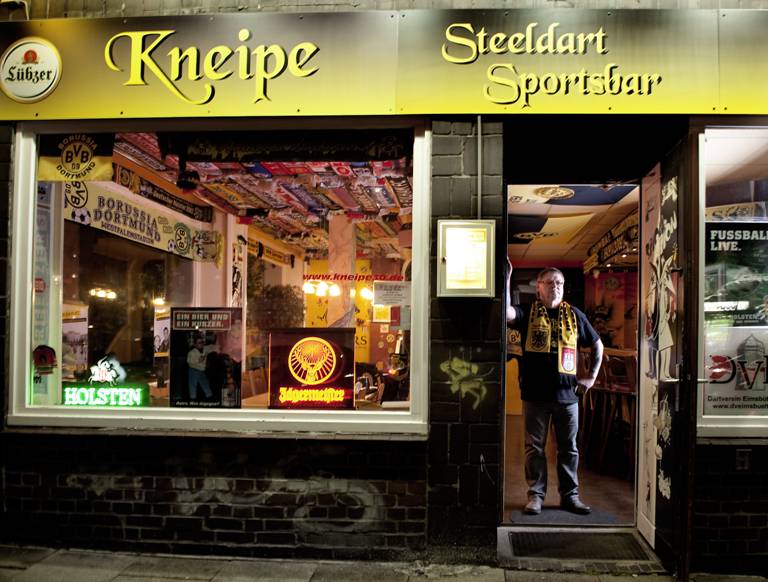 The sportsbar “Dreißig” was opened around ten years ago and in the beginning it was a normal Hamburg sportsbar showing matches of Hamburger SV, FC St. Pauli or the Bundesliga conference on TV. “But you can watch these matches in most of all Hamburg sportsbars” Dieter Sawitzki, landlord and owner of the “Dreißig” explains. “The big change came when some years ago several BVB fans, who maybe had lost their way, entered the sportsbar and asked me if it would be possible to watch a match of BVB live in our pub”. Dieter agreed to this and from that day on, BVB fans could watch all Dortmund matches live on TV.

During the following time the number of Dortmund fans, visiting the “Dreißig” increased and increased and the sportsbar developed into a meeting point for Borussia fans not only on matchdays. Dieter: “Our guests are of course regular customers who are living in Hamburg and their favourite club is BVB. But also a lot of Borussia fans, visiting Hamburg for a city trip now know the “Dreißig” and take advantage to watch Borussia’s matches live. Very often the sportsbar is so crowded at Dortmund matches that viewers sometimes must stand outside. But that’s OK! The main thing is that everybody has a good view on one of the TV screens and the atmosphere is great.”

Dieter also offers a special service for BVB fans by serving original Dortmunder beer. “It was a little bit difficult, because breweries regularly prefer deliveries in their home markets, which means the area Dortmund and the Ruhrgebiet. But we found a way to handle it and now BVB supporters can watch the matches of Borussia Dortmund by enjoying an original Dortmunder beer. 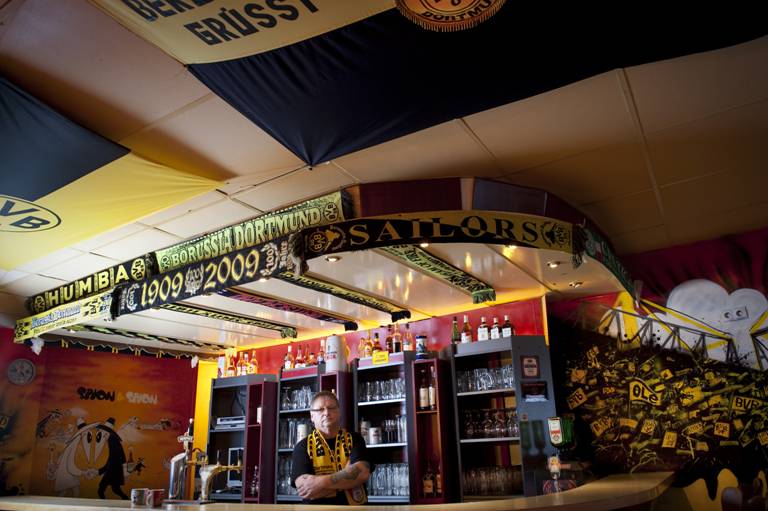 As a guest of the “Dreißig” it’s hard to believe that you are in Hamburg and not more than 300 km away in Dortmund. Black and yellow colours everywhere and at the walls you can find a lot of Dortmund related stuff. Pictures, BVB jerseys and eye catching paintings, self made by guests of the “Dreißig”. The growing reputation of Dieter’s Dreißig was reason enough to include this sportsbar in a separate chapter of “Dortmunder Jungs”, a book about BVB fans and their special relationship to the club in black and yellow. Without a doubt this book is worth reading also for all German speaking BVB fans abroad. http://www.schwatzgelb.de/2014-12-18-fussball-offline-dortmunder-jungs.html

No question that Dieter himself became a 1909% BVB fan. “If it’s possible I try to visit some matches of Borussia in Dortmund’s Westfalenstadion” every season he declares. 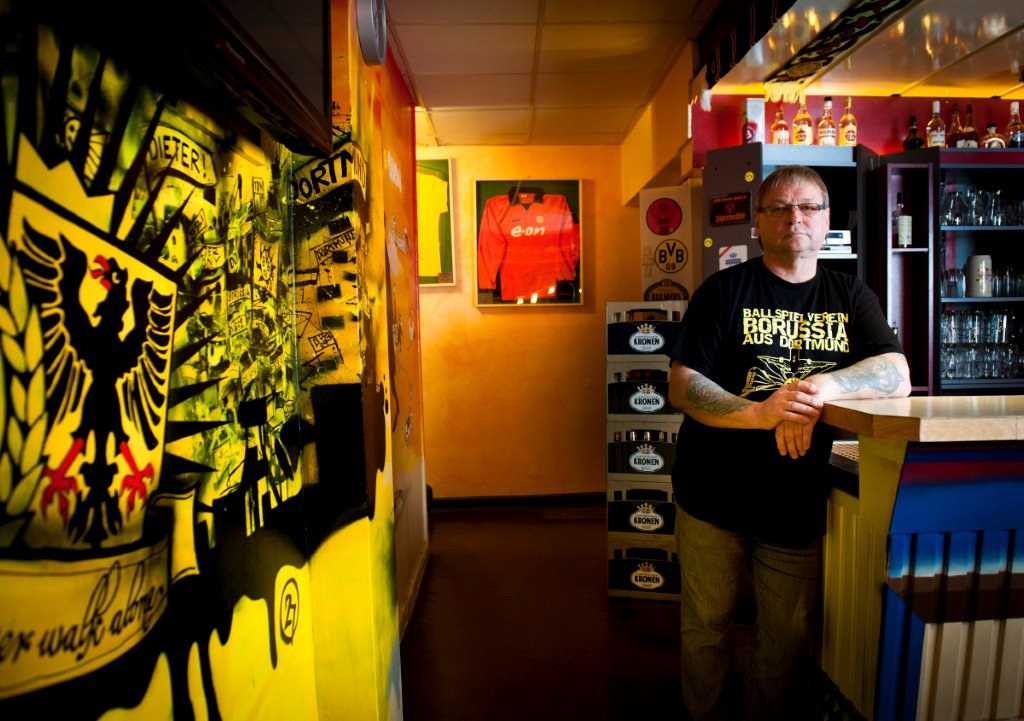 One last recommendation: It is advisable to enter the “Dreißig” early before the beginning of a Dortmund match. Regularly the sportsbar is very crowded. Especially will it be this Saturday when the band “Dortmunder Jungs” will play a concert at “Dreißig” in the evening. Their songs are all Borussia or Dortmund related and all band members have their musical roots in Punk or Heavy Metal. Definitely not a bad musical follow up after the match against Hamburger SV.