17 Lessons in Supportership: To boycott or not to boycott Hoffenheim

When I first heard about the boycott I had just begged my boss letting me reorganise my holiday so I could travel to Sinsheim. I was not delighted over the rumours which would force me to making an active decision. Supporter culture or the team. 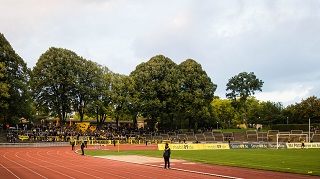 I had several talks with different supporters, from people who were as lost as I was with the decision to people who were orchestering the boycott. I questioned the reason for the boycott. Let’s be honest, a midweek game in a stadion that the people visiting swear never to come back to just to find themselves on the stands again a year later, against a team most people regret not sending back to the second division in 2013 when Dortmund had the chance.

If something can be described comfortable, boycotting this particular game is exactly that. There were no talks about travelling to the stadium just to listen to the game on radio outside the stadium like in Hamburg 2012.

Even though I was told the decision was easy. I felt I needed to be able to stand behind what ever I would choose to do and not just to give in to the general opinion.

Supporter culture is one of the trademarks of the German league. The international media celebrates the German travelling fans. But behind the scenes it is not all pink dreams and snuggles. Instead there is a constant clash between the German Football Association, the football clubs and the supporters.

Just last week we got to witness an example of the ocean wide cap between the BVB marketing department and the supporters when a Dortmundlegend Adi Preissler’s quote was suddenly painted over with a sponsorlogo outside the stadium. The club received a shitstorm on social media and has since promised to correct their mistake.

That things like this can happen in the first place is a clear indication of how the people in charge in the clubs are sometimes compeltely clueless about how their core consumers, the ones they exploit for slogans like ”Echte Liebe” to sell their product to masses feel. When they even manage to anger the supporters outside the ultra groups, then they really have crossed the line. And of course, part of this is the pricing of tickets. Which brings us back to the Hoffenheim boycott. 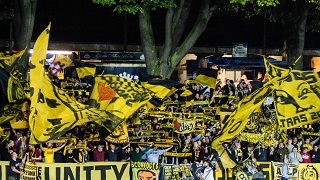 In the end the decision of boycott or not to boycott the game was as simple as I was told it would be. I would not be spending all my time, money and sacrifice my holidays for the team without the supporter culture. And this is what this boycott was all about in the big picture. It was not about those 20 something euros, it was about the vivid supporter culture that must be preserved, one battle in the never ending fight against modern football.

And for you who critise the supporters for not standing behind their team I would like to point out that the club and the team that consist of 11 players on the field are two different things. Sometimes you need to take a fight against the clubs in order to be bale to be there for your teams, even in the future.

Standing behind the banner ”Football must stay affordable” in the Rote Erde, the home stadium of BVB’s U-23 team, was for me the only place to be when the first team entered the field in Sinsheim.

Lesson #3: Sometimes you need to take one for the team, the team of supporters, and put your individual desires and goals on the side.