17 lessons in supportership: I am Ingolstadt

We’ve all read about them. Part of the attraction of BVB is that you can hear them at every game you watch on tv, no matter where in Europe the team is playing. The English Premier League is looking jealously at them in an attempt to revitalise their own supporter culture. It is the glorified away supporters, the ones that follow their team everywhere in masses. The blackest and yellowest of the black and yellows. What does it take to become one of them?

34 Bundesliga games. 17 of them away. One Finnish supporter. Traveling from Sweden to Germany. Every. Single. Game. Day. 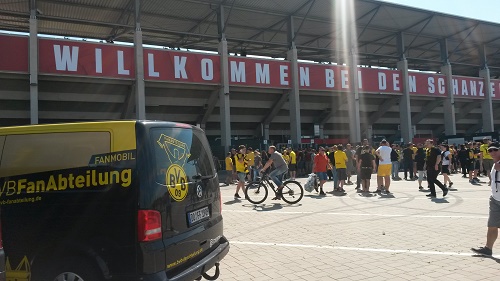 I was not born in the Borsigplatz. My parents didn’t take me to a game when I barely had learned to walk. I didn’t grow up in the same street with Stefan Klos. Nor heard the stadium when I opended the window of my student flat. If anything I was made in a production line called football books and Uli Hesse’s cronicles. They might be almost as fine merits as having been made in an exclusive German car factory, a bit plastic and lacking in the essential practical experince. 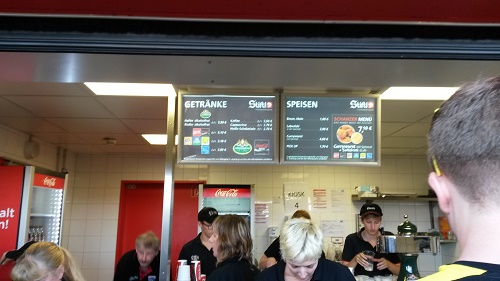 Ingolstadt, a city where it all starts. A newcomer like me, trying to break in to the glory of Bundesliga. An outsider with a desire to discover the code of German supporter culture.

1999 I heard about the city of Dortmund for the first time. In 1999 FC Ingolstadt didn’t even exist.

2008 I lost my Westfalenstadion virginity. Back then Ingolstadt was playing in Regional league South.

Eventually I graduated and started earning money. Ingolstadt got a wealthy financier. 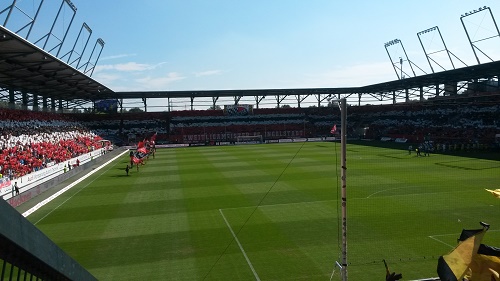 Audi is desperately aspiring to join the mob of ridiculed tradionlacking to concrete walls playing teams of Wolkswagen, Dietmar Hopp and Bayer in their neverending struggle to be accounted as football clubs. Exactly the same way I am begging for acceptance and inclusion to the devoted group(s) of hard core supporters.

No matter how much I refer to the games I watched on tv, or how the Ingolstadt supporters argue that their team is not just a corporate team because Audi is not pouring heaps of money into the players compared to the another corporate clubs, we both will be scrutinized based on our short history with football.

I am thirsting to get my share of the silent information of the supporter scene. The part of the supporter culture which does not tranfer throught television, which is not written about in kicker and definitely not in the international press. Information which doesn’t even reveal itself with occasional visits to the stadium.

And so we met, two newcomers, without understading of the supporter culture, with our fat wallets (I wish and obviously the ingolstadt supporters not in order to distinguihs themselves from Wolfsburg) and unexisting football tradition. Visiting the stadium was like looking into a mirror. In this face off the question is who of us will get accepted, who of us will prevaile? 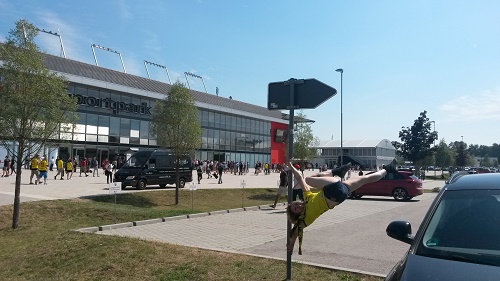 Lesson number 1: No matter what the BVB supporters allege South Germany is not a day trip away from Dortmund. It is just insane to be on a road for 20 hours to watch 90 minutes of football.

Will I still be Ingolstadt when the season is over? Hopefully I will still be travelling. Just not to Ingolstadt.