Borussia Dortmund to travel Asia during this summer

As announced during the last summer break Borussia Dortmund will be travelling Asia this summer. BVB has now released details about the trip including two matches against a Japanese and a Malaysian side. But there are questions to be asked about the trip: Why Asia and is it really necessary?

Key facts about the trip

Borussia Dortmund is intending to travel Asia from 5th to the 11th July 2015. It is the second “marketing trip” to Asia following the first one in 2007. But another trip to Tokio dates back to 1997 which was for facing the final of the World Cup for clubs against Belo Horizonte. The BVB won and became the best team in the world. Now 28 years later Borussia Dortmund will be playing against Kawasaki Frontale, a team from the Japanese J-League, happening on the 7th of July. Two days later the Malaysian champion Johor Southern Tigers are hosting us for another friendly. Both matches will be played in stadiums with a capacity of 30,000. The trip is meant to be a part of “holistic internationalization strategy”. According to Carsten Cramer, the head marketing, sales and business development, people in Asia want to be closer to their stars which is only possible during the summer break. 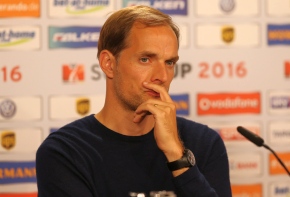 played Belo Horizonte in 1997 in Japan many people became fans of the BVB and started supporting the club from afar. Bu the real boost in popularity came in 2010 when Borussia Dortmund signed Shinji Kagawa, one of the greatest talents in Japanese football. And during his first two years in Germany he was showing his massive talent. Even a broken foot and half a year of recovery time couldn’t stop him. He was one of the cornerstones in Klopp’s team that won the championship twice and the cup in the second year as well. The media attention from Asia shot through the roof and Borussia Dortmund became well known in Asia. The attention dropped when Kagawa announced his transfer to Manchester United. However, now that he is back, attention is on full throttle again. Another try to get more attention from the South Korean market was tried by signing Ji Dong-won which sadly didn’t work out. He left the club just half a year later. Nonetheless, Borussia Dortmund got two other feet into the door in Asia with the “Evonik Soccer School” in Japan, employing one coach, and a BVB representative office in Singapur. The Asian market is huge and many teams are trying to engage with the people there in order to conquer new markets and gain more turnover. First and foremost, Manchester United as shown how 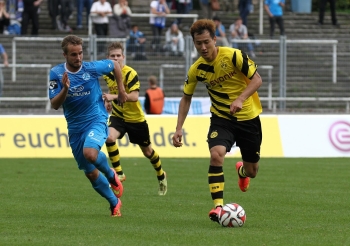 marketing in Asia can work out. They are attracting new sponsors and their jersey sales in that region rose massively. Money is a necessary base to be successful in football and when Hoeness said that the BVB is just a regional thing it was probably exaggerated but compared to the other top 16 clubs in the Champions League we still lack popularity abroad. Gaining popularity, bringing the BVB to the people in other countries is necessary to play in the concert of the big teams. With our positive image and our successes in the Champions League two years ago that might draw some attention to the objectively said “best club in the world”.

As pointed out before, conquering new markets and earning more money will be crucial to sustain the club and sustain success. Unfortunately, the romantic in football is gone and money reigns the business. We cannot work around that. It might work for a year or two and lead to a surprising win in the championship as shown by Klopp and his team but still, that is rare in football and of course, there is a cause why Bayern is dominating German football: money. 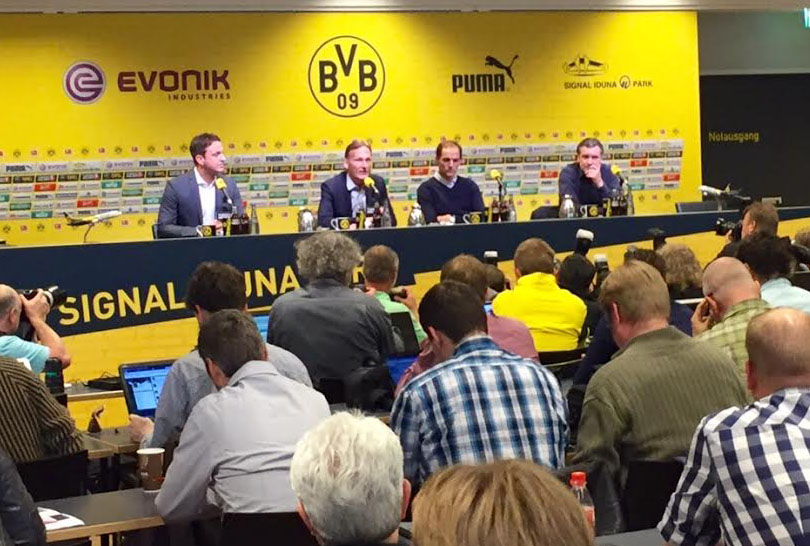 On the other hand, the Asia trip couldn’t have been planned worse. A rough season has ended with a defeat in the final. We still have the chance to see European football at the Westfalenstadion next season, though, but 7th place and the lost cup final leave us stuck with two qualification rounds. That means our season is starting way earlier than for all the other teams taking time of our training schedule. That wouldn’t be a problem with a team in good shape and a coach who knows all the players. Unfortunately, both are not the case. Tuchel comes in freshly and he already stated at the introductory press conference that the pre season will be tough. Last year’s pre season was tough as well according to Klopp and we all saw where that ended. The trip to Asia was planned under different circumstance and with the assumption to play Champions League again and start the following season with Klopp. However, Tuchel has to face this additional challenge now as there is no way Borussia Dortmund would cancel this trip. Hopefully, this lack of preparation in the early phase will not cost us points during the season. Another struggle in the league would probably cost a lot more than just money, taking Hummels’ statements into consideration.

The trip to Asia makes sense, not only from a business point of view but to be closer to the Asian fans that have started loving our BVB years ago now. For those who support Borussia Dortmund since the 90s club legends Lars Ricken and Kalle Riedle will join the trip. It is a good opportunity for all who had to wait several years to see their stars play in their region. On the hindsight we should always remember that we shouldn’t turn the markting wheel too much as it should support and not hinder the sporting outcome. A regular pre season without jet lag might have been worth more under the given circumstances.