Spotlight on! - the Swabians are next 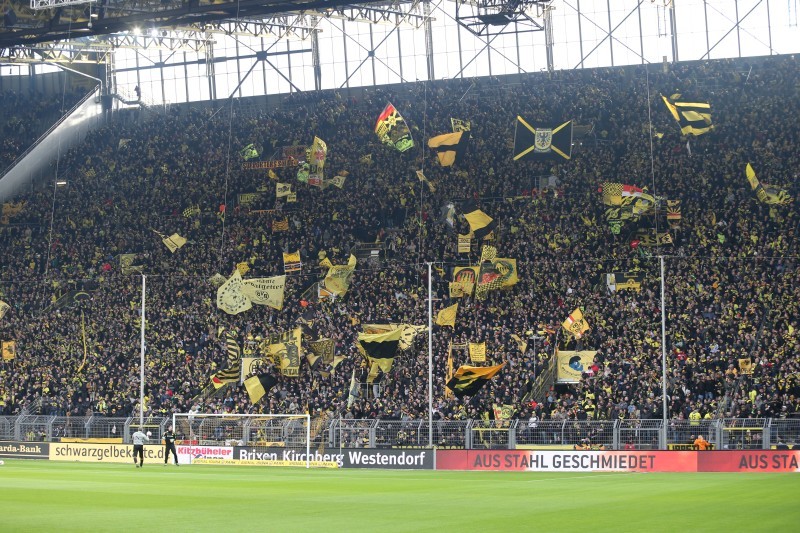 This Friday evening Borussia Dortmund faces the Vfb Stuttgart on the 11th day of the Bundesliga competition. Although our stage, the Westfalenstadion, will be illuminated at 8.30pm, it seems as if the galas have already taken place in London and Sch****. After these two glorious performances the home game against Stuttgart appears a bit unspectacular, but matches like this always need to be taken exceptional seriously, because you cannot just rest on your laurels of former victories.

Before we talk about the real match there is one important event that is to be mentioned: the contract extension of Jürgen Klopp and his assistants until 2018! This great news has to be a good omen for the home game against the Vfb. In addition, it diverts attention from the inner disquiet that came up after the pyrotechnics attack on the block of Sch****-supporters, that lay a dark shadow over the derby-victory. Apart from this unpleasant aspect of last week’s win, the derby is of course a positive factor regarding the upcoming match because it shows that our players are in an excellent form and furthermore it once again made clear that our new comers, especially Aubameyang who has already scored 6 times, integrated perfectly into our team. 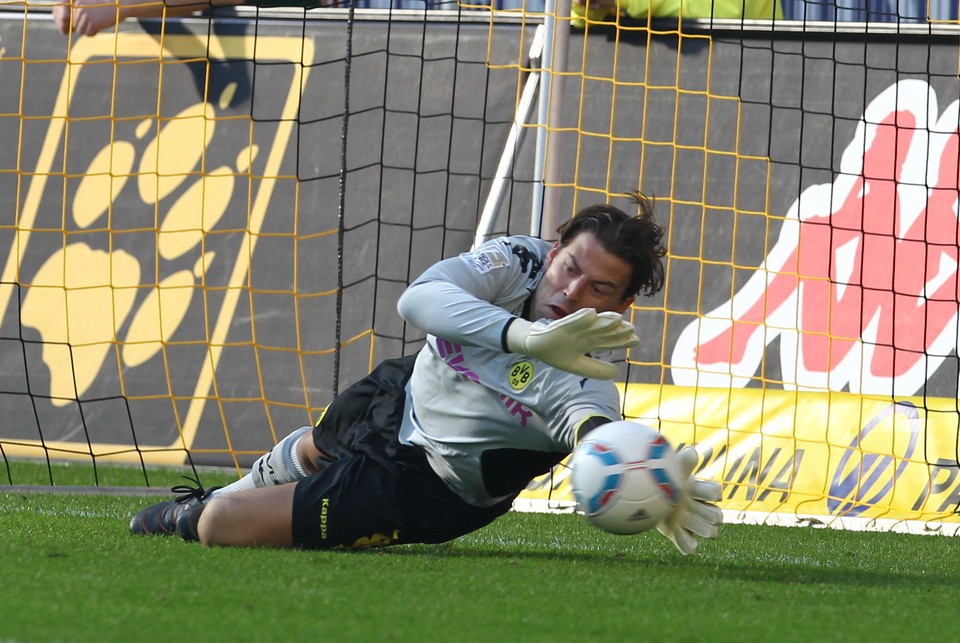 Although our recent performances present a very stable image, the Swabians under coach Thomas Schneider should not be underestimated. Jürgen Klopp warns about the extraordinary strength of our opponent, where especially the striker Vedad Ibisevic is in top form at the moment, having scored 12 goals for his club this season already. Moreover, the Vfb has other qualities and developed a kind of stability in the last weeks. Therefore Klopp says that it will be hard work again but that he is confident about a happy outcome for his team.

Although most aspects foreshadow a victory for the black and yellow team, the statistics present a different image: Borussia was not able to defeat the Vfb Stuttgart at home since 27th September 2008, which means that there have been 4 matches without a win in the Westfalenstadion in between. All in all, the statistic between the two opponents is in favor of the Vfb that won 3 points in 38 matches while the BVB only succeeded 29 times. But when we have a look at the last game where BVB and Vfb met we see a victory of Borussia. The result in Stuttgart was 1:2 after goals of Piszczek (who is injured recently), Lewandowski and on the other side Maxim (who developed positively under the new coach Schneider and is seen as a specialist for set plays). The table stands in contrast to the superiority of Stuttgart presented in the statistics because the schwarzgelb Club stands on place 2 with 25 points while the Vfb almost only has half of the counters (13 ponits) and stands on 8th place in the bundesliga.

As I already mentioned, Borussia Dortmund is in a good form and won its 3 last matches. In contrast to that, the Vfb is stable at the moment (under the new coach: no defeat, 3 wins, 4 draws) but nevertheless was not able to win its last 3 games and therefore is highly motivated to succeed against our team. This aim will not be an easy task for the Swabians because they suffer from some kind of personal problems: Striker Cacau will be missing for some weeks as a consequence of a torn muscle in the waten and Rüdiger is blocked after a red card. On the other hand, Schwaab and Sakai can be expected back on the field after injuries and other changes of the line-up are likely, for example Moritz Leitner (who played for us last season) could replace Harnik in the offensive middle field. No matter which team will stand on the field on Friday, it will surely be supported by a mass of supporters as 8.000 Swabians decided to follow their club to Dortmund.
Our line-up will possibly be the same as the one last week in the Derby as Piszczek and Gündogan are still not ready yet after their injuries and Sebastian Kehl will probably take place on the bench first of all after a 6-week-break.

To sum it up, the defeat of Stuttgart will be a real challenge for us but our recent form gives us hope for a possible victory. In addition, the good omens, on the one hand Klopp’s contract extension and on the other hand Weidenfeller’s anniversary of his 300th match in the bundesliga, foreshadow a success as well. Three points in our own stadium floodlight would be a great thing for the black and yellow supporters and moreover they would be needed to keep the close contact to Bayern München that faces Hoppenheim on Saturday and therefore will very probably succeed as well.

Although statistics are not of significant interest for us it would be great to change the poor results of the last home games against Stuttgart and to furthermore continue the positive course of the season that we had until now. And another motivation for our players may be: Borussia is the only team in the bundesliga that won every single home game this season and with the next victory in line in our stadium the club record would be equaled!

Matchday bets: You vs the Editors

This week: Fera vs veramariko