Which card is advisable for a New York trip? Mastercard? Visa Card? Answer: The new BVB Membership Card of the BVB Club NYC 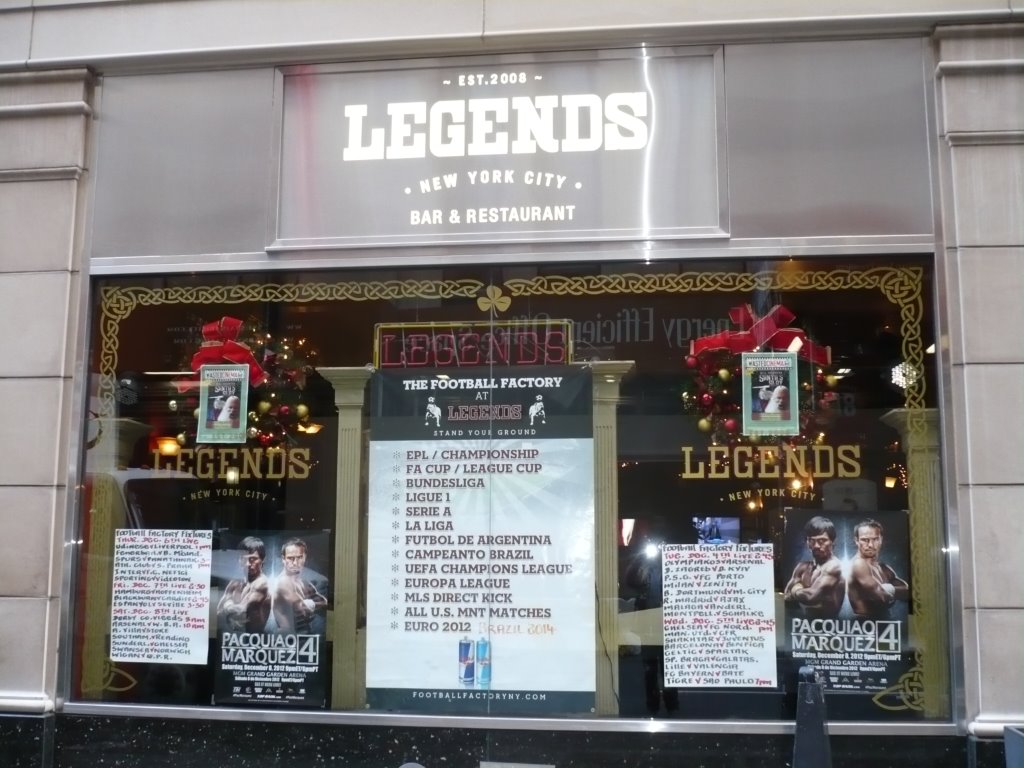 By the end of last year we reported about a sportsbar in Manhattan which is without a doubt a MUST for every Borussia Dortmund fan, travelling to or living in New York. The sportsbar’s name is “The Football Factory at Legends” and is located at 33rd street, very close to the Empire State Building. http://www.schwatzgelb.de/2012-12-13-bvb-worldwide-new-york-football-factory.html.

In my opinion really the best place to watch BVB matches on TV and meeting other BVB fans in the heart of New York City. Now this sportsbar implemented a new idea, an own BVB membership card. For 5 $ the cardholder will get 10% off bills at “Legends” any time as well as priority access for watching BVB matches, Champions League or World Cup matches live on TV at Legends. This is an interesting offer and a very promising activity to enlarge the loyality to Borussia Dortmund in the “Big Apple”. The first experiences about the acceptance of the BVB membership card are excellent and the number of black ‘n” yellow card possessors is still growing. For schwatzgelb.com it was the best occasion to talk with Robbie Kennerney, Chief Marketing Officer at Legends about the BVB membership card.

schwatzgelb.com: What was the main reason to implement a BVB membership card at Legends?

Robbie: Several reasons. First, and most importantly, we wanted to reward our loyalest fans who come to each game here and show them that we appreciate their business, and what better way to do that than with a discount. The community of Dortmund fans and the fan club itself at legends is new and constantly expanding, we felt the membership cards would be a great way to unify the group and add to the identity of the Supporter's Club so all of the fans could feel like they are part of something. We also get a lot of BVB fans passing through New York, so if the card is something they take back to Germany and show to friends who may be visiting NYC this can only help the group grow and it is ALWAYS great to have native BVB fans link in with the group and pass along knowledge to some of the American members. 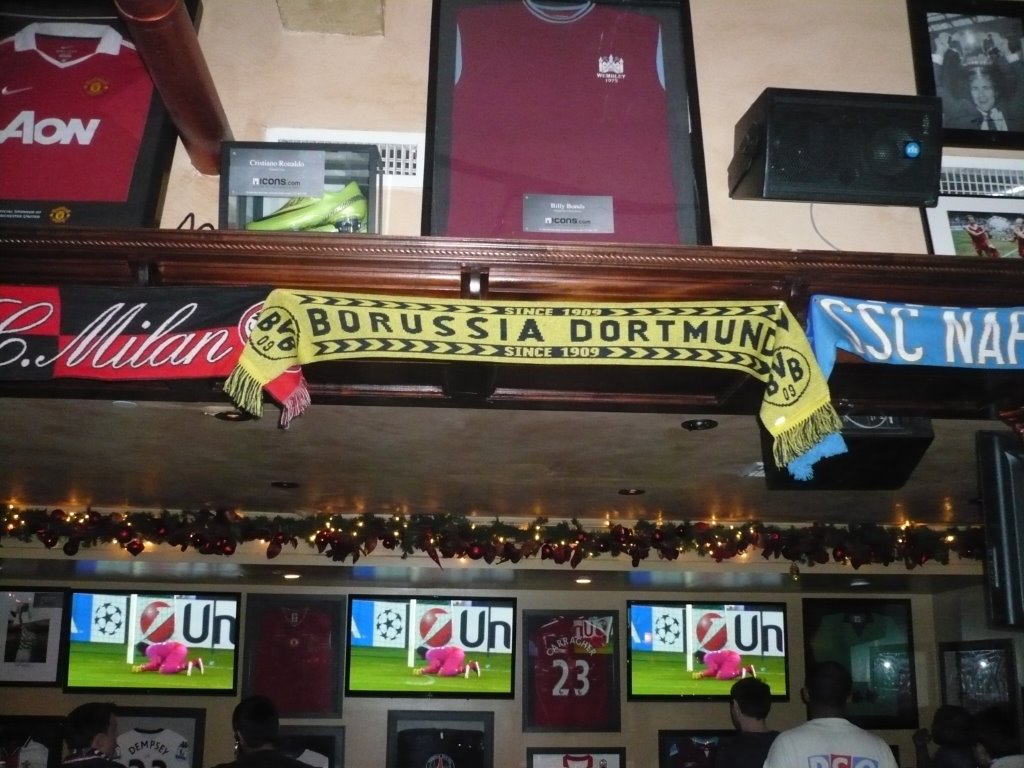 schwatzgelb.com: Who are the people watching BVB matches on TV at Legends? NY citizens? Residents? Tourists?

Robbie: As I mentioned, it is a combination of all three, and this season we have seen the BVB group really begin to grow. Our core group is now in double digits and on many match days they can outnumber BPL teams and particularly on Champions League match days. The largest group is people who lived in Germany and now live here. You can take the fan out of Dortmund, but you can't take Dortmund out of the fan. After that it is an even mix of American soccer fans who have adopted BVB as their team and tourists who are passing through. The larger the group and network grows, the more we'll hope to see of all three groups of fans. I must note that since launching the membership cards we have seen purchases for BVB cards come in from as far away as Oklahoma!

schwatzgelb.com: What about other German Bundesliga clubs? Are there also supporters from other German clubs watching matches at Legends?

Robbie: We have a regular following for FC Bayern, which is to be expected. Hamburg are also capable of big numbers on certain match days and Eintracht (Frankfurt) have attracted good numbers too. We show the KONFERENZ live every Saturday morning so we can really expect to see a fan or two from any team playing, the variety is always welcome. We are pleased to see that having started a meetup.com group for fans of Bundesliga in NYC, we have now seen it grow to almost 50 members in a short time. A sign that the Bundesliga in general is growing in popularity (http://www.meetup.com/German-Bundesliga-Soccer-Fans-NYC) 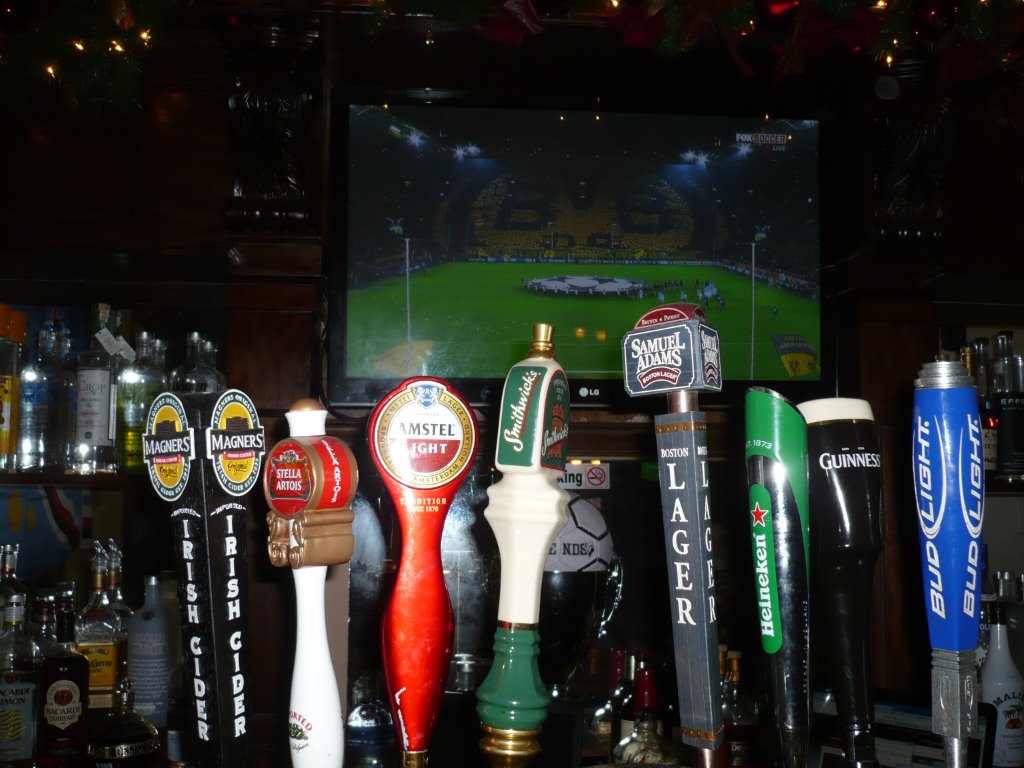 schwatzgelb.com: Which German club has the most viewers at Legends?

Robbie: Undoubtedly it is Dortmund. Aside from Hamburg, they are our only official Bundesliga supporter's club at the bar. We always see strong numbers from FC Bayern, but due to the work of some of the BVB group leaders, particularly Nicolai Fratzke, a BVB fan and a regular viewer of BVB matches at Legends BVB is always the best supported German club here at Legends. This is especially true on Champions League days when BVB can outnumber ANY other European team.

schwatzgelb.com: Do you offer also membership cards for other clubs or other leagues?

Robbie: Yes, we offer cards they represent almost a dozen teams now, and the supporters clubs associated with those teams here have been great in helping us. The main idea is to turn the spotlight towards the supporters clubs rather than the team itself, I would like for average BVB, Fulham, AC Milan fans etc. to purchase a Football Factory membership card from us and see that a supporters club for their team exists here. Hopefully this will lead to more people connecting and the supporters clubs growing in size. That is the overall goal of the cards, to grow the community here. 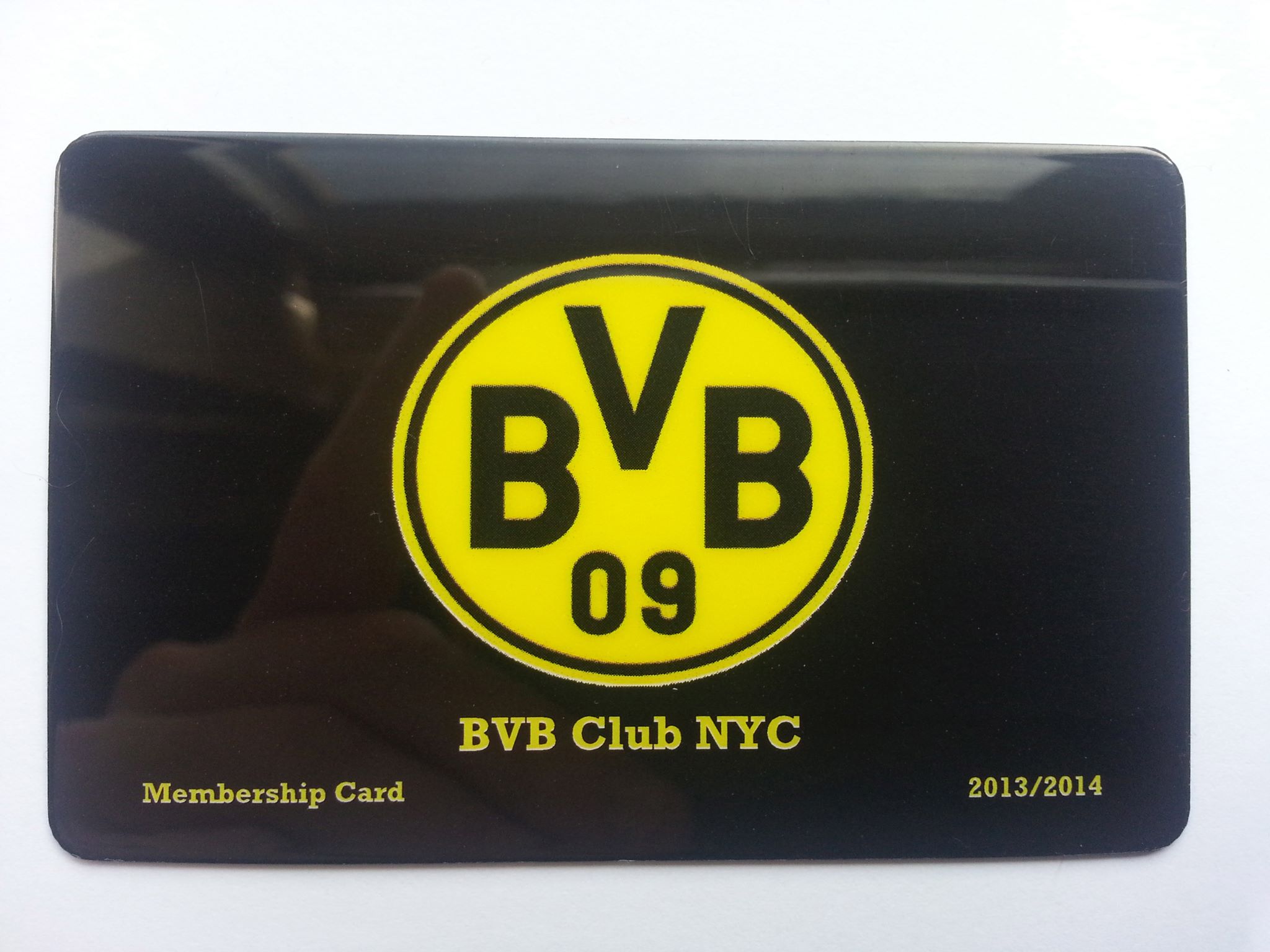 schwatzgelb.com: When you think about yourself and your colleagues – which are the most favourite football teams?

Robbie: Jack (the Director of Football and chief at the bar) and I support Manchester United and Liverpool respectively, so we always enjoy seeing them do well. With regards to Legends, Chelsea remain a powerhouse in terms of fan numbers, but PSG are following up very closely. We have a strong PSG group, the main core of which are natives of France now living in NYC. With the explosion of the teams popularity the Supporters Club has nurtured the growth very well and funneled it through their group, so they are well organized on game days. We are delighted to see so many of our clubs grow, even as we enter new regions of soccer. River Plate from Argentina and Atletico Mineiro from Brazil both have very big and well organized supporters clubs here now. Arsenal, Fulham, Liverpool, Newcastle all continue to grow and the blueprint is certainly there for any new club. We always say that every club begins with just 1 or 2 people and from there the potential is endless ... BVB are a great example of that!

schwatzgelb.com: Thank you Robbie! These were a lot of interesting issues.

So let’s close this small interview with a recommendation for every Borussia Dortmund fan: Visit Legends, and if possible, join the perfect atmosphere when watching a BVB match. And if you will be not sure about purchasing a BVB Membership Card of the BVB Club NYC - Robbie himself delivered the best argument for buying one:

“You can take the fan out of Dortmund, but you can't take Dortmund out of the fan.”