A solid victory, more or less 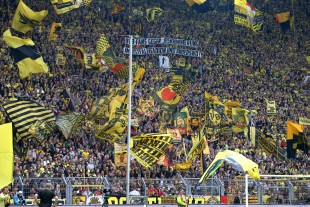 A lot was written about our injured players and about our starting line-up against Hannover 96. All these speculations where for naught since Marco Reus, Nuri Sahin and even Sven Bender where found in the starting eleven against our opponent from the north. Even though our line-up looked very good, the game wasn’t. Many miss placed passes on both sides and a lack of concentration in the last quarter of the field where the tenor of the game. This was on one hand expected since a lot of our boys just came back after 2 weeks of sickbed, on the other hand are the first 20 minutes of the game, where Borussia started just as we are used to.

The black and yellows had total control in the first 30 minutes of the game. And this dominating play resulted in an early goal. Durm, who again started for Marcel Schmelzer, played a 1-2 with Reus and then got fouled by Sakai, penalty (3.). Reus went for it and nailed it into the net for 1:0 (4.).

After that our dominating play style didn’t result in any more goals. Hannover did do a better job at defending, but especially in the first half made a lot of fouls to stop our boys. On the other hand one felt zero threatened by Hannover 96 and so what happened in the last 15 minutes was a game that looked like a friendly match and not like the first game in the Bundesliga after a 2 weeks break. The Fans, who supported the team greatly in the first 20 minutes, seemed to be lulled as well and so one heard us the loudest when the opponents of Schalke o5 or the Bavarian team scored against them. What followed where some nice combinations of Dortmund without going where it would hurt Hannover and some long-range shots from both teams which created more or less danger. All in all an uneventful first half and that wasn't about to change. 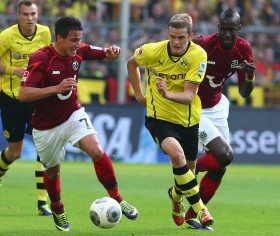 I suppose most of us expected Dortmund to come out again and play like they did in the first minutes, just as we are used to when Klopp does one of his halftime speeches. However the better team in the first minutes of the second half was not Borussia but Hannover. With some chances in the penalty area, as well as some shots from long-range. But to be honest those chances really felt forced rather than created and even though it got close one or two times, we still had Weidenfeller who was at the ready all times. Both team then seemed to decide that defending is not necessary and so we got some fast paced attacks with no resistance on each side, but none of these situations created real goal scoring opportunities. The game flattened after the 60. minute mark. Hannover tried, but couldn’t and Dortmund and especially some of our players just seemed exhausted. 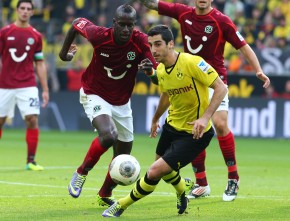 Anyhow after 93. minutes of football the game was over, Dortmund won 1:0 against Hannover with a hard-earned victory. Our injured players could, to say it in Klopps words, push open some valves for the upcoming match against Arsenal and I am quite happy to see that we again win games like these, just as we used to in our championship seasons, be it luck or hard work. The upcoming matches against Arsenal, who are in an amazing shape right now and leading the top of the table of the premier league, as well as the game against the Schalke X5 will be tougher, but so will we as we showed time and again that when it is needed the most our boys give it their all.

The match: "The game showed all our problems of the last 12, 13 days: The boys can and want to play football and did that as long as the tank was reasonably full. Then we stopped playing football, because of two reasons: Physically it was really hard for some. Two days of teamtraining is a little bit close. The other reason was that we drew ourself into the game of Hannover 96: long balls, going for the second ball - we couldn't play our game anymore. It was a wild back and forth. If someday hard-earned victories aren't worth anything anymore then I'm definetly here three weeks too long. Everything is fine, it was really intense for Manni, Nuri, Marco and so on."

upcoming match against Arsenal: "This a really important Unit for us today, the boys could push open some valves. We are much stronger after this game. The training is working now as well. Now we will shake the bones a bit. catch a breath, training one or two times and then we fly to London."

The match: "we did a grave mistake in the 4th minute, that led to the penalty. That is really bitter. But we go home with a good performance nevertheless. The team showed a great attitude over these 90 minuntes. We did lack the finish to score a goal. At the end we had some great chances. But a good performance doesn't count, because we don't have any points.