When I was a little girl, there were no memories remotely as happy as the ones from the ponyfarm. Riding on those little cute animals, getting sweets whenever I wanted, the whole family happily together – it was a nice time. Unfortunately, I never grew up to be a horse person. Even worse, when I was about ten I turned away from most of the other girly stuff, too. I loved sports and mud and the woods and I started to love football. And this football, the past three years with our Borussia, most certainly felt like riding ponies, eating sweets and spend nice days with the whole family all year long. We are all together back on the ponyfarm and also this season it doesn’t look like father is telling us that we need to go home pretty soon. 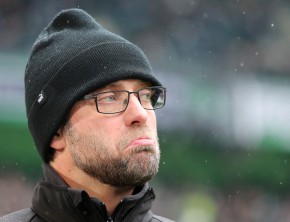 We are back on track in the Championsleague after a spectacularly unspectacular victory against the powerless French, even without our coach. We won ten out of twelve games this season, leading the Bundesliga table, moved to the third stage of the cup. And the next opponent are the ponies. It somehow fits. Sure, we should not underestimate the team from Gladbach, even though they are not performing as they imagined yet, being somewhere in the middle of nowhere with as many wins as defeats. They bought quite some good players, have strong offensive forces and the results in the past years have not really been in our favour. It is time to change that and we certainly have the means and the self-esteem to do so tomorrow. 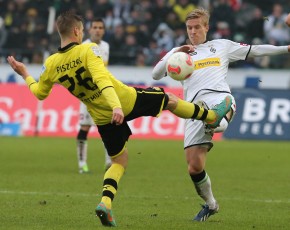 Sokratis will be out because of an injury, which means that the young Günter will take the place on the bench. Kuba will probably replace Aubameyang in the starting XI and Weidenfeller most certainly claims his place between the posts back from Langerak. There are no further surprises to be expected. But then again, surprises are hardly ever expected and Klopp has shown some preferences for late changes since the squad has the depth that allows him to do so. I would still assume that the two former forwards Durm and Großkreutz will be the wing-backs next to Subotic and Hummels. (Amazing how the “form your own perfect wing-back” kit works!) Bender and Sahin will play in the defending midfield not only because there are no alternatives since Kehl and Gündogan are still out, but also because they have proven many times that they are completing each other so perfectly. Mkhitaryan, Reus and Kuba will be the attacking midfielders behind Lewandowski, who still plays like one of these monkies that doesn’t hear, see or say anything. Except for the last part, unfortunately. Adding the coach on the outline and we really have a great team on the pitch.

Time to ride the ponies, YIIIHAAA!