Reaching the next Round as Lion Tamer 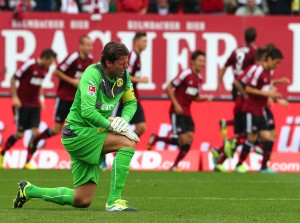 The grumbling was loud after the 1-1 in Nuremberg on Saturday.. within seconds you could read on several websites, that BVB has given away two points, due to player rotation, that it were especially those matches, that were the reason for the unchallenged top of the league Bayern München. And in general it is not acceptable to draw with 1. FC Nuremberg, a relegation battler. Furthermore there was the Champions League match, that has been lost 1-2 in Naples. And so the two last matches of Borussia already culminated in a sort of small "crisis", one has to turn around now. Thank Good our next opponent is "only" TSV 1860 München..

But seriously, for sure Black and Yellow supporters had wished for more than a loss in Naples and a draw in Nuremberg. Nevertheless it is also allowed to have a look not only on the results but also how they have been achieved. In Naples - most people agree on that - everything that could went wrong, went wrong. The coach expelled to the stands, defense boss injured, a straight red card for the goalkeeper.. Such matches (hopefully) exist only once in a blue moon and do not allow any conclusions 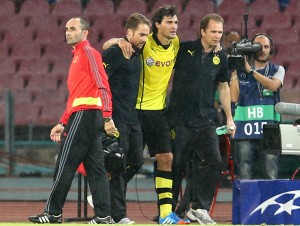 regarding the current shape or hopes for the future. The match in Nuremberg was not perfect, too, because Marcel Schmelzer as well as Marco Reus had to leave the pitch injured after 45 minutes (1-0 BVB). Still there exists the accusation about changing the squad on too many positions, an opinion I do not agree with. If you have to play on Wednesday - Saturday - Tuesday, it is not that bad to allow certain players having a break while young players like Ducksch or Durm get playtime. Especially at the moment, another injured player would be one injured player too much. Furthermore it is possible to equalise an unfortunate Bundesliga result in Nuremberg with 33 other matches, a fact that is not given in DFB-Pokal or Champions League. This is supposed to mean, that one can also be satisfied with one point without challenging the whole campaign. It is even grotesque to write down these lines due to the fact, that Borussia Dortmund are still table-toppers. But Bundesliga talk is over now, let us focus on the upcoming DFB-Pokal match against the "Lions" from Munich. 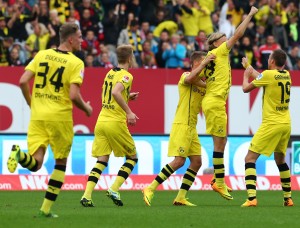 One of the main questions is which players will be available for today? The answer is not that satisfying. Mats Hummels, Marcel Schmelzer and Marco Reus are still questionable, still their appearances cannot be ruled out. Instead one can assume that Henrikh Mkhitaryan, Nuri Sahin and Robert Lewandowski will return into BVB's starting XI. This would not look too bad, Marco Reus (Kuba/Aubameyang) or Mats Hummels (Sokratis) could still be replaced with promising players. In addition the long-term casualties Gündogan, Piszczek and Kehl are still not available. The "Lions" have to do without Vallori (suspended) and Bierofka (knee operation). Nevertheless the team has to be warned. As coach Jürgen Klopp already said during the media conference, the "Lions" have the wish to return to the Bundesliga and did start well with 13 points out of 8 matches, heaving them up on position 5 in Bundesliga 2. And if you do not have a look on the insanity like investors, sheiks & co. that occurs around the club, there still exists an experienced XI that is able to play football behind the dusty exterior. Baggy pants-Kiraly, Benjamin Lauth, Rob Friend or Moritz Stoppelkamp.. this team - that reached the 2nd round through penatly shootout against Heidenheim - does not consist of drop-in customers. Furthermore there exists a certain motivation due to the fact, that the stadium will be sold-out since a long long time ago. 71,000 spectators are looking forward to Borussia Dortmund, maybe also to Oktoberfest, but surely to football. 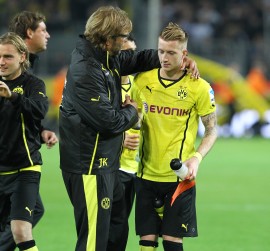 As a BVB supporter the outcome of the upcoming week looks obvious. Away match against 1860 Munich, this should mean the next round in DFB-Pokal. Home match against SC Freiburg on Saturday, three points should be possible. It is for sure that these expectations are no accident and is not without cause, but one has also keep in mind the next "English week" and the fact, that in football only a few things are no-brainer. 1860 as well as SCF have to be defeated first, BVB has the potential to do so, but one should be aware that not everything can go well. The best way to do, will be to greet the upcoming culinary travel with a Weißbier and Weißwurst, and then have a look on how our Black and Yellow boys do their job. In the end probably everything will be well again, and there will be no space left for grumbling or dissatisfaction. Kick-off is going to be at 7 p.m. CET.