Get ready for the first title of the year 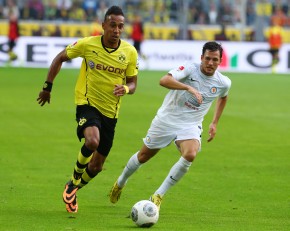 Have you ever asked yourselves what mathematicians do when they can't fall asleep? Well, occasionally I think about the Bundesliga and try to remember Borussia's schedule (works) or German cup finals (works back to 1987) or the results of our last ten away games in Stuttgart (eight correct). Stuff like that. What I figured out on Monday night is that Borussia is fighting for the inofficial "First four teams in alphabetic order championship 2013/14" tomorrow. The standings up to now: 1. Borussia Dortmund (6 pts, +5 goals), 2. Werder Bremen (6 pts, +2 goals), 3. Eintracht Braunschweig (0 pts, -2 goals), 4. FC Augsburg (0 pts, -5 goals). A draw would therefore be sufficient to clinch the (autumn) title, even though nobody in Dortmund would actually celebrate it. Not even me.

Let's thus focus on the regular "First 18 teams in alphabetic order championship 2013/14" . On paper, Borussia's start is almost perfect. We hadn't had two victories in the first two Bundesliga games for more than ten years now, and apart from Lewandowski's own goal on Sunday the rather loose defense from the summer friendlies looked (surprisingly) sharp. In addition, all three major signings already proved to be valuable players, even though Mkhitaryan certainly needs so 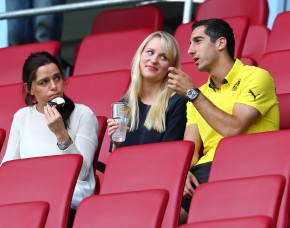 me time on the pitch both to get back to his standard level after his injury and to adopt to his team mates and their offensive style. On the other hand, apart from the final 30 minutes of each game (including Wilhelmshaven in the cup) we looked offensively neither as creative nor as agile as for most parts of last season. For this reason, this year's schedule appears to be great. We start with a couple of simpler games, and once our players are adjusted to each other the tough games in Bundesliga and Champions League are to be played.

One of these "simpler" games seems to be Friday's game against Bremen. Forget about the standings at the moment: Bremen lost 13 of their 19 Bundesliga games in 2013, and in addition they had their usual first round loss to a third division team in the cup, this year in Saarbrücken. And even their two wins against Braunschweig and Augsburg were far from being convincing, and both hardly deserved. What has definitely improved over summer is their defense (Bremen is the only team with a clean sheet in the Bundesliga), even though their best central defender is now playing for us. Offensively, having lost Kevin de Bruyne for Chelsea has made them even less competitive, proven by two meagre 1-0 victories with only a few more opportunities for goals. In this respect we can expect a similar game as the one on Sunday. Hopefully with a similar result.

Match day 3: You vs. the editors

Before we come to the possible line-ups, here's the bets for match day 3. I'm facing Ehab from Iraq this week, and given that I'm horrible this year (which comes partially from the fact that for superstitious reasons I never bet in favour of Borussia) he should have pretty good chances to win. Below you find my bets, once I've heard from him, this section will be updated. 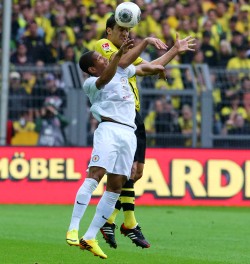