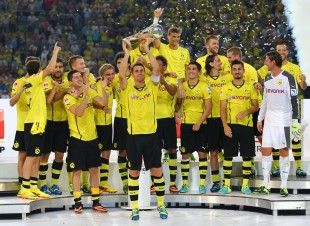 We are finally at the end of this cruelly long summer break with endless sunshine (must be something wrong there) and endless nonsense talking (that, on the other hand, is quite common in football-free times). At the end of a break in which even the waiting for and final arriving of our new promising signings and the millions we spent on them didn’t remotely create as much fuss as our involuntary striker and his two cookie monsters. So we spent the first half of the break in panic. Will all our players really leave as predicted by the media? Will we be able to avoid relegation with the few A youth players left? Will anyone really be willing to sign a contract with the Championsleague runner-up? And when the new players finally arrived, we spent the rest of the break in worry. Will they be worth the millions? Will we ever learn to pronounce their names? And will there ever be a day without any news about Lewandowski? But from now on, only the sunshine is left to stay a little longer, all background noises will fade away, we can finally talk about football again! 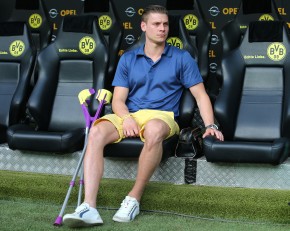 Football, do you still remember? It’s a game for 22 people that run around, play the ball, one referee who makes a slew of mistakes, and in the end Germany always wins. Gary Lineker’s most famous quote is nowhere more true than in the DFB cup. It’s also the only rule that applies for the cup, otherwise it is quite unpredictable. We’ve made our own cruel experiences with that in the past, but we’ve also had some very good ones recently. No-one who was there will ever forget about our journey to Berlin in 2012 (or 2008 for that matter) and no-one would mind to go again and celebrate once (or even twice) more in the capital next May. First obstacle on the way there is Wilhelmshaven, 4th division, tomorrow. Between all the rumours, quotes and shitstorms from and about Lewandowski, we were informed that most of the little bruises and illnesses are cured and only Mhkitaryan and Piszczek (for God’s - and the writer’s - sake, we really need some nicknames here) will be missing due to their injuries. Sokratis won’t be available either, he’s still banned due to a booking from last season’s cup.

So this means we will not see many of the newbies in the first game and we will probably not see Weidenfeller either as he is booked for the first Bundesliga games (don’t try to remember why, it would only screw your mood) and Klopp already announced that Langerak would start in the cup as well. This means we will probably see the team that will also start against Augsburg next week with Langerak, Grosskreutz (playing for Piszczek on the right), Hummels, Subotic and Schmelzer in the flat four, Bender and Sahin in the center as Gundogan will most probably play on the 10 again next to Reus and Kuba and His Majesty up front if he can lower himself to play for us. (King Klopp will know how to make sure about that, though!) 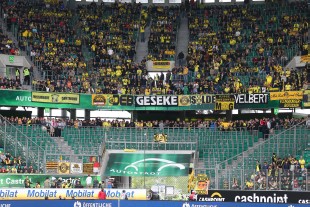 And there may be something more that will be missing. Due to the fact that Wilhelmshaven announced ticket prices from 20 Euro onwards (which is, by-the-way, 25% more than they asked against Augsburg last season in the first round), The Unity declared that they will not be present in the usual way. Many of the fans will not travel to the Northsea, the ones who do will not take their leading role and therefore, there will be no coordinated singing or clapping. It’s still to be seen what this will mean for the sphere. What is already sure is the fact that the price issue is far from finished – despite the big steps taken at the end of last season. Wilhelmshaven is not the only one to blame here, though, they need to give 40% of their receipts to the guest and another 20% to the DFB. So the DFB and the Bundesliga clubs that do not renounce are just as guilty and it’s only good that the fans continue their fight against the rip-off on their costs.

What’s left to say before we can all finally jump into football again head over heels? We should not underestimate our opponent? Check. The cup has its own rules? Check. Only because we do not know the names of our opponent doesn’t mean they can’t kick a ball? Check. We need an early goal to break their will? Check. We can’t win this one without giving 100%? Check. 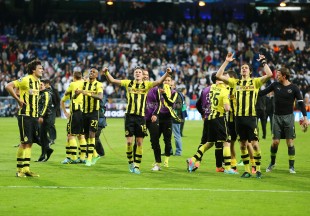 Honestly, it’s the same in every first round every year for every Bundesliga club. You can only loose, but usually it’s quite simple in the end. And if you’re one of those that is kicked out, you have to life with the shame. Let’s take care that it’s not us. Let’s make this another unbelievable, incredible, amazing, glorious, awesome, goose bumps rising season like the three last ones. Let’s start tomorrow!