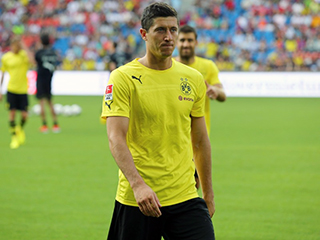 I assume that your trip into publicity won't mind you. Honestly these words are only meant for your eyes and ears, but you know how life goes. You publicize something that only concerns six to eight ears, sometimes in front of a microphone, sometimes while giving a television interview. Personal matters become public. It seems that this process obviously belongs to a “brand”, no matter if positive or negative. 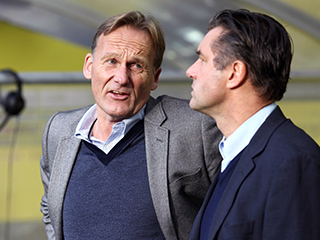 Why you desperately want to rattle at this fact is currently obscure to me. Of course I'm not that impartial as a supporter of BVB, and would, as many other million people around the globe tear out a leg, if there would be any little chance to play for Borussia in Westfalenstadion under the management of Jürgen Klopp. But I can try to blank out all this, perhaps to demonstrate to you, why you haven't made a bad choice with BVB. First of all there are the persons who are mainly responsible, these persons already dealt with your performances four or five years ago and had to grapple with your advisers over the whole period. A long time ago they discovered your huge talent and vast potential and took great risks, when they signed you from Poland.

They have helped you to tap your full potential! Jürgen Klopp is for sure one of the reasons for your stellar career. Already at the start in Dortmund he assisted and incited you to do better, even though you were not allowed to play. And he protected you at any time! Do you remember how he bawled out a Polish journalist in front of all media representatives, when this guy asked if you generally were good enough for BVB and Bundesliga? “You don't really know, how good this boy really is!” he yelled back then – and he was right. You are brilliant after you developed in charge of Jürgen Klopp, and since Klopp has customized your skills and the skills of your teammates to one unit. 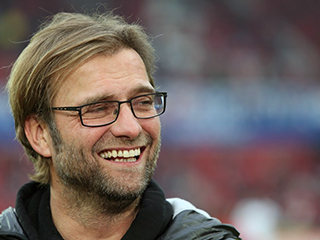 Because this is another secret to BVB's success: you are one team, composed in a perfect way! You are one team, in which players are signed because of their skills and not because of their names. You are one team, that perfectly accentuates the talents of every individual and masks the weaknesses of every individual player. Ask your (former) colleagues how they have done or do within other squads! Ask Marcel Schmelzer, how well he is integrated within his national side, when he was undisputed starter of “Double-Sieger” BVB back then! Ask Nuri Sahin, how he has done in Madrid or Liverpool, after your colleagues chose him as most valuable player of Bundesliga, in 2011. Ask Shinji Kagawa which part he plays in Manchester, after United signed him in exchange for a lot of money. And ask Mats Hummels, if he will play one of his famous long balls during World Cup in the upcoming summer. Jürgen Klopp counts on you and he has built a team around you. Nowhere else your skills will show off that much than with BVB. Do you really believe that Pep Guardiola, who is currently washing the (probably) best team of the world inside out, will completely adjust his style of play to your talents, just like Jürgen Klopp did and still does? 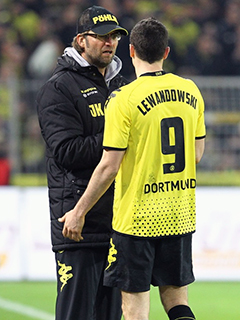 In general I'm wondering why you desperately want to go to Munich. Is it the city? Is it the money? In regard to branding I'm not really able to understand. You will leave towards an ensemble of stars, who are playing there for years and will restrain your rise, that you've began with BVB. You won't be the star of the team and the man who scores many goals, you will maybe simmer on the bench. Does this really match with your wish to become Polands most outstanding footballer? I'm sure that BVB is able to pay you more than several Euros and that Ruhr area offers wonderful spots of land, if you observe the great picture. And even though you don't want to stay in Dortmund and switch jobs, you probably would better preserved in Premier League, if it is your aim to brighten your fame and image. José Mourinho slobbered over you already one year ago, Chelsea is surely able to pay the same money Munich does and London is a terrific city – both of us could convince ourselves with BVB in the last years more than once.

But if you still want to go to Munich, which is a capital sin for many BVB supporters, you should not adjust to the manners that are valid down in the South, previously. Only because the president of FC Bayern is a confessed tax evader and even sometimes the chairman forgets the declaration of goods when he enters EU, only because the team doctor uses dubious semi-legal procedures in medicine (According to WAZ), and the coach faces several unresolved doping suspicions, you don't have to change your character and attack those people in public, who have helped you to become a world-class striker through hard work, trust and a lot of risk. That is not classy and especially not the style of Robert Lewandowski, who I have get to known as a great sportsman. In the interest of your “branding”, unprofessional behavior is not that advantageous.

In the end I would like to ask you, why you let yourself being respresented by Barthel and Kucharski by your own will. Do they know how many skeletons you have in your closet, that you are stooping down to their unprofessional level? Do you really feel to be in good hands with two people, who insult BVB supporters through spreading the word, that they would be tax dodgers? (via Twitter: "Many of those people who are chanting against Hoeneß, have never paid taxes themselves..")* Supporters who are fans of you for a long time, supporters that made you marketable and who pay your check in the end, through attending your matches to see you play? Do you really think this is professional and adequate, compared to your own performances on the pitch? 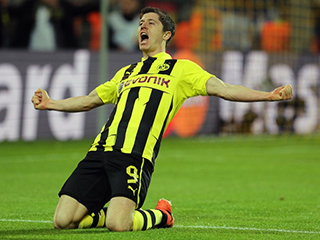 Dear Robert, I wish that you recapitulate as a sportsman and human, what you really want and how you want to achieve it. Unfortunately you and your representatives have done a lot during the last weeks to break down your potential memorial in Dortmund. When we think about you, we don't remember your four goals against Real Madrid, we think about your representatives and your own filthy statements. Is it worth it? Think twice! Maybe you finally recognize what BVB means to you – or at least, what you owe Borussia Dortmund.

* DISCLAIMER: This article has been made concrete after a friendly request by Eurosportsmanagement GmbH located in Liechtenstein and Poland, to avoid misunderstandings.