Good omen: Why Borussia will win in Wembley 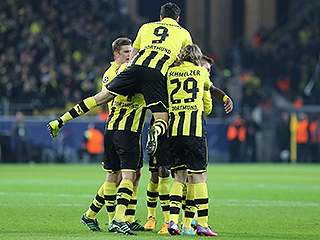 If you look for reasons why our glorious Borussia wins the final of Wembley, which is in fact neither a german nor "our" german final, you'll find many of them if you just follow your heart. You, me, all of us already know without a doubt which of the two finalists is the more awesome club.

And even if you try to take off your black-and-yellow glasses and listen to Übungsleiter Klopp, who just told the British Guardian that Borussia is James Bond and die Bayern are "the other guy" (the villain), our story from ground zero to Wembley matches a fairytale and probably any neutral football-fan should sympathize with our BVB, it's still a pretty subjective view on the topic. Today, your beloved schwatzgelb.com doesn't want to be subjective. We don't need the opinion of experts, fans or other oracles. We want facts! And that's what you're gonna get!

When BVB won the UEFA Champions League the last time...

...FC Porto became Champion in Portugal. Just like this year.

...die Bayern got champions in the Bundesliga. Gnah.

...Fortuna Düsseldorf relegated in the second division. Still sorry for that, boys!

...Hertha BSC got back up into Bundesliga. Welcome back.

...VfB Stuttgart went on to the DFB-Pokal-Finale. Good luck!

...a player of Bayer Leverkusen became top-scorer in the Bundesliga.

...die Bayern, Bayer Leverkusen and Borussia Dortmund finished on the first three ranks in Bundesliga - but in a little different order than this year.

...BVB won the championship in both years prior to the year we won the Henkelpott.

...Borussia lost the last match before the final with 2-1, on both occasions via a brace of one player in the opposing team. 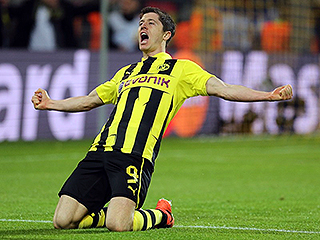 If you think that all these little similarities to 1997 are not enough, we got some more facts for you which can't be denied. Although there is one fact we can't confirm: some one said, that all european cup finals hosted in Wembley have been won by the "home"-team. That's rather not true because many statistics feature the winner always first, regardless if they have been "home"-team or not. We just want to hook you up with real facts like these:

BVB has won every single home match in this years Champions League and is set to be "home" team in Wembley again.

Die Bayern lost every Champions League match which was led by referee Nicola Rizzoli prior to the final.

Jupp Heynckes was coach in the only european cup final between two German clubs before Wembley - and lost with his side.

Borussia has lost every even european cup final and won every odd one - saturday is going to be the fifth final.

Last but not least: Borussia Dortmund won every single Champions League final they ever competed in.

Now the whole thing can't turn out wrong, can it? Nonetheless we all have to give everything we've got and scream from our lungs to make the dream come true. It doesn't matter whether you're at home, at Dortmund, in a pub or in the stadium - pick your part and do your best!