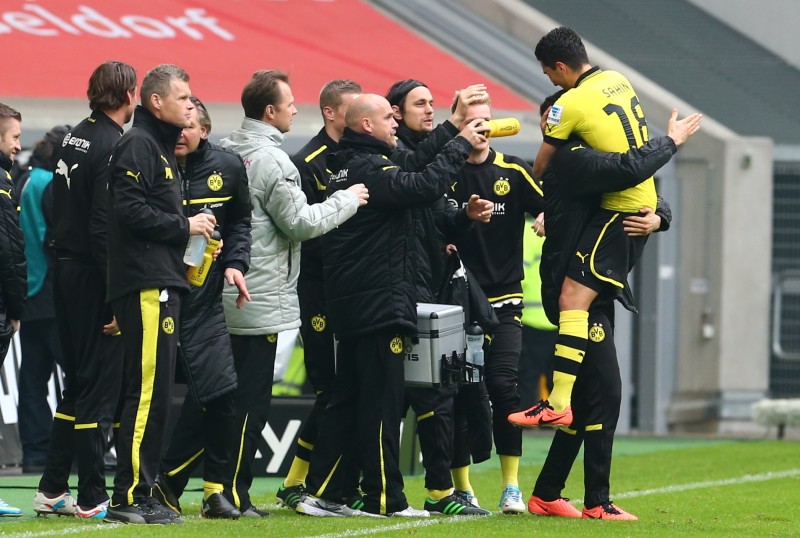 Surely, even if there is a saying like the next match is the most important one, Borussia Dortmund's 2-1 in Düsseldorf was a better warming up for next Tuesday's clash against Real Madrid CF. The black-yellow ones lined up a B-team, that lacked precision. Still it was enough to earn 3 points on the road.

Really, these are exciting times. Borussia Dortmund is on the way to Wembley! Having beaten Real Madrid CF 4-1 at home they now have to defend this result in Estadio Bernabeu. Inbetween BVB had to serve their Bundesliga duty against Fortuna Düsseldorf. With his line-up Jürgen Klopp made clear, that he is focused on Tuesday. The only regular starter was Mats Hummels. Our flat four was completed by Kirch, Santana and Großkreutz who played in front of goalie Mitch Langerak. Kehl and Sahin played in holding midfield while Jonas Hofmann, Bittencourt and Leitner served sole striker Julian Schieber.

In front of a capacity crowd of 54.000 spectators Düsseldorf started with more drive. In minute 4 Düsseldorf had a first approach. Ilsö played a fine pass to Schahin, who passed on to Bellinghausen. Santana and BVB goalie Langerak were able to clear. Only 3 minutes later the next attack. This time Schahin served Ilsö, who was finally stopped by right back Kirch. And indeed Fortuna Düsseldorf was now in the driving seed. 10 minutes into the match Schahin made use of a mistake by Mats Hummels but missed the goal. As a side note Mats Hummels is still trying to get back to his highest level. He was awful against Real Madrid and was also a little bit shaken against Düsseldorf. 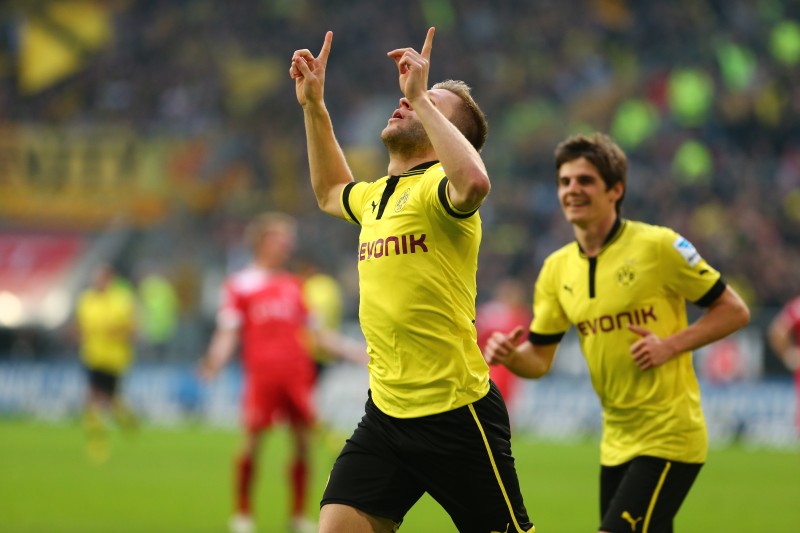 Borussia Dortmund didn't lower pressure and that paid off only one minute later. A turbulent scene in midfield saw Moritz Leitner playing the ball to Nuri Sahin. The Turkish national tried a shot from 35 (!) meters distance....and hit the goal - 1-0 BVB! The black-yellows were now going for a second goal. A freekick taken by Sahin tried to serve striker Julian Schieber in the box, but the ball was wide. Fortuna Düsseldorf had still some attacks from time to time. In minute 30 Schahin passed to Ilsö, who fired a dangerous shot, that was deflected and cleared by Mats Hummels. Both teams weren't able to create any more chances as they were sometimes struggling with technical problems. It was surely visible that especially Borussia Dortmund has never played in this formation and so both teams went with a 1-0 for the guest into the halftime break.

Neither Jürgen Klopp nor Düsseldorf coach Norbert Meier made any changes. It was again Schahin who served Ilsö in minute 47, but his shot was cleared by Sebastian Kehl. Fortuna was surely eager to raise pressure but somehow now lacked weapons. While Moritz Leitner initiated the one or other attack for Borussia Dortmund, it was Bellinghausen who tanked through BVB's box but was denied by Mitch Langerak. Norbert Meier made his first change and fielded Reisinger while agile Ilsö had to leave the pitch. Only 5 minutes later in minute 69 Jürgen Klopp also reacted. Blaszczykowski and Lewandowski came in instead of Bittencourt and Leitner. And what an impact both had! Lewandowski with a powerful pass to Sahin. The young Turkish midfielder played a magnificient pass to Blaszczykowski, who was running into the box. The Polish national converted cool as ice - 2-0 BVB!

And only a couple of minutes later Schieber was up and away but didn't manage to overcome Fortuna goalie Giefer. Jürgen Klopp threw in another profilic player, Reus replaced Jonas Hofmann. And again, only seconds later the new one was in the middle of the action. A sharp cut-in by Blaszczykowski was deflected by Giefer. Reus tried to capitalize but was denied by Giefer. While most of the spectators had now the feeling, that Düsseldorf wouldn't be able to come back, Bodzek raised tension in minute 88. A freekick found his head and it was 1-2! So, 5 last minutes of adrenalin. Bellinghausen paced into the box but was again denied by Hummels. And finally there was a last arouser. Latka fired a well placed header direction left lower corner of Langerak's goal. With an incredible acrobatic move the Australian goalkeeper saved this last attempt - final whistle!

It was surely not brilliant match. Borussia Dortmund fielded a better reserve team and so the black-yellows lacked precision. Nonetheless BVB did their duty and earned 3 more or less deserved points. But really, everyone is looking to Tuesday's clash against Real Madrid CF. Borussia Dortmund have the historic chance to participate in this year's Champions League final! 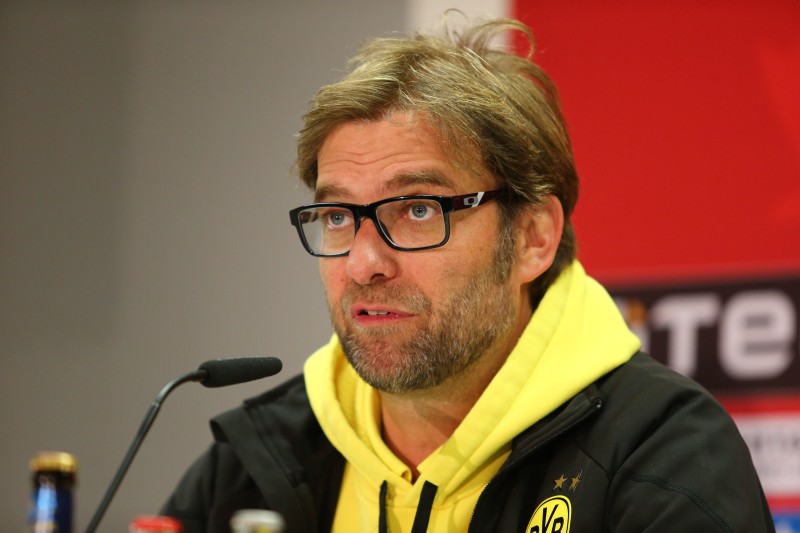 Norber Meier: "Today you could see, that our team gives it all. That's also our plan for the last 3 matches. I am convinced that we will avoid relegation."

Jürgen Klopp: "The young ones did a great job. We have to stressed that out. We had some nice chances to score. In the dying minutes Düsseldorf was going for the equalizer, but that is normal."