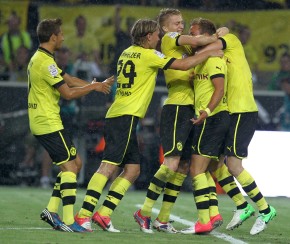 After more than four dreadful, desperate and boring weeks without football, the ball will finally roll again on Saturday 18:30 in white and snowy Bremen. On the pitch? Our wonderful Borussia from Dortmund of course.

Truthfully, the weeks before the winterbreak were rather difficult, especially from the view of the fans. There were quarrels and debates everywhere and the union around the team, the officials from Dortmund and our fans got their first scratches. The reason for that? A paper, that the DFL brought out after most of the officials of the German football teams had agreed on the teams. Now, overall the paper was not terrible in all points, but there were a few doubtful ones the fans protested against. Somehow this got out of hand and Dortmunds officials wrote an open letter to the fans to finally support them again. Not the smartest move to be honest- some felt rather betrayed and simply not understood.
So the winterbreak started rather furiously with tough debates and a Cup Draw called Bayern Munich. After some peaceful holidays and hopefully a good new years celebration for everyone, Dortmund had a present for all of us as well. Nuri's comeback to Dortmund. Me, personally? I almost cried out of joy. But Henry and Vanni have already pointed out enough about that transfer, so this is simply my "welcome back home Nuri" part in this text. 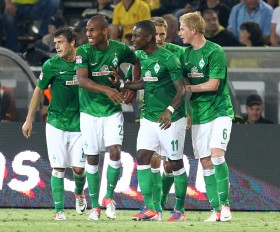 So our opponent for Saturday evening is called Werder Bremen. A team whose stadium is actually still named the original way: Weserstadion. During the rather warm months always a pleasent away trip, since Bremen is a beatiful city and the stadium lies right at the river Weser, where you can have one- five bears before the game. Now it is snowy and freezing, so no bears on the grass, and the guest stands are rather terrible to be honest, but let's take a look at the team Bremen as well.

They had lost their manager shortly before the winterbreak because Allofs decided to join the charismatic and charming and overly popular team from Wolfsburg to do the next step in his career. Whatever. One of his first acts in Wolfsburg? Buying Perisic who was not happy with his role in Dortmund. For Bremen the loss was a rather difficult fate and we will have to see how this team managed their break, since their first half of the season was a rather bumpy ride.Bremen is still hoping to go back to international business since they were a part of it for so many years. In order to do that, they will have to play a much better second half of the season than they played the first one. 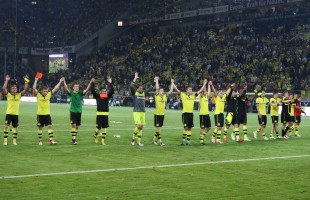 As for our lads- Subotic will definetely miss out on the game due to his injury and behind Piszczek and Kuba there is at least a question mark. Hopefully both of them will be alright again tomorrow. The winter break is finally over, let's forget all about the arguments we had before the break and concentrate on what we all know best. The team, playing football and hopefully win the game and we will be there for the support of course.