It?s time for the truth! Borussia Dortmund only at number two in Germany! 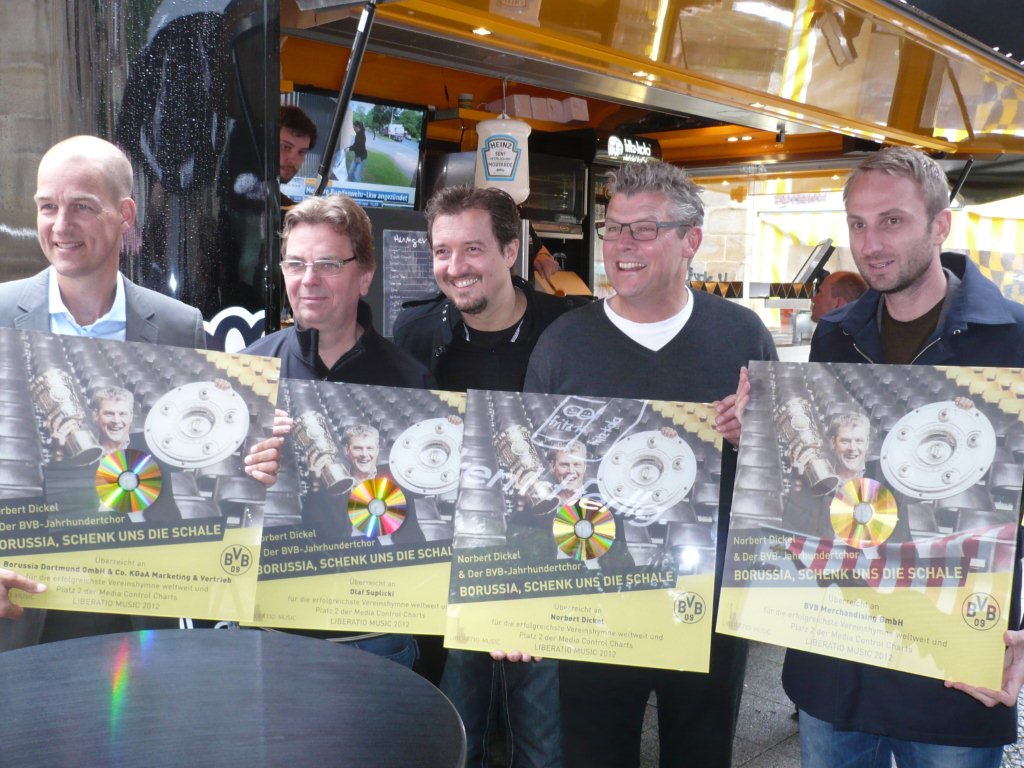 Yes, it is time for the truth! But please don’t panic when you read this dramatic headline. There was neither a downgrade for our club nor Borussia hast o return the Schale or the cup! The reason that Borussia Dortmund is “only” at number two you will not find on the green but you will find it currently in Germany’s music charts.

Norbert Dickel, with two sensational goals, Borussia Dortmund’s cup hero from 1989 and since many years stadium commentator in our mighty Westfalenstadion can be proud about his newest activity: Some weeks before Borussia won Meisterschaft and Pokal he published a CD single “Borussia schenk uns die Schale” (“Borussia give us the Schale”). It was the first time in his life Nobby acted as a music star – and what happened? The single with its catchy melody and prophetic lyrics made number two in Germany. Up to now it is the most successful club anthem in Germany and went straight to number two in the charts. 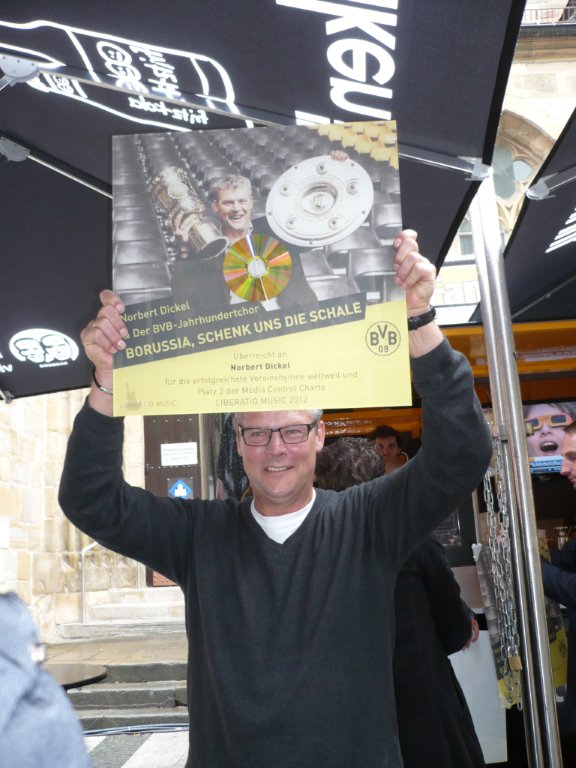 So, last week a golden CD was given to Norbert Dickel from media control, the company responsible for analysis and reports about the music sales in Germany. There could be no better place for handing over the award to Nobby than his new opened Currywurst stall in front of Dortmund’s old church “Marienkirche”, one of the best places in Dortmund to enjoy a delicious “Currywurst” and French Fries. “Did you expect such a big success with your CD single?” a reporter from a Dortmund newspaper asked Nobby. “We had some hope for good sales” he replied, “but this is far above all our expectations!” “Such a big success for such a poor singing voice” was the tongue-in-cheek comment of Carsten Cramer, Borussia’s marketing manager. Anyway a poor singing voice or not – the song is 1909% Nobby Dickel and 1909% Borussia. And – most important: It’s the only number two we accept without any reservation in 2012! Thank you Nobby and all the others who were involved in the production of the CD, a really marvelous number two!