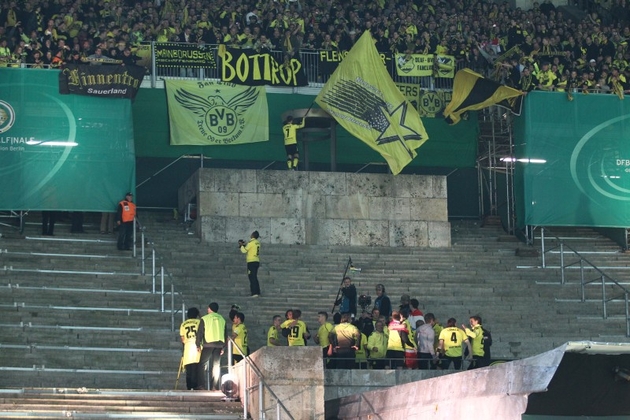 After a long and successful black and yellow year, Borussia is about to play its last match in 2012 tomorrow evening when they welcome Hanover 96 to one of the eight matches in the round of the last 16. Normally, it would now be appropriate to quickly review this year that passed by so quickly with such numerous emotional and sportive peaks. Fortunately, Borussias officials published an open letter addressed to their fans today, that took up exactly the approach to have a look back at the past 365 days.

“Dear BVB supporters,
Borussia Dortmund looks back on maybe the most successful year of their 103 year long club history. As a big BVB family, we celebrated the “Double” composed of the German championship and the national cup victory. A few month later we finished the champions league preliminaries with the Spanish national champion Real Madrid and the English champion Manchester City as a confident winner. Everything achieved without making any debts. A proud year for us! Our young squad and you supporters did fit like wax together. Entire Europe did admire the “We-Feeling” that grew in Dortmund in the last year. How respectful we treat each other. How intensive and real the togetherness in our very special club is [...]. Tomorrow the last act of this stunning BVB-year will take place in the Westfalenstadium with 80,000 spectators and millions in front of the television. One more time it is about all or nothing, it is about the hard match against Hanover 96, about advancing in the national cup. And in the end it is especially about dreaming the dream of one more legendary evening in the Olympic Stadium in Berlin. It is about days like these back in May 2012. [...] You fans undoubtedly deserved that the national cup will remain in Dortmund beyond the upcoming summer. [...]”

Well, excluding the parts in which our officials talked about the consistent dialogue between us fans and the club and further asking to quit ceasing the support as a measure against the ongoing frictions between league officials, fans and the upcoming threat of fan right restrictions, I totally agree with the statement of our officials. 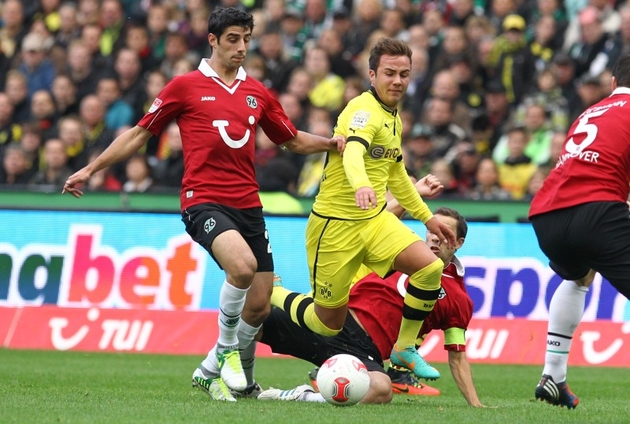 We can proudly look back to a fantastic year that may be impossible to copy or even to outperform. A small step in the right direction would be one last, good fight in the sold-out Westfalenstadium in a floodlight atmosphere against a highly motivated and always dangerous opponent. With Marcel Schmelzer and Sebastian Kehl, two important players come back to the squad to help vanquishing the national cup course against Hannover 96 (four games, four defeats). For Dortmund, it is official match number 47 this year, for Hanover, which is also still playing in three competitions, it is already official match number 53. The first clash of both teams in February this year could win Borussia at home with 3 -1 goals followed by a hard contested draw in Hanover in October 2012. 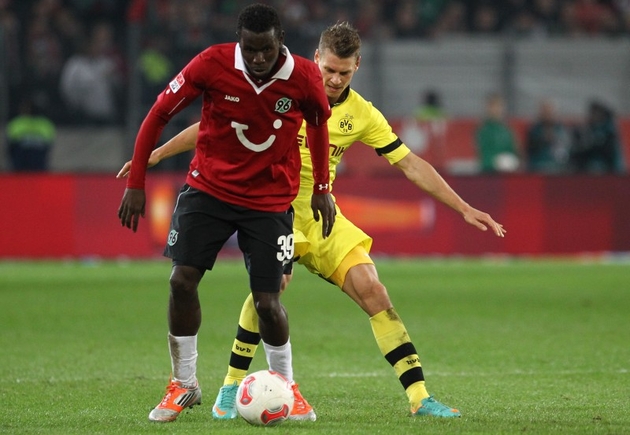 Although Dortmund may have the individually stronger players, Hanover will confront us with an effective and well-adjusted tactical presence. Their fast switching into offensive play after gaining the ball is extremely dangerous and especially useful against a team such as Dortmund, who try to overcome their opponents with ball possession and a well-structured offensive play. Either way, it will be a special evening tomorrow morning and only the team that accepts this last challenge and is willing to give the very best one last time this year will remain victorious and go through to the next round, closer and closer to another legendary night in Berlin.