Continuity in the League is demanded 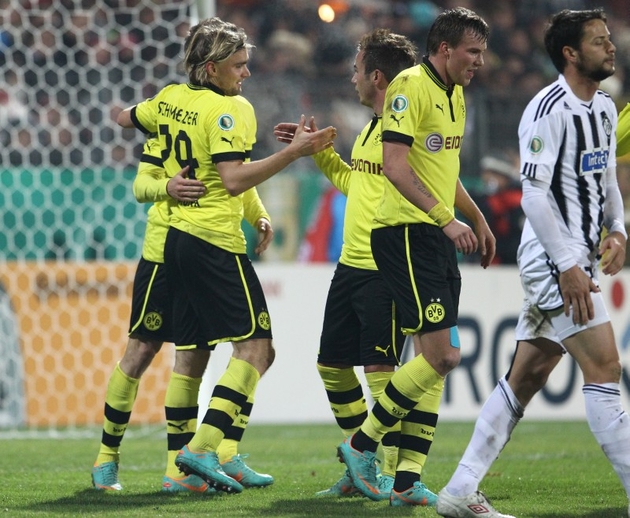 Borussia did a good job in each last match in the three competitions. They defeated teams being completely different, starting with the Spanish champion Real Madrid, over Freiburg, situated in the lower midfield of the league, to VfR Aalen from Germany's second league. So it is visible, that the level of difficulty in the matches decreased theoretically. But anyway, all the victories were hard work, as our team had to keep up the tension after the fall of international status of their opponents, which is not a natural thing. Performing the task to make a step forward in the Champions League, the Bundesliga and furthermore in the Cup, is of great importance for the Ballspielverein.

But after these varied days, the following aim is to get stability in the league, as it is our everyday-business. Staying in contact with the teams at the top or even climbing up the table (this became more likely, after two of these teams, namely Frankfurt and München, failed in their last matches) is absolutely necessary for the future. Since Dortmund showed heavily changing performances during this season in the Bundesliga, the point of time to establish continuity arrived now. This aim can be reached by doing a good job and succeeding on Saturday. Our team will face VfB Stuttgart at 3.30. p.m. CET in the Westfalenstadion, which is already sold out as usual. 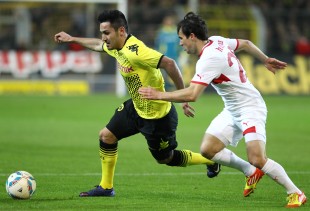 The VfB is situated on the 8th rank in the league and owns 12 points, which means, they are quite close to us, as we have 15 points on our account. In addition, the good form of exercise of the team is also underlined by the fact that they won 3 of their 4 past matches. This performance gets even greater esteem, if you take into consideration that one of the losers was Eintracht Frankfurt, which is the most positive surprise of this Bundesliga-Season upto now.

Regarding the last achievements of Stuttgart it becomes clear that our team will face a big challenge this week. We must especially keep a safe order in our defence, because Stuttgarts Top-Striker Vedad Ibisivic showed his skills in the opened season, by scoring 5 times the last 4 encounters. But beside him, only Martin Harnik showed a particular will to score. Summarized, the Vfb only collected 10 goals since now, while on the other side they have already 15 goals against. 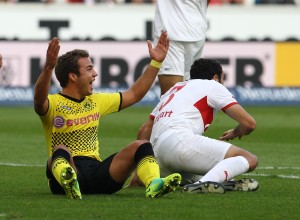 This gives us another reason to believe in the victory of Black and Yellow, already being proved by the fact that almost all our important players are able to participate in the match, apart from Kuba, who still suffers from his injury, and Sven Bender, who will only be ready for the game against Madrid on the 6. of November. In addition to that, Patrick Owomoyela is not in attendance up to January next year. But there are plenty of other possibilities for the postion in the defensive middle field, of which Gündogan and Kehl (who is supposed to be back in the team after a short breather in the cup) are most likely. Furthermore, Mario Götze is expected to join the team again from the beginning on, so that the line-up could equal the one against Freiburg.

Taking all this into consideration, we can be optimistic to succeed again, but only if we are aware of the importance of this event, which can bring us the needed stability in the League. Moreover, we are happy to see our team back in our loved stadium after two away-games and the fans there will do the support as enthusiastic as usual, as we were given lots of reasons to be proud of the BVB in the immediate past.