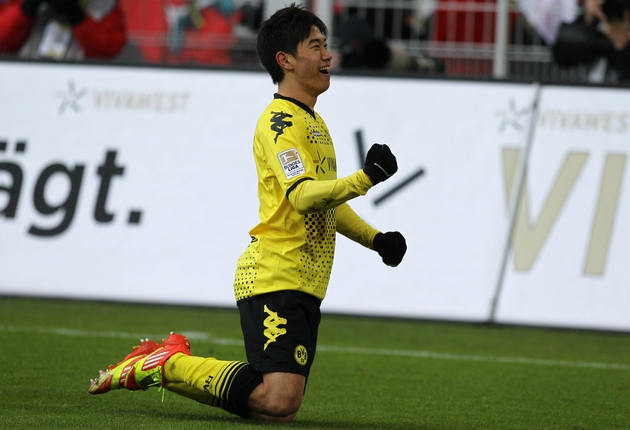 Maybe the lacked the superb style of play that trashed Hamburg, Hoffenheim and Nuremberg over at least 60 minutes, but in the end Borussia Dortmund showed a rock solid performance and beat Bayer Leverkusen 1-0. So the Westfalen boys stay on top of the Bundesliga for another week

Borussia Dortmund have some nice weeks behind them. The started with 3 wins into the return leg and progressed to the semi final of this season's DFB cup. So the mood was quite ok at Strobelallee.

Maybe the biggest news was Sven Bender's return to the squad. The more or less unbreakable holding midfielder torn his ankle last week and a first prognosis saw him out for at least 2 weeks. Nonetheless Bender made it back into the starting line-up, accompanied by Sebastian Kehl. Hummels, Subotic, Piszczek and Schmelzer made up our flat-four in front of goalie Roman Weidenfeller. Kevin Großkreutz on the left wing and Kagawa in attacking midfield were joined by Kuba on the right wing, who replaced Mario Götze, who is still out for a couple of weeks due o injury. Robert Lewandowski was our sole striker.

Guest coach Robin Dutt, his father is of Indian origin, needed to replace left back Kadlec due to a suspension. Oczipka replaced him. Former German superstar Michael Ballack again missed the starting line-up and had to deal with a place on the bench. In attacking midfield Sven Bender's twin brother, Lars, started. 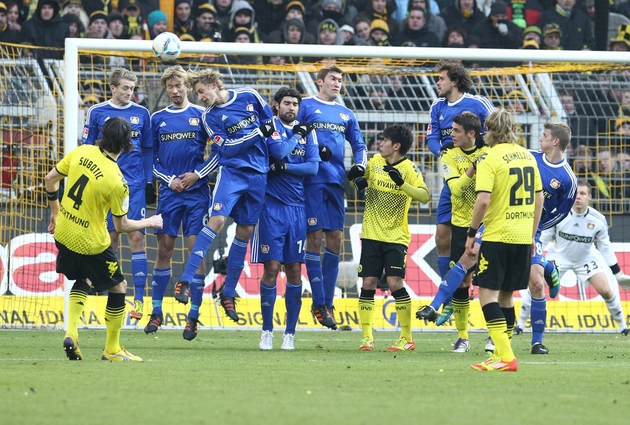 In front of 80.400 spectators and about -10° Celsius Borussia Dortmund started furiously. In minute 4 and Großkreutz and Kehl had first approaches. Leverkusen needed until minute 7 to find the way to Borussia's boy, when Castro's freekick was cleared by Subotic. The following corner kick became a little bit tricky as Castro played a more or less curve ball, that nearly crossed the goalline. Roman Weidenfeller needed a fine save to deny that one. Only a couple of minutes later Großkreutz found Kagawa up front, but the tiny Japanese national missed the goal totally. After 15 minutes Dortmund somehow lowered the pressure a bit, nonetheless Bayer Leverkusen was standing deep in their own half and had only minor approaches like in minute 31, when Bender was up and away on the right side. His cut-in was finally cleared by Piszczek. Borussia Dortmund now somehow lost touch and Leverkusen hadn't big problems to keep their box clear. It took until minute 40 when Großkreutz was in a superb position about 10 metres in front of the goal half left position. His lousy shot was easily cleared Leverkusen goalie Bernd Leno. When everyone thought, this match wold go into halftime break goalless, Shinji Kagawa had still a last one for us. Kuba got the ball in midfield and played a mid-distance pass to Kagawa, who was waiting about 35 metres in front of Leverkusen's goal. With a fake action he move past a Leverkusen midfielder and headed for the right side of Leverkusen's box. Oczipka, who made a last desperate tackle, was left stunning, when Kagawa fumbled past him. The tiny Japanese used his left foot to finish and Bernd Leno only managed to deflect the ball into his own goal – 1-0 for Borussia! And that was definitely the last highlights of the first 45 minutes.

Both coaches didn't see any need for a change and so the same 22 men entered the field after the halftime break. Leverkusen continued, where they stopped in minute 45. They stood deep in their own half, with only very few approaches or even attacks. One fine attack the played in minute 50. Lars Bender stormed down the left wing and played a fine high cut-in, that found André Schürrle, who tried a volley shot. Weidenfeller need a solid save to prevent the equaliser. Borussia needed some time, to get back in gear. In minute 57 Lewandowski nearly found a hole in Leverkusen's defence, when his pass heading for Kagawa was cleared in the last moment. Neven Subotic tried his luck only minutes later, when he lobbed a freekick 20 metres in front of the goal only centimetres over the goal. Kagawa, who was red hot today, played a superb pass to Großkreutz in minute 64, but the Dortmund-born player found his master in Bernd Leno. Kießling, remember he is a Leverkusen striker, nearly made it 2-0, when he cleared a ball by head in front of his own goal and nearly hit the net. Jürgen Klopp used his first substitution in minute 77, when Barrios entered the pitch. Robert Lewandowski, who was not that effective today, left the field. And Barrios wanted to do the same he did last week. Only 5 minutes on the pitch he was found unmarked but was offside. Jürgen Klopp now felt, that it would be the best to bring those 3 points home. So Perisic and Leitner got their couple of minutes and Kuba and Kagawa left. Borussia played it cool and so Leverkusen wasn't able to create any chance in the dying minutes. 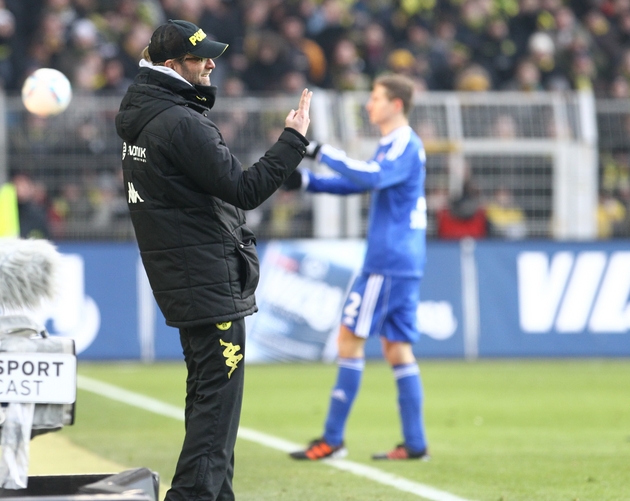 It was really important to keep the moment. Though this forth win in a row in the return leg was not that stylish, our boys showed, that the are also able to win a match like this. Nonetheless there is now doubt, that Dortmund really earned those 3 points. Leverkusen was way too passive and had only 1 (!) real chance to score. Borussia Dortmund is now heading to the capital to face Hertha BSC, while Leverkusen take on giants FC Barcelona at home in the Champions League.