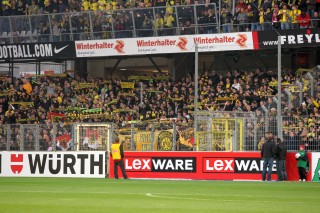 The year turns old and the weather turns bad. Oh, as if this was not enough, Freiburg is ahead! If you will ever have the chance to visit Freiburg, there is no time to lose! A beautiful inner-city with small streams reminds you of an Mediterranean town and an evening with a good bottle of wine. But if you will ever have the chance to visit a match of SC Freiburg – STAY AWAY! Way too long does it take until you reach Freiburg, way too small is the Dreisamstadion that regardless of its non-appeal, found a new name giver to squeeze out the money out of football capitalism.

You probably recognize my frustration and my uninspired writing style today. But to defend myself: The ongoing injury crisis of Borussia Dortmund and the shitty weather that crosses Germany coupled with the unattractive and boring SC Freiburg causes this mental constitution. Further words about Freiburg are not necessesary due to the fact that my grandmother riding a bike would be more attractive. 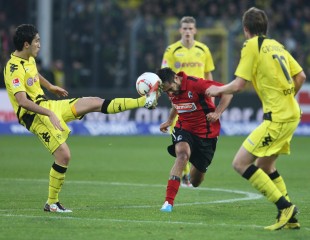 After the unfortunate draw against tradition club 1. FC Kaiserslautern, one should not be falsely alarmed. With our current position in the league, the team reached a satisfactory result that assured our position as powerhouse behind FC Bayern Muenchen. Our players are no machines but humans that are allowed to make mistakes and look out on a bright future. In connection with our (wise) club philosophy, personal backstrokes are all too human and forgiven. Sometimes even eleven friends are no longer able to replace injured regular players. As I mentioned in my last warm up report the trouble is how to solve the problem? With Neven Subotic (midfacial fracture), Sven Bender (double jaw fracture), Moritz Leitner (rib fracture) and Mario Goetze (torn muscle fiber) Juergen Klopp has to do without four key players. But there is at least an light at the end of the tunnel. Skipper Sebastian Kehl resumed training this week and by all indications will be able to stabilize our defensive midfield against the southern Germans. Furthermore Ilkay Guendogan got well again after his cold. Our coach lays stress on the importance of the two upcoming matches and classified them into the "Time of Challenge. Everyone gears themself up for Christmas. We cannot and we are not allowed to do so, because there are still two important matches ahead." 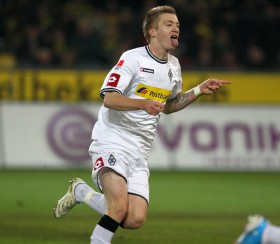 With his thoughts about a move from Dortmund to another club, Lucas Barrios caused a sensation. Since the performances of Robert Lewandowski exploded, Barrios stands on the sidelines. Asked on the South-American Klopp answered: "I don't see a reason for talking with him about his current situation. Because of his qualities and history with BVB it is normal that he is dissatisfied. I don't have to talk with him about an unlikely transfer." Keep working hard Lucas!

Another transfer rumor appeared today. According to German "Sueddeutsche Zeitung", Borussia Dortmund vies for Marco Reus services. The shooting star, who was born in Dortmund, plays for Gladbach and is much sighed-for. FC Bayern Muenchen has also designs on the attacking player. Suspect is the transfer fee that would be around 18 million € and actually collides with the transfer policy of Borussia Dortmund. Nevertheless an interesting rumor that will keep the boulevard busy around the next weeks.