Getting back into competition 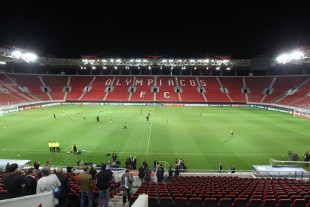 While the whole country of Greece is in a deep crisis and you can't miss the news about a new mile stone of this financial disaster, Borussia Dortmund will pay no attention to that when they will play Olympiacos at today's Champions League match. Moreover, there is still much to concentrate on since everybody knows that only a win is a reasonable result at this away game. After the 1-1 against Arsenal and the bitter 0-3 defeat in Marseille, Borussia is on a desperate search for three points to stay in competition for the second rank as well as the third place in the group stage which would still open the gate to the Europa League.

Olympiacos lost both matches to the Gunners and the French, 1-2 in London, 0-1 against OM and therefore has the same circumstances going into the match than mighty Borussia. While the Greek football is in a big crisis as well, a victory in the Champions League would put a smile on the faces of the supporters of Piräus once again. However, our team knows about the importance of the game since everybody, no matter if manager, player or coach pointed out that it is only about winning and a draw would not be enough. I subscribe to that thinking even though it should be pretty clear that it won't be an easy game. 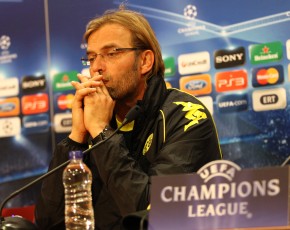 On the one hand, Borussia still struggles with some injuries. Patrick Owomoyela who scored the 2-0 in Bremen on Friday after his long missing time will be out of action for two more weeks because he suffered a torn muscle fibre and Lucas Barrios who found himself on the bench after coming back from his injury won't be able to score as well. Suffering from a calf muscle strain and a vertebral blockage, he will stay in Dortmund. However, Marcel Schmelzer is back in the squad again and most likely to take his place on the left defensive side, replacing Chris Löwe after three weeks of injury. This leaves a vacant spot only on the right defensive side since Lukasz Piszczek was out last Friday but as it seems today, he could step in once again. In case he is not able to do so, Kevin Großkreutz is most likely to play the right defender. Skipper Kehl probably will be in the starting line-up as well with Ilkay Gündogan having a seat on the bench. However, it is not easy to evaluate on the starting eleven these days since we have witnessed several changes – more or less surprising ones – over the last few weeks. But since we have a great squad with many talented players, we could be optimistic that the eleven standing on the pitch will be hot as hell to win this very important, indicatory match.

For the supporters willing to travel to Piräus for the away game, it is a tough challenge to overcome. Due to the chaos in Greece and the air traffic controller strike, most of them could not make sure to make it to the stadium in time. On the other hand, some of them are not even sure if and when they will manage to get back to Germany. Let's just hope that everyone travelling to Greece has a great time over there and will find his way back home in time to see Borussia playing against Cologne on Saturday. However, the atmosphere in the stadium will be worthy to be a Champions League match because the Greek fans are known as highly emotional and passionate. It would not surprise me to see the one or other pyro in the Karaiskakis stadium which can include 33.296 fans. 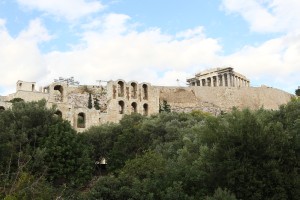 Now I could try to speak about our opponent and more specifically the players of Olympiacos. However, it is hard to evaluate on the team since several names are not very known here in Germany. So I would just stick to the fact that every team which makes it to the group stage of the Champions League has some reasons to be there and should not be underestimated. However, after the recent results of Borussia in European competitions (including last year's Europa League run), it would be great to see the Deutscher Meister gaining three points once again. And with the three points and another victory at home against Olympiacos, we would certainly be back in competition to overcome the group stage. Go, Borussia, Go!

For those of you not having the possibility to follow the match on television, the crew of schwatzgelb.com provides you with a live coverage. Mighty steph will give you all information on the match. The live ticker can be found here.